Making a game one post at a time - PART 2 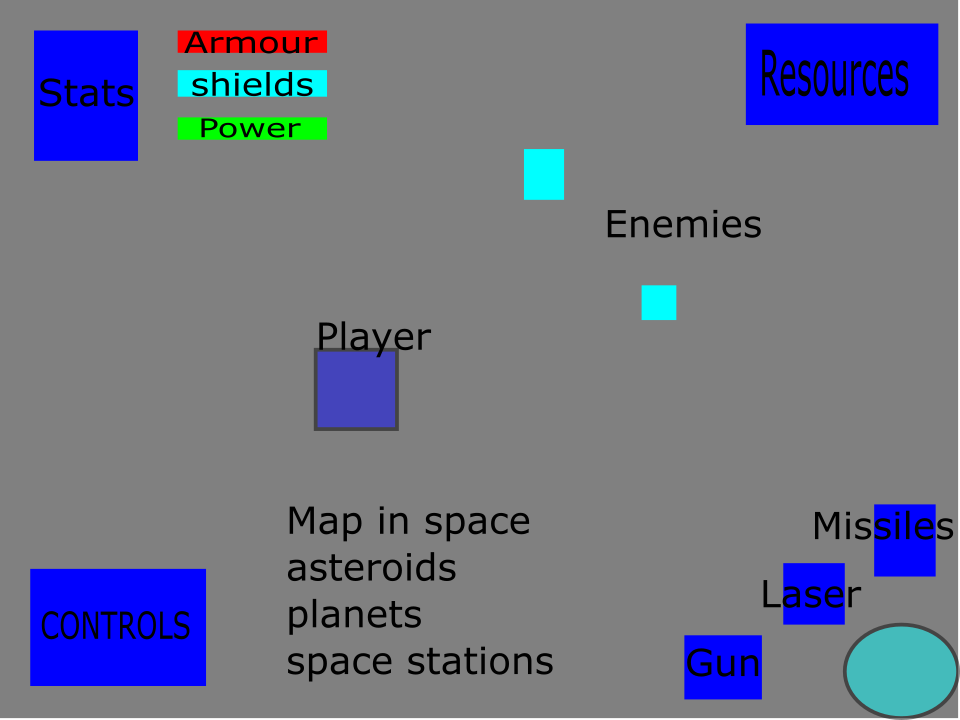 A bit of world building

When we last left off, the extent of the progress made was at best a few notches shy of the blank slate.

Working towards making a game located in space, about a human battleship being lost in space and trying to survive the trip home.

In order to get past this sad looking "screenshot" will require a bit of a plan.

There are really two directions to start; either start with the programming using blocks or start with the art. Since my art skills are limited I will be best off to test those limits.

With a measure of my capacities to draw, it will be less of an issue to determine the limits on the scope. What I mean is that in my mind, the player will control a ship that has weapons mounted on the top, some slots for power (to force decisions; do I want that 1 super gun or 2-3 smaller guns for ex), slots for the weapons that will rotate to target, a radar that will extend the fog of war, and a launch bay for small fighter ships and/or mining ships to gather resources from asteroids for example.

Might as well start with a rough draft that can be used as an outline to create usable game art.

Something of a blend of the enterprise and the battlestar galactica after putting pen to paper, but having a general shape at least will be useful. It looked a bit less funky in my head, but mostly needed a starting point that I can clean up along the way.

What software to use?

I've always liked the sound of free, even though most of the time free winds up costing much more than paying up front. Luckily, with the open-source software, some of these free alternatives are built by passionate people with different motivations than simple profits.

In this case, after weighing options, have opted to use Inkscape - the best free and open source vector art software to make vector art to use.

Anyone unfamiliar; vector art is a bit different than the paint program most are familiar with where the drawing is made pixel by pixel. Instead it's about drawing shapes (squares and circles mainly) and layering them together to create an image. This allows the image to scale up and down without losing quality.

I am really interested in anyone's thoughts, opinions, questions.