What do we mean by ‘COVID-19 changes your brain’? 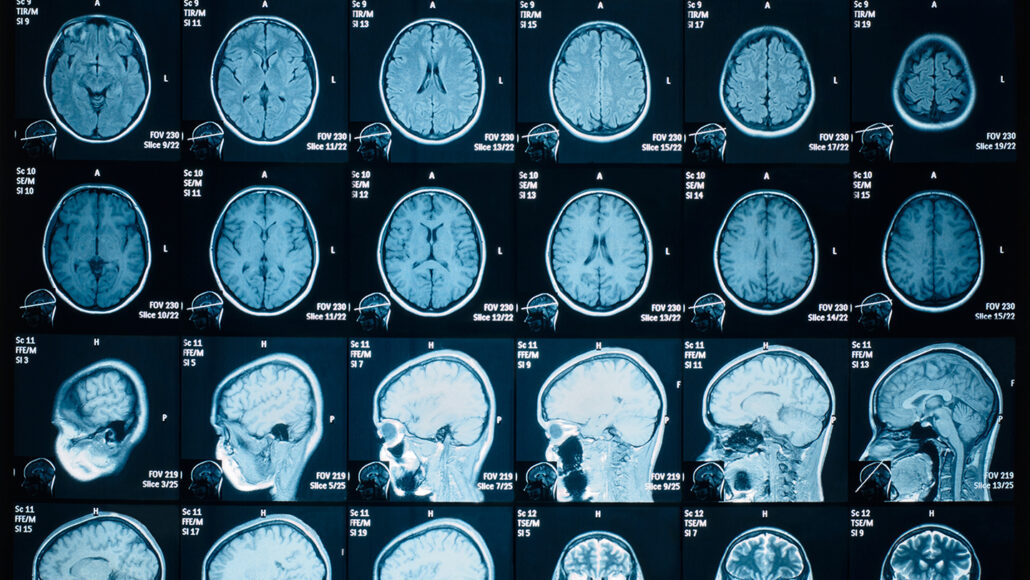 Like all writers, I spend large chunks of my time looking for words. When it comes to the ultracomplicated and mysterious brain, I need words that capture nuance and uncertainties. The right words confront and address hard questions about exactly what new scientific findings mean, and just as importantly, why they matter.
The search for the right words is on my mind because of recent research on COVID-19 and the brain. As part of a large brain-scanning study, researchers found that infections of SARS-CoV-2, the virus that causes COVID-19, were linked with less gray matter, tissue that’s packed with the bodies of brain cells.
The results, published March 7 in Nature, prompted headlines about COVID-19 causing brain damage and shrinkage. That coverage, in turn, prompted alarmed posts on social media, including mentions of early-onset dementia and brain rotting.
As someone who has reported on brain research for more than a decade, I can say those alarming words are not the ones that I would choose here.
The study is one of the first to look at structural changes in the brain before and after a SARS-CoV-2 infection. And the study is meticulous. It was done by an expert group of brain imaging researchers who have been doing this sort of research for a very long time. As part of the UK Biobank project, 785 participants underwent two MRI scans. Between those scans, 401 people had COVID-19 and 384 people did not. By comparing the before and after scans, researchers could spot changes in the people who had COVID-19 and compare those changes with people who didn’t get the infection.
After a bout of COVID-19, people had, on average, less gray matter in parts of the brain that help handle the sense of smell. That’s an interesting finding, especially given the virus’s ability to steal people’s sense of smell, and one that’s definitely worth a whole lot more research (SN: 1/17/22). But it’s also not surprising, given what we know about the brain’s propensity to change.

I can rattle off a long, long list of things that change the brain, such as learning new things, sleeping and using a smartphone (SN: 9/5/17; SN: 6/5/14; SN 3/17/17). Learning the streets of London, juggling and meditating may all change the structure of the brain. Essentially, the events of our lives are reflected in the size, shape and behavior of our constantly changing brains.
Growing up is one of those events that changed your brain. As a toddler, you had the most nerve cell connections in some parts of your brain that you’ll ever have in your life. Those overabundant connections were then pruned and refined. In early adolescence, some parts of your brain were the largest they will be, by volume. Over your teenage years, parts of your brain got smaller, a trend that continues as you grow older (SN: 10/14/15). Changes continue as you age (SN: 7/13/16).
“The brain is dynamic,” says neuroscientist Emily Jacobs of the University of California, Santa Barbara. “Less doesn’t mean worse, necessarily, and more doesn’t mean better.”
For instance, Jacobs and her colleagues have found that brain areas grow and shrink over the course of days, changes that are tethered to hormone levels across the menstrual cycle. This change, found in the hippocampus, a brain structure tied to learning and memory, and nearby areas, “belies the notion that the brain is static,” Jacobs says. “Instead, we can see these ebbs and flows of changes.”
Pregnancy, and its ensuing hormone shifts, can also change the brain. In 2016, I covered a study that described pregnancy-related reductions in gray matter (SN: 12/19/16). That story raised the same sticky question as the recent COVID-19 brain study about the right words to describe this brain change. In the pregnancy and brain study, were the changes shrinkage or damage? Or to cast it in a more positive light, was it maturing or sculpting? Study coauthor Elseline Hoekzema, a neuroscientist at Leiden University in the Netherlands, told me back then that to her, the process seemed like a second stage of brain maturing, akin to the refinements that happen during adolescence.
Jacobs also works on menopause, another big hormonal shift that affects the brain. And she has preliminary evidence that men’s brains change day-to-day, too. Like me, Jacobs also grapples with language when describing some of these changes. Words matter, quite a bit, she says. “You can paint [research findings] as a good thing or as a horror story.”
So which scenario best captures the new COVID-19 results? It’s probably safe to assume that a viral infection isn’t a good thing. But is it bad for the brain, and if so, how bad? The answer, frustrating though it may be, is that we don’t yet know. “We were quite surprised to see clear differences in the brain, even with mild infection,” says Gwenaëlle Douaud, of the Nuffield Department of Clinical Neurosciences at the University of Oxford. “The concern is that these damages will last and make infected people more vulnerable to brain diseases in the future.”
But these differences may not last, Douaud says. The brain can “reorganize and heal itself to some extent, even in older people,” she notes. It’s also possible that the changes the team sees are due to a lack of smell input. Other research has shown that stuffy noses can lead to brain changes, too, some of which are similar to those that the researchers found in the recent brain-scanning study. Perhaps these brain changes would reverse when the sense of smell returns.

Read the article from here- https://www.sciencenews.org/article/coronavirus-covid-brain-change-size-shape