Why KYC is the way to go 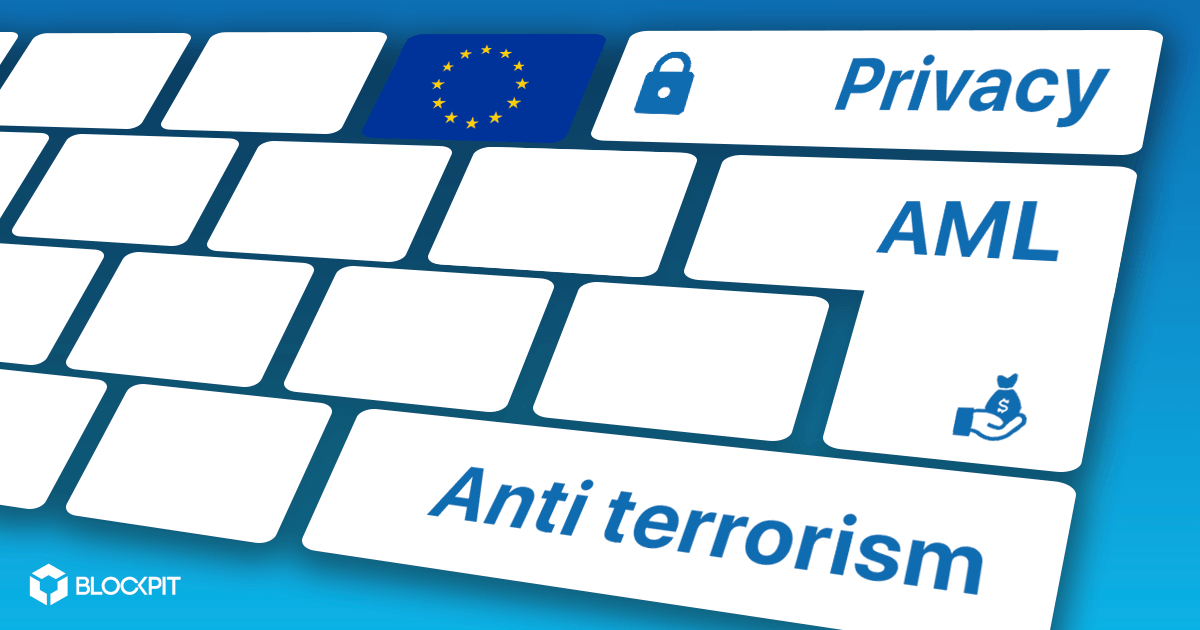 “Even though the full scale of misuse of virtual currencies is unknown, its value has been reported to exceed seven billion Euros worldwide”, is stated in the report’s preface. Authored by Prof. Dr. Robby Houben and Alexander Snyers from the University of Antwerp’s “Business & Law” research group, the report contains in-depth analyses and policy recommendations for future EU standards.#

What are the report’s major points?
According to the report, the biggest struggle in combating financial crimes is anonymity. Current financial crime legislation fails to deal with the issue, as there are little to no rules unveiling the anonymity of cryptocurrency users. The fifth Anti-Money Laundering Directive (AMLD5) includes virtual currency exchanges and custodian wallet providers (wallets that take online custody of your cryptographic keys, e.g. Coinbase) in the list of obliged entities, making them subject to legal requirements. Exchange platforms and custodian wallet providers will have to register with authorities to provide their services.These entities must conduct customer due diligence and report suspicious transactions. Customer due diligence means identifying the customer, verifying their identity as well as conducting ongoing monitoring of the business relationship. “An important requirement is that obliged entities have to perform customer due diligence when establishing a business relationship, when carrying out an occasional transaction that amounts to EUR 15.000 or more [and] when there is a suspicion of money laundering or terrorist financing …”, the report states. In the form of KYC (know your customer) processes, a platform providing a service requires customers to submit identification data to ensure that people with for example criminal histories are precluded from using the service. Additionally, databases generated through KYC processes can prove useful for authorities should there be any related future criminal activity.AMLD5 is an EU-wide policy and member states need to adapt their legislation until 2020 to be compliant with its specifications. There is a blind spot in the fight against money laundering and tax evasion, though. So-called pure cryptocurrency exchanges which only accept payments in other cryptocurrencies remain out of AMLD5’s scope because “they have no dealings with fiat currency”. This might be an obstacle “in the fight against money laundering, terrorist financing and tax evasion, because it can add an extra layer of disguise of the origin of the cryptocurrencies (when they later pass through an obliged entity) or simply allow that cryptocurrencies are used completely outside of the monitored system”, write Houben and Snyers.

How does this affect crypto traders?
Users themselves are not obliged entities under AMLD5. According to the paper, this is fine, as the AMLD framework for a large part focuses on intermediaries. It would not be proportionate to include users. However, AMLD5 empowers tax authorities to request information on obliged entities dealings, which means that if requested, they might have to share user information with authorities once the new policies come into effect. Currently, some exchanges and other providers are doing due diligence voluntarily to have an edge over competitors.

What’s next?
European institutions are in favor of increasing the focus on legislation of cryptocurrencies. The tide is changing and at the time of writing new rules against money laundering and terrorist financing are being adopted. More research will go into it and stricter rules will apply to actors in crypto currencies. This is why Blockpit sets out to build a framework for crypto users that is accepted by governments and other institutions and not limited through regulations that will come along in the future. Nevertheless, our CEO Florian Wimmer and the team are keen on providing the maximum anonymity possible and hence work on implementing a Zero Knowledge Proof to allow proofing values e.g. the right calculation of tax reports without conveying any personal information.