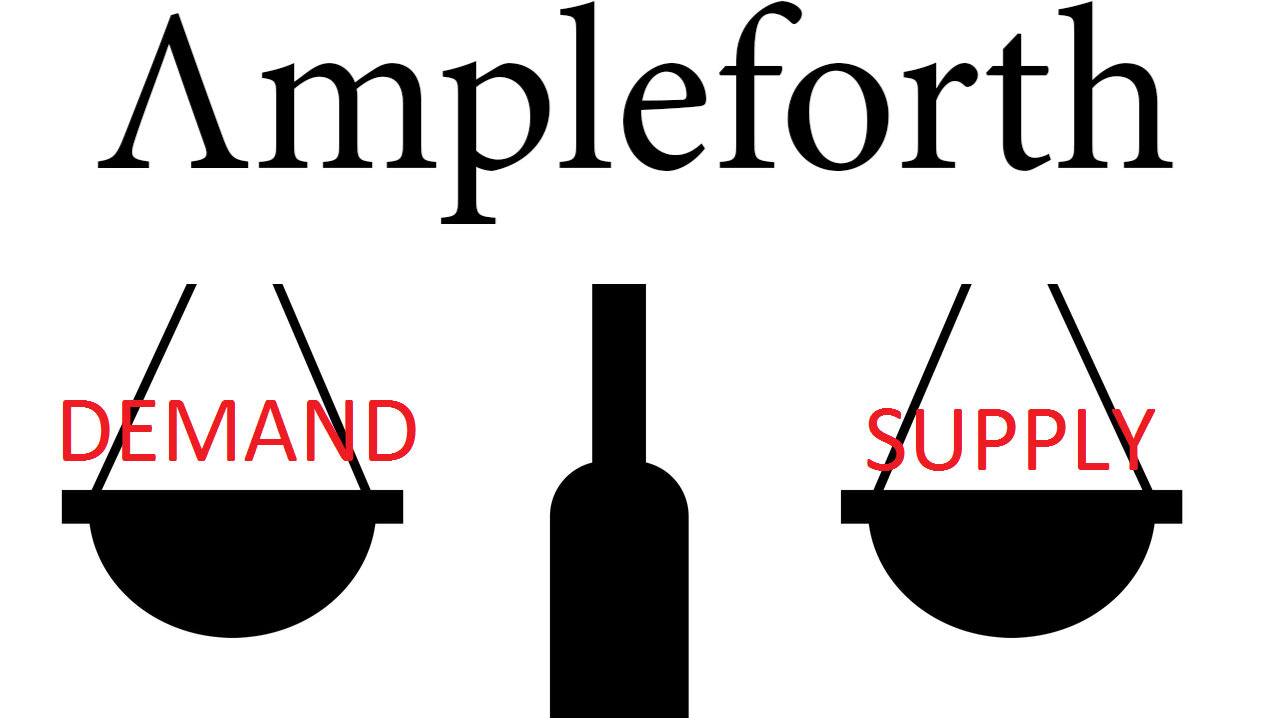 We hold Etherum blockchain to a high esteem because of the feature, Security and a wide range of activities going on within its ecosystem, examples are smart contracts. It is the strength of DeFi.

We will be looking at a popular token called Ampleforth.

What is Ampleforth
Ampleforth is a type of cryptocurrency, know as a stable coin. AMPL is a project running on Ethereum newtork which seeks to provide incentive to a set of users in other to maintain a stable and equal value with the U. S dollar. It is also decentralized. There are already variaties of stable coin in the cryptocurrency market today and they have various plan on how they are able to maintain a stable price with the U. S. dollar. An example is that is DIA which is backed by a good number of asset which are locked up in the marker protocol. Ether on the other hand is backed by dollar deposits on the traditional custodian ref.

Ample has deviced a means separate from all these to keep its coin price as stable as the US dollar.

AMPL is built on the Ethereum network and there shares in the security, strength, etc which come with the blockchain. It was co-founded by Kuo and Brandon Iles in 2018, who were entrepreneurs and since then accepted of this stable coin has seen a massive growth. It was launched in a bid to tackle a problem in digital asset market, which involves a tight correlation between Bitcoin and other cryptocurrencies that makes the market vulnerable to large sell-offs.

What then are Stable coins
A stablecoin as the name implies is a coin whose value is linked to an outside asset such as gold in other to maintain and stabilize its price. It tends to tackle the problem of inflation by tying the value to a more stable asset, which most time is fait - A government issued currency which we use on a daily basis.

Ampleforth manages a stable coin AMPL which moderately adjust the supply of AMPL, a software (Smart contracts) is provided to help regulate the supply of this stable coin to maintain the same price as dollar. Extra can cause inflation, so quantity in wallet could either go up or come down based on price. This means that when the APML network increases, you more coin introduced and when network reduces, less token are released to maintain that stable nature and the price cycles at about 1 USD.

This novel rebasing mechanism is what allows AMPL to be used in contracts.ref.

Due to its unique design the coin supply will exist in 3 stages:

Stage 1:
Expansion
When the price is greater 1 USD, more token needs to be injected into the AMPL economy

Stage 2:
Contraction
When the price is less less than 1 USD, then token must be ejected out of the AMPL economy

Stage 3
Equilibrum
When the price of AMPL and USD are equal to 1 USD.

Conclusion
It might be the future of money, but as is often the case in cryptocurrency markets, speculation and experimentation are the right-now. It's unique difference is its ability to maintain price stability using the Etherum smart contracts codes.
The Ampleforth software uses Chainlink, a data provider built on Ethereum to supply price data.