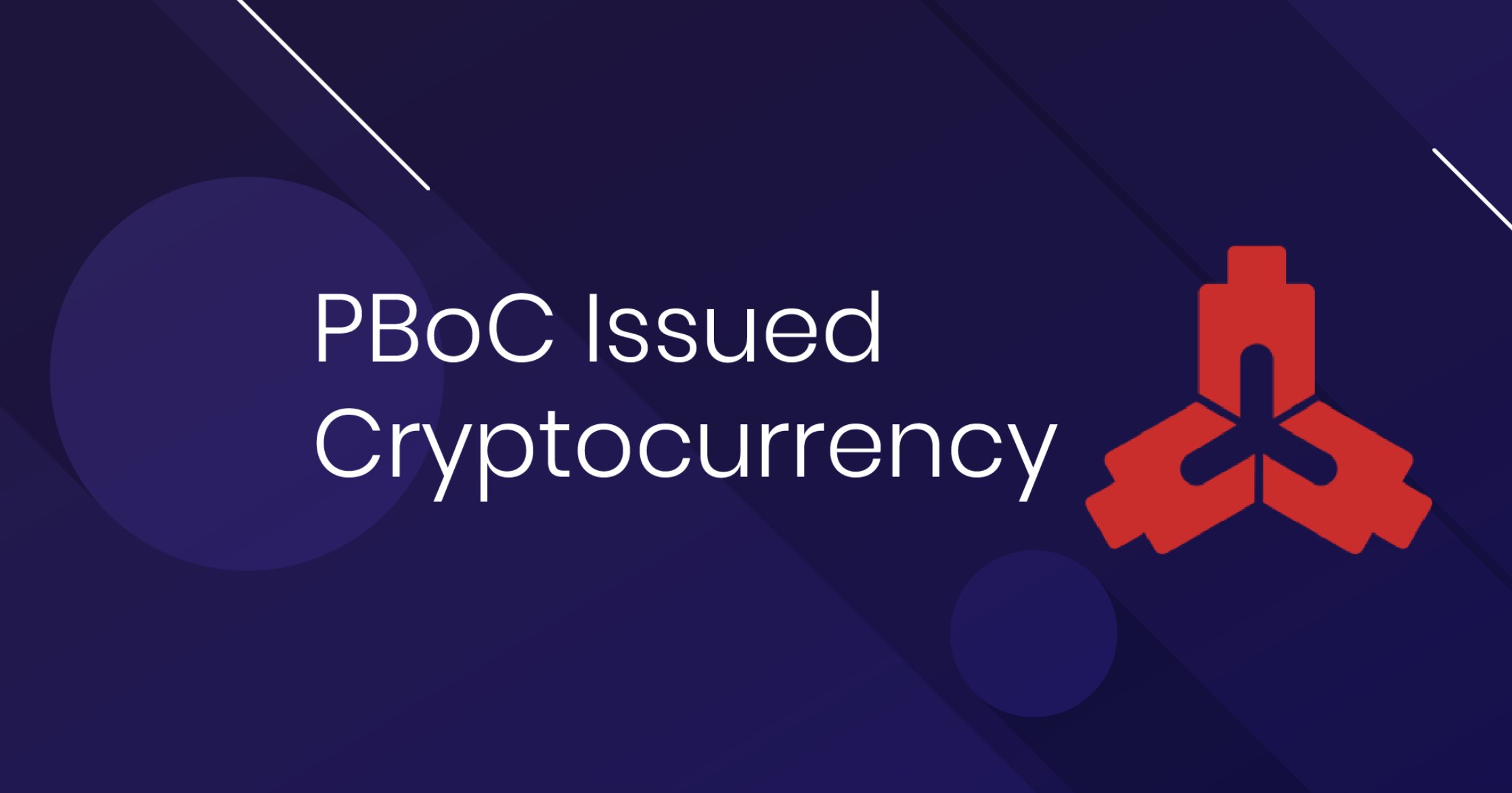 Whenever a new cryptocurrency sees the day of light, we must ask what problem it solves or what it seeks to counter. Bitcoin was created to solve the problem of counterparty risk, offering a more efficient and private means to transfer value and establish ownership. Ethereum essentially provides a new way to create prosperity and raise capital.

Libra, apart from generating revenue and enabling Facebook to further embed its services in people’s daily lives (and distill data), was proposed as a means to increase financial inclusion. But what about China’s proposed digital currency - fully backed by the People’s Bank of China (PBoC) and endorsed by the government? What could be behind this ‘cryptocurrency’? ‍

While Libra may pass as a genuine attempt to increase transactional efficiency and even as a means to include the bankless in the global economy by leveraging mobile technology, such an intent does not seem relevant in the context of China.

China is already largely cashless. Whereas credit cards never really gained traction in China, as if struck by a sudden epiphany, it leapfrogged straight from cash to digital payment systems. Alipay, for example, already has more than 600 million average monthly users - almost twice as large as the entire population of the United States.

So for China to allocate resources to the development of a cryptocurrency must be driven by some other motive.

One obvious reason is that a Libra-like digital currency issued by the PBoC is an effective means to counter the threat Libra - and particularly the basket of currencies backing it - poses to China’s control over its own monetary policy. Specifically, as Wang Xin, director of the PBoC Research Bureau, said: if the US dollar is prominently used to collateralise Libra, the release of Facebook’s digital currency would potentially have serious economic and political consequences.

Another motive may be more directly related to Bitcoin and the appeal it has for especially high-net-worth individuals that may seek to diversify their assets or hedge against a potential economic downturn in China. However, if the PBoC’s currency is pegged to the Chinese Yuan, it wouldn’t technically provide any avenue for such diversification. More importantly, for those who invest in Bitcoin as a way to circumvent capital controls, a domestic cryptocurrency would not be appealing. ‍

But perhaps, apart from geopolitical and monetary policy considerations, the PBoC’s potential issuance of its own digital currency is also a way to increase its surveillance capacity. In support of this view, some analysts have raised doubts about whether China’s digital Yuan actively meets the definition - in form or spirit - of cryptocurrency.

Reasons for this include that the issuers would only include the PBoC and commercial banks effectively controlled by the State; that it is likely that the PBoC will be designing the wallet that supports the currency and would likely have access to associated transaction data; and that the digital currency is not meant to replace but rather strengthen China’s national currency in terms of versatility and reach. ‍

What’s positive is that cryptocurrency is increasingly gaining traction - this includes increased attention from private companies, regulators, central banks and governments around the world - and on the whole it’s encouraging to see this space diversify, grow, and gain legitimacy.

But it’s also important to stay in touch with the principles which spurred on the creation of cryptocurrency in the first place and keep in mind that it is primarily meant as a means to create prosperity, financial inclusion, and put power back in people.

We ourselves are aligned with these principles, as are many other crypto initiatives that are building the ecosystems necessary to offer an alternative means of creating, transferring, and storing value.

While the grassroots may not have the same capital as is available to State actors and large tech companies, by expanding our ecosystem and through partnerships we believe genuine cryptocurrency can gain the upper hand and significantly improve the lives of millions.