How Not To Fall Prey To The War On Cash 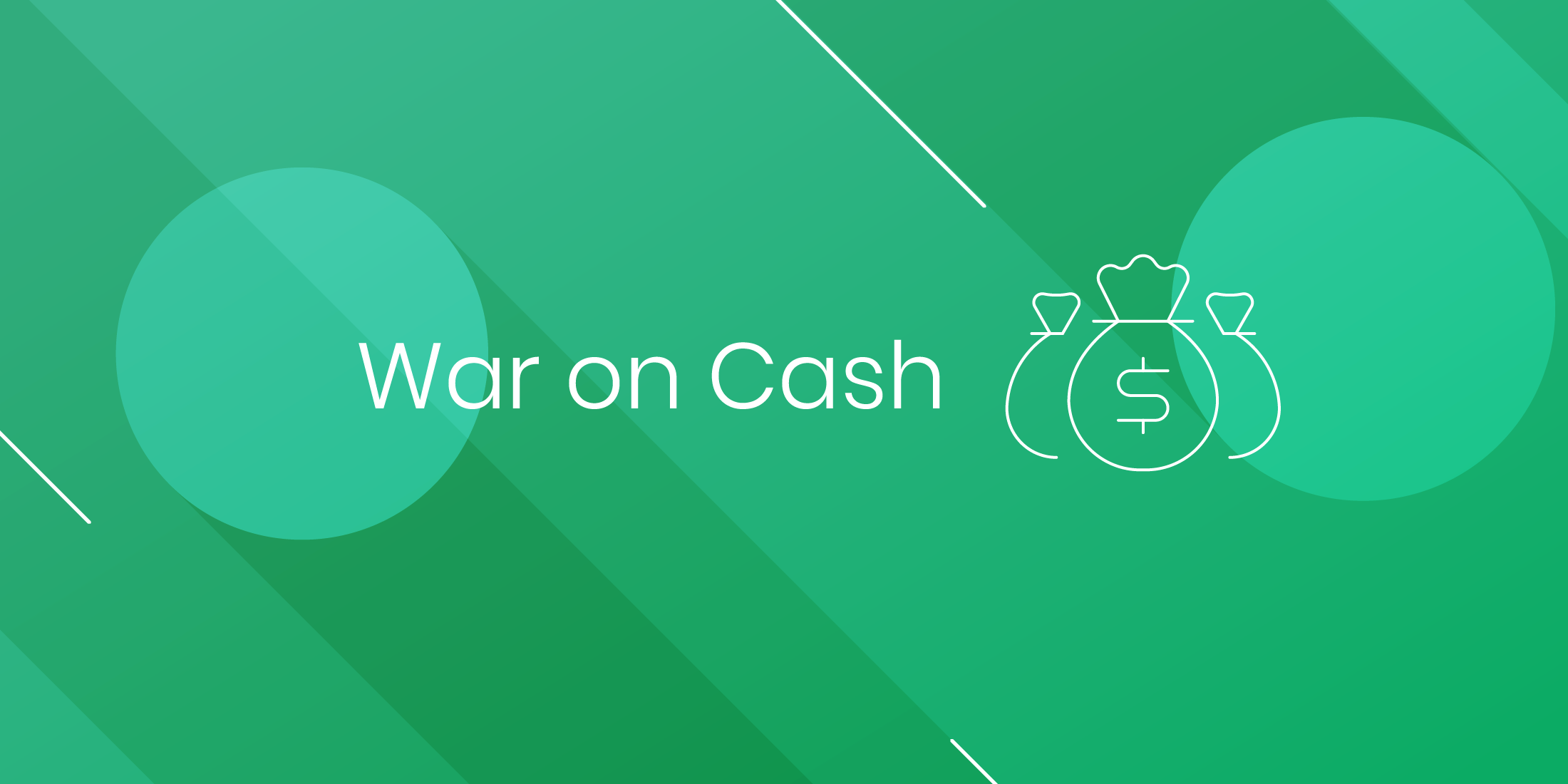 We live in a digital age, and it’s becoming increasingly easy to access our accounts and pay for goods and services using various electronic forms of money.

Whether it’s Wechat money, Alipay, Google Pay, Internet banking, credit cards, or Bitcoin, notwithstanding the fact that there are still large populations that rely on cash, we can agree that paper money and coins are now an option, rather than the norm.

In part, this is simply the result of innovation, following a historical trend towards more and more convenient and abstract forms of money. But there is a sinister, and more intentional side to it as well, signified by the so-called war on cash.

What is the war on cash?

Simply put, the war on cash is the intentional trend away from cash-based payment methods in favour of electronic forms of money.

Logically, the rise of electronic money is highly beneficial to some businesses, including payment processing firms such as Visa, Mastercard, Paypal or Tencent. Banks also benefit greatly from the movement away from cash, as they’re able to reduce operational costs and construct artificial infrastructures for the movement of funds - charging multiple fees along the way.

But electronic money is also convenient for governments that aim to keep tabs on citizens, introduce and instantly enforce laws by way of code, and penalise citizens that fall out of line. In this scenario, the war on cash is a battle against decentralisation, anonymity and freedom.

Electronic money on a spectrum

Not all electronic forms of money are the same, of course, and not all lend themselves equally well to surveillance. On the one hand, we have electronic money maintained by banks - highly regulated entities that always fall within the purview of government.

Similarly, large private payment providers including Wechat Pay and Alipay (and perhaps one day Facebook) must take note of monetary policies, abide by laws that aim to minimise risks to consumers, and if needed they must report suspicious activities to the authorities. Note that on this side of the spectrum, client funds can be frozen, redirected, or confiscated.

On the other hand, there are digital currencies underpinned by blockchain, or cryptocurrencies. Bitcoin, Monero, Dash - known to allow for a high degree of privacy - but also other coins, including stablecoins pegged to local currencies, provide users with a high degree of financial autonomy. Unlike the former, these funds cannot be confiscated or frozen.

Now, it must be said that things are changing in the crypto industry. Know Your Client (KYC) procedures are becoming increasingly commonplace. For example, the Financial Action Task Force (FATF) recently introduced a set of measures that will compel crypto firms to collect and share client information whenever processing transactions.

The main reason for this is to address concerns over money laundering and terrorist financing, but the eagerness of governments to implement such rules should also be seen as an attempt to take back control over monetary policies - i.e. to reduce the risk of capital flight - and for the purpose of collecting taxes.

While this may not be the end of crypto anonymity, according to Bittax it may result in the industry splitting up into white and black markets.

While it is only right to remain somewhat agnostic with regard to these developments, acknowledging that there are pros and cons to anonymity, we do believe financial autonomy and freedom are important for a healthy economy and that they are especially worth protecting in situations where governments are repressive.

In this context, cash is vital and as such, it is worth knowing how not to fall prey to the war on cash.

How not to fall prey to the war on cash

Spreading risk is key. Rather than going all-in on one single payment system or store-of-value, when it comes to wealth preservation, or in this case the protection of financial freedom and autonomy, distributing funds across asset classes and currencies can be helpful.

With Bitspark, we offer a system where users can exchange cash, in their local currency, for correspondent stablecoins to be stored and exchanged in a decentralised environment. If you hold Philippine Peso, for example, it is relatively easy to exchange your cash for stable.PHP, and then park some of your funds in Bitcoin, Ethereum, BitShares or spread it across the many stablecoins including BitUSD, BitGold, sparkdex.HKD, sparkdex.EUR and sparkdex.GBP.

Our system also makes it easy to transfer money across borders, where recipients can exchange their stablecoins for cash at any of our affiliated Cash Points.

The point here is to make the most of the benefits cryptocurrencies have to offer, and to understand that cryptocurrencies - especially stablecoins - do not discount nor displace cash. Rather, crypto and cash are powerful allies in a fight for financial inclusion and freedom.