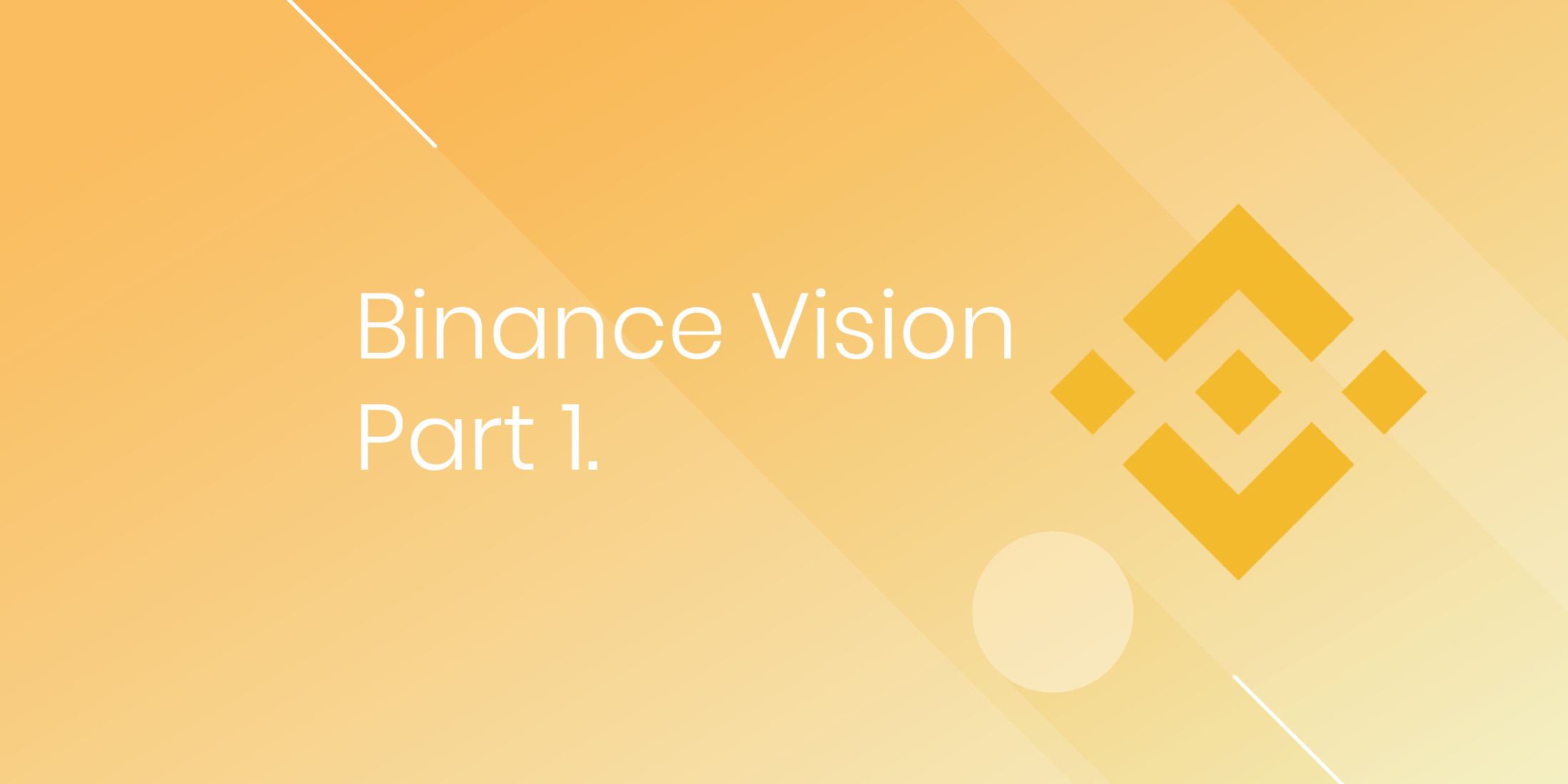 Founded in July 2017, Binance is among the world’s largest crypto exchanges and arguably one of the most forward-looking crypto firms. It’s led by a clear vision and committed to driving the blockchain revolution.

Early last year, Binance caused quite a stir when it announced its own blockchain platform, Binance Chain. In this post, we want to draw attention to this technology and discuss what it means for the crypto community.

What is Binance Chain?

If you want to compare, say, Ethereum with Binance, it’s safe to say that Ethereum is primarily an ethos driven blockchain: it was built to advance a decentralised culture, against corruption, and is somewhat agnostic as to what projects can be built on it. Binance Chain, on the other hand, is use case focused: it is specifically built to advance the trade in cryptocurrencies.

Why is it significant?

Binance Chain, and its support of Binance’s DEX, shows the company’s commitment to driving the decentralised revolution and the goal of advancing financial freedom. It’s generally understood that in terms of security and at the level of principle a DEX is superior to a centralised exchange (CEX) - it enables people to hold custody over their own funds and it answers to Satoshi’s call for a decentralised economy. However, in terms of liquidity, CEX’s have the upper hand.

Binance Chain may be game-changer: it is built to exchange assets and can do so on a par with Binance’s CEX. It can handle a couple of thousand transactions per second and process similar order volume sizes as seen on Binance’s main exchange.

Furthermore, Binance Chain is designed to minimize front-running as much as possible, and offer an intuitive user experience; again, tackling a common issue found on many DEX’s, namely that they are difficult to use.

The reason why Binance Chain is significant is that it brings the crypto community another step closer to changing the way in which crypto assets are traded and managed - putting the power squarely in people rather than centralised entities that hold custody over client funds.

So far, existing DEX’s have not gained enough traction to offer a serious alternative to CEX’s, but with a heavyweight like Binance moving in this direction, this may change.

At Bitspark we are very supportive of these developments. From the outset, and in all our business decisions, we have tried to stay as close as possible to the initial vision that underpins the creation of blockchain and cryptocurrency.

Sparkdex, our own DEX, is an important element in the Bitspark ecosystem which enables users to trade across conventional cryptocurrencies such as Bitcoin and Ethereum, but also stablecoins pegged to local currencies such the US dollar, Hong Kong dollar, and Philippine Peso.

We believe cryptocurrency offers a way to distribute wealth and enables communities to generate value on their own terms and take charge of their future.

Our ecosystem enables people to easily exchange cash in local currencies for stablecoins, which then form a pathway to other cryptocurrencies. Once people hold Bitcoin on our platform, it’s easy to transfer their funds to exchanges such as Binance and participate in the global crypto economy.

Tokenisation won’t stop with local currencies. Eventually, we expect everything to be tokenised, from currencies and commodities to real estate, collectibles and creative assets. With this in mind, we identify with Binance’s goal to ‘exchange the world’.

In the next 2 parts in this Binance series, we’ll dive deeper into the DEX, BNB coin and Binance’s vision behind these projects.