ZCash is turning into YCash 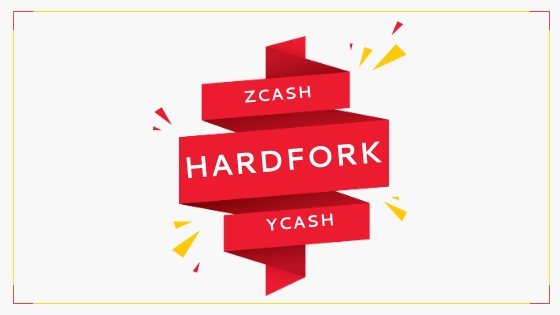 Ah just when you thought hardfork talk was over. In comes Zcash which will be hardforking into Ycash. But what the heck does that actually mean ?

Unlike other hardforks which have been caused of disputes or upgrades gone wrong this hardfork is what we are calling a friendly hardfork.

2019 has brought a great deal of attention to cryptocurrencies and honestly maybe not the best attention. Governments are now hell bent on stopping any new cryptocurrency and very much so are attacking privacy cryptocurrencies. This is one of the biggest core features of Zcash.

This hardfork will actually be splitting the coin into two you will still have Zcash but you will also have Ycash. Each will go their own way however instead of a shouting match, smear campaigns, jacking up transaction fees to try and make the other look better this actually has been a respectable talked about hardfork. You know like some other stupid people who now have bitcoin cash and bitcoinsv (btw they have done nothing to help grow cryptocurrency instead their actions have reduced adoption and trust)

What will be the big differences between the two ?

ASIC while Zcash has pretty much given up on trying to combat ASIC miners Ycash will put funds aside to work on combating it to help reduce just a few powerful miners of taking over a majority stake of the coin.

This change however wont happen right away it will be a result of another hard fork for Ycash slated for October 2019.

How do you get these coins?

At the moment no exchange has yet to support YEC so if they are on an exchange etc you might be waiting a while since they always lag on giving you those rewards.

A YecWallet will be launched which will allow you to import your private key. However always remember your private keys do need to be taken care of and there is always a risk when it comes to doing such actions. It is totally up to you if you wish to release those private keys or simply wait till maybe the wallet they are stored on ends up supporting the forked coin.

This also brings up an interesting point in which I wanted to touch base on.

There are plenty of exchanges and wallets that still don't support thousands of these other altcoins such as bitcoin gold, bitcoin diamond, litecoin cash and so forth. Which means the real circulating supply is likely to be MUCH LOWER then what is really reported. This should also be taken into account as a note when you trade and own these cryptos yourself.

I have been surprised that privacy coins have not had much attention to them given the environment of regulatory scrutiny expected. You would think more would want them now before a potential “hammer” falling!