NEVER USE YOUR POSITION AS AN ADVANTAGE OVER OTHERS 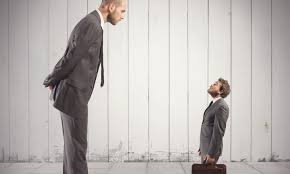 Hello Parishioners of steemchurch, peace be with you all

In our communities many used their positions as invasions to other peoples life. Some go extent of having people life but this should always be so..? NO. God said he created us in His own image for this has made us equal before Him. But the Bible has also made it clear that we should give respect to our elders but not compromising with their evil ways that leads us into sin.

As a Christian the word constantly warned us about how we lead our life on this earth. We need not to do what the world do for us not to fall prey to sin.

When we red the book of 2 Samuel 11:1-13, similar example happened there. During the era of King David he used to defend his territory most at that time. Although he will not go war with them but by the living God with them they go with His name and are always victorious.

The Bible always warn us about if we have nothing to do the devil tries to find us something to do this happens in the case of David. He fall prey to his self-indulgent and self-satisfied with his achievements and there by becoming proud of it as it happened to Nebuchadnezer. Dan. 4:28-30 and Proverbs 16:18.

David abuse the position been King and have his way first with his servants, they went and brought Bathsheda before him and Bathsheda too could not resist his lust. After what David did God became angry and punished him for that.

Parishioners why do we use the position given to us in our church, community, work to abuse other people's life. Let us resist from this act so we may escape the wrath of God upon us.

BeinWell said brother @bigssam, we are ambassadors of Christ for every good work, Jesus himself gave an example of this, he did not consider being God and coming down to earth made man, offering himself for love of us, he served himself, so we must make us use what God gives us to bless and serve our fellow men, humility is not words, humility is faith deeds and actions.