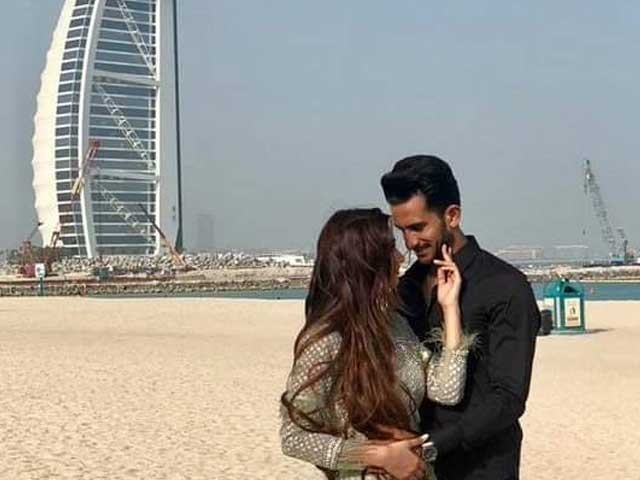 The national fast bowler took a photo shoot in front of the Burj-Arab hotel before marrying an Indian-based girl, Samia, in which she looked particularly pleased with her upcoming spouse.

Hasan Ali accompanied his family to Dubai and took part in the mehndi ceremony, in which Hassan Ali's family and close friends from Shadab Khan also attended. Friends put henna in Hassan Ali's hands and made fine bunches and also made selfies with the groom