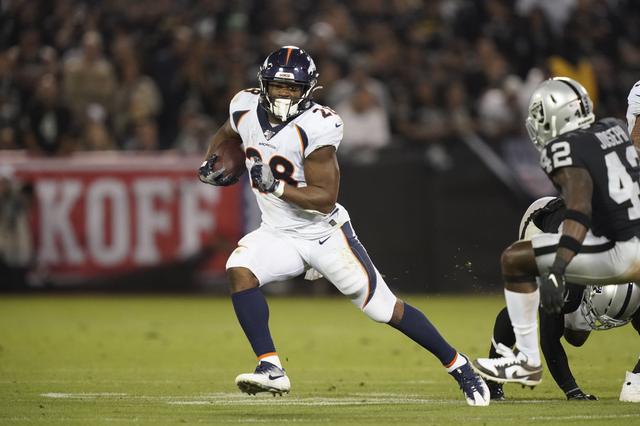 Denver Broncos running back Royce Freeman carries the ball in the second half against the Oakland Raiders at Oakland-Alameda County Coliseum in Oakland. The Raiders defeated The Broncos 24-16. Kirby Lee-USA TODAY Sports

The Solheim Cup - Preview Day 2
AUCHTERARDER, SCOTLAND - SEPTEMBER 10: Suzann Pettersen of Team Europe in actionduring a practice round prior to the start of The Solheim Cup at Gleneagles on September 10, 2019 in Auchterarder, Scotland. (Photo by Stuart Franklin/Getty Images)