Another case for gun ownership

A home invasion by two armed youths resulted in one of the perpetrators being shot and disabled until police arrived. He did not die and is not being identified because he is a minor. It is unclear what the motivation for the break in was but I think we can go ahead and presume that it was not for a free carpet cleaning or a rather aggressive meals on wheels delivery.

I am a big advocate of 2nd amendment rights and believe that responsible gun ownership should remain a right for everyone. Like the old saying goes "If you criminalize gun ownership, only criminals will have guns."

I have a rather impressive collection of weapons and most of them I just use for sport because one of my favorite weekend activities is going to the local outdoor gun range where other freedom-loving people gather to hone their skills. There have been exactly zero people that have been murdered there (funny how that works huh?) 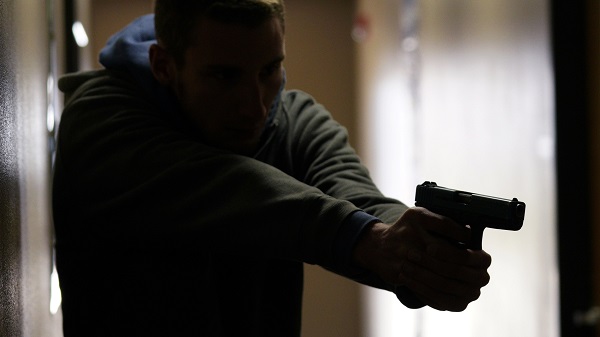 When the "suspects" (which is always a term I hate to read when it is very clear that they are guilty) were caught breaking into the house, they were armed, but with a knife and a steel pipe, according to the home owner. They say to never bring a knife to a gunfight and the juveniles who again are not being ID'd because they are minors, were in for a real bad surprise when the home owner had a gun and was prepared to use it. With a single shot to the chest both boys fled the scene with one of them collapsing in the street for obvious reasons.

His cowardly friend abandoned him and fled the scene. Medical personnel quickly arrived and the youth is currently listed as critical but stable.

I know that for many people, particularly non-Americans this is a hot topic and causes considerable debate. The argument of "if no one had guns this wouldn't be a problem" is a stupid one to me, because I would never use my weapons in any manner other than for sport or to defend my family or property against someone else who wouldn't think twice about causing me harm.

How would have this situation panned out if the person who was in the home wasn't armed? Would he have been stabbed / bludgeoned to death? Would that have been a better result in the eyes of the people who think that gun ownership is a bad thing? The fact that the man, who immediately identified himself to the police as the person who shot the youth who broke into his home, only fired a single shot, shows incredible restraint on his part. The fact that he made a direct hit to the chest, shows that he knows what he is doing.

I leave you with a quote from one of my favorite movies of all time, True Romance. We went to a meet up a few weeks ago where there was a lot of shooting going on.

People who had never shot before were putting lead on target after just a few minutes of instruction.

It was a good weekend.

that sounds like an awesome weekend. The best things about these meetups is that there is exactly zero opportunity for violence and this is what the gun control nut-jobs completely fail to understand. Weapons in the hands of people who understand them are not inherently dangerous.

I remember my first day of instruction and the very first pull i had on a clay pigeon I absolutely nailed it. Of course i was using birdshot but I was so proud of that moment. This was 20 years ago.... I'm a bit better now :)