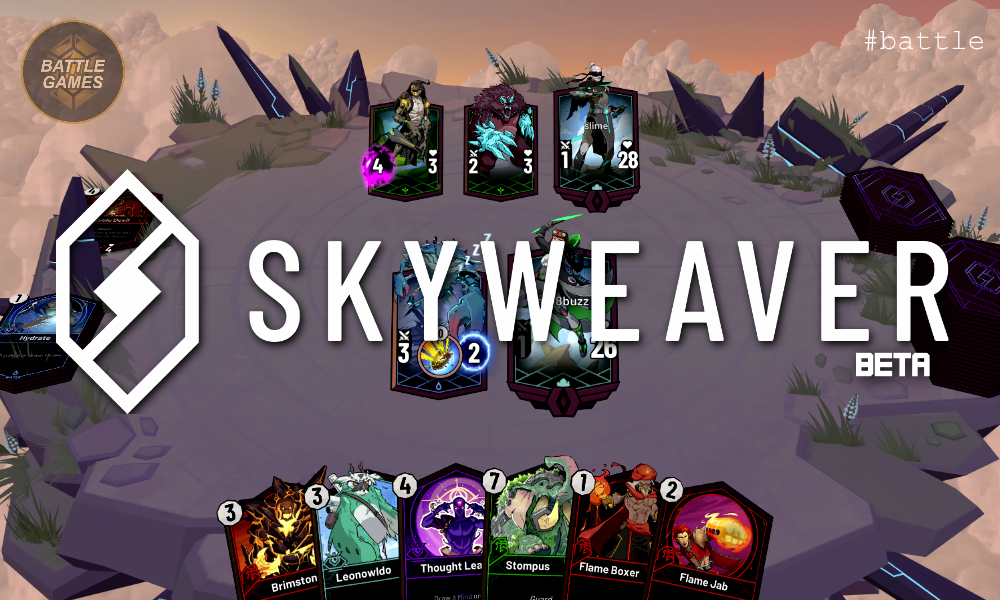 Each match rewards XP, when you reach a new level you win 2 random cards!

A small amount of XP is rewarded for losses and a larger amount for a win.

Win a gagagagagame here and there and the cards start to add up! However..wins are not easy to come by and there are many many cards, 300+ and counting at the moment.

As a level 9 player I have only unlocked the use of two out of four Prisms, Strength and Wisdom. Across all Prisms each card belongs to an element, they are Air, Dark, Earth, Fire, Light, Metal, Mind, Water.

For now lets check out my new units, and have a look at my spells another time..

They're sana cost so in the first these arararare are the units that are relatively cheap to play. Great for early game as you start with a very small mana pool, which increases by 1 each turn. The Cold Killer at 1 mana is looking good, a glass cannon but with the Banner effect. Banner adds +1 attack to your hero. So early on you can deal damage to your opponent from this unit plus extra damage from your hero. He also comes with the Cold Snap spell.

Trapper Keeper and Oliphant look like good cards to keep around as they both have Guard. Any unit with Guard must be attacked before the hero is attacked, creating a layer of defense.

On the second row of units we've got some beasts, costing higher mana to play but dealing more damage!

Ifrit - This guy for a cost of 5 mana deals 6 damage and also defends for 6, plus he's got Guard, that's a deal!

Tremor - What a beast! That attack is huge, but it comes at a big cost of 8 mana. A late game card, but what I think may be a game changer here is the Units ability to remove Guard from your enemy...Brilliant. That could be trouble.

Next time around I'll show you my collection of Spells, hopefully I'll have evenhen..
Agr8buzz

Discord I Blog I Battle Squad I DEX I Battlegames.io I Battletube.io

It look like SteemMonsters. Its a game of steem blockchain???

thank you and have a good night

So excited to play it myself, but they wont respond to my early access email that I signed up for.

Show your face in the Discord once in a while, may get lucky..

This looks like a cool new game. I see that it runs on Ethereum Blockchain so my first question is are any transaction costs involved?
Would be great to read a review of the gameplay?
Thanks for sharing!

Yes, my understanding of ethereum is you need to pay a fee to do anything so I would be interested to know as well

My understanding is the game itself doesn't run on blockchain. Only the card market and digital asset aspect will down the road, utilizing ERC 5511 and ENJ. I'm playing on Rinkeby test net and haven't had to visit a faucet, and looking at my meta mask history there's no transactions at all recorded on blockchain.

@philippekiene posted some gameplay recently if you want to check that out --> https://www.battlegames.io/dtube/@philippekiene/b7235bntkdc

The Last Two Cards in this Post are FIRE DEMON and REXXIE........

Haha I can see that, except this art comes across as a little more mature.