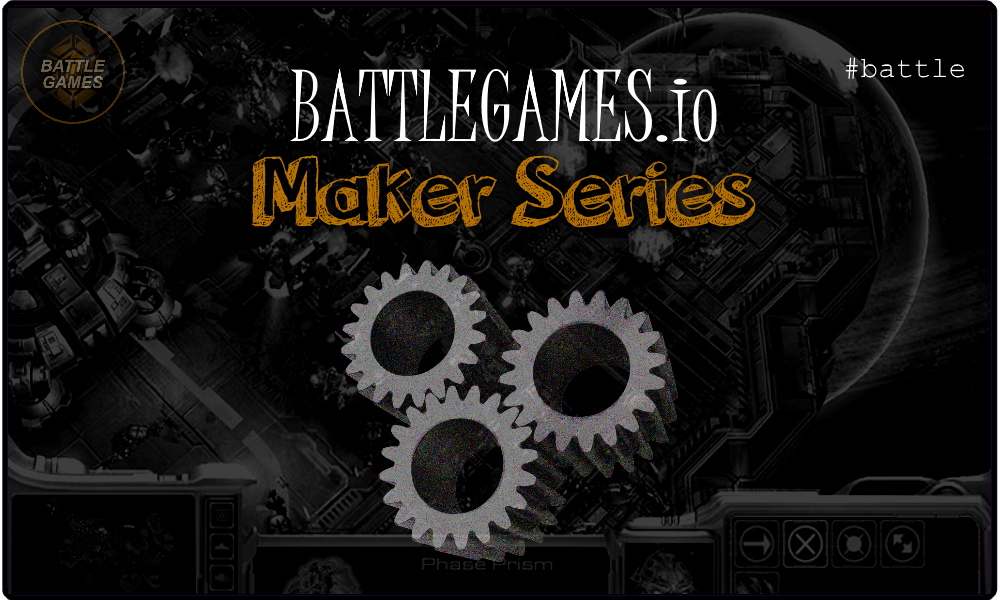 In this series of short interviews we sit down with game makers and talk shop!

An open world single player exploration survival game currently in development by @lordnigel. On IBT Survival Island you will begin lost and alone, there are no other signs of civilization! How scary is that, will you rise to the challenge in an attempt to save your own life or perish alone and scared?!?

It was recently announced that weekly progress reports from the Team will be moving to a new monthly format that will involve community contests and challenges. This will serve to provide regular updates, and also as a platform to engage with community and implement fan feedback. What an awesome approach!

The purpose of doing this is to:

That's fantastic, and we'll certainly be following along for the ride!

📣 Tell us a little about yourself, and how you got into game development?

Lordnigel: I discovered Steem over two years ago and started to post a ‘choose your adventure series’, using people’s replies to my post on Steemit to decide the next page of the story – it was mildly successful. Later I saw bots appearing and doing things automatically. This prompted an idea - I then created the first generation RPG adventure game on Steemit (IBT) A game which could be played over a series of posts. To do this I taught myself to program in Java Script, by reading posts from other Steemians and reading online guides and talking to programmer friends. This was the beginning of IBT (Interactive Battle Tournaments) exclusive to Steemit.

Leveraging this knowledge and seeing apps diverge and spawn off the Steemit platform, this method of delivering games became less popular so I stopped development. Instead I decided to join forces with my Bro (our Lead programmer) and get to work on something that would be future proof and work off platform. The concept for IBT Survival Island was born. A game that would stand on its own feet – we would later use Steem/Crypto as a feature in the game.

Lead Programmer: Most of my life has been involved to do with education. Whether its tutoring students on how to read, spell, math or even how to cook, how to clean, how to dress, hygiene and even showing /teaching survival techniques to cadets pretty well sums up my life story. Teaching and Educating was the key to becoming involved in programming. What is the use of learning how to do certain things without sharing it? If you can help someone somewhere with the knowledge you have it gives you a purpose in life.

📣 What are some of your influences for this open world?

Lordnigel: I was born and raised in the Aussie bush. I used to take people out on multi day survival exercises, where we collected, killed and ate what we found on the land and in the ocean. Since that time I always wanted to create a game that captured what it would really be like to survive in the bush, to share the experience with those who just couldn’t try it due to modern life getting in the way. I also envisioned that one could learn to survive solo in a vast land, but later when strong enough, travel and meet other survivors. Sharing resources and showing off each other’s “survival islands” allowing a pathway to multiplayer coop later if the single player game would be popular enough.

Lead Programmer: There is no other game on the market currently like it. There are the typical survival games that are available but they are not realistic enough. We want to make this the most realistic game as possible. From your mental health, hunger, thirst, overall health, cold, heat and even going to the toilet and the hygiene involved in that also.

We also want to show you how unique the Australian terrain is, there is nowhere like Australia anywhere else in the world and we want to share it with our players. Every detail from the terrain, the plant life, the climate and to the animals that can be found here is in IBT. Australia is so beautiful yet so deadly. Many tourists each year either get lost or have some accident/misfortune and have to endure their surroundings until rescue or even worse find their own way out. Australia can be an extremely harsh environment, especially for someone raised in a city. IBT teaches you the basics of survival and may hopefully even save someones life, you never know. These are our main influences to why we wanted to create this game.

📣 Can you fill us in on the back story of how we ended up on this Island?

LordNigel: Originally I was going with something crazy like, you’re on a plane and zombies took out the pilot, it crashes and you survive. Later we figured it might be more interesting and increase playability if we altered the way you arrive every time you restart the game to something more realistic then zombies.

Lead Programmer: Most times things happen in life that are out of our control. So we're having a number of random scenarios at the start of the game. You will either be from a luxury ship wreck, a fishing accident, a plane crash, caught in a rip tide while swimming and dragged out to sea until you find an island. Or you just wake up and have no idea how you even got there. You'll need to find clues on what happened. Having random back stories isn't the only unique thing with IBT. It's the ways you either get rescued or find a way off the island that will be even more interesting than how you got there.

Currently it is single player. We are "looking" into multiplayer in the future but currently we are taking baby steps. We are not programmers. We are not university graduates. We are the typical everyday person who wants to make a game and we struggle every day to learn the software and how to manipulate it. Until we can master this editing software it will remain single player. Overall though, the feeling of being alone, tired, lost, hungry, thirsty, or seeing some shadow move while the campfire flickers and crackles during the night, can be quite scary or even intimidating. Single player in a way takes you out of your comfort zone and makes you more independent.

📣 Can you reveal anything to use about the mechanics of the game, some of the core functions that a player will need to do to survive?

LordNigel: Usual survival stuff, get some water, get some shelter, keep your strength up with healthy food, avoid dangers and find ways to do things more and more effectively to not just survive but thrive.

Lead Programmer: You need to eat and drink daily, so you have to look for food and fresh water or make fresh water yourself using what you can find on the island. Some food is bad, some food is good, and some food may affect your mental health. You have to build shelter, make basic tools to help your everyday needs and find a way to be rescued or even rescue yourself.

You can find items washed up on the shore and use them to your advantage. Some books can be found and when read will unlock more recipes on how to craft things. Most of all you need to find a way to be rescued. Be aware of your environment. Does a boat in the distance go by every 3-4 days? Does a plane fly over once a day? Once a week? Do you see no boats or planes for days, weeks, months?.......YEARS!!! Do you have to build a raft and sail off the bloody island yourself? Or do you just sit down and give up hope until you perish? Or do you even say bugger society, build a huge home and be a hermit for the rest of your life? You choose.

📣 Anything else you wish to tell us?

Lordnigel: It’s going to take as long as it takes to get the game going. We did try to put a playable demo together early, but realized it just wouldn’t give the full game justice. Learning as we're making means we want to focus on the full thing and make sure we have all the challenges behind us before getting people too excited.

Lead Programmer: IBT island terrain was created using images of trees, shrubs and other various native foliage only found in Australia. Even the sounds of the environment will be actual live sound recordings of birds and various animals.

We want "you" the player to feel that you are really there and explore the incredible terrain that Australia has to offer as realistically as possible.

That concludes our interview! Thank you for taking the time to answer our questions, we look forward to what's in store for us!

There's still time to jump into IBT Survival Islands first contest, you can check out the post here -->

This Interview is part of our "Maker Series" where we get a behind the scenes look at games currently in development. Thanks for stopping by and supporting community game makers. More from this series:

Discord I Blog I Battle Squad I DEX I Battlegames.io I Battletube.io