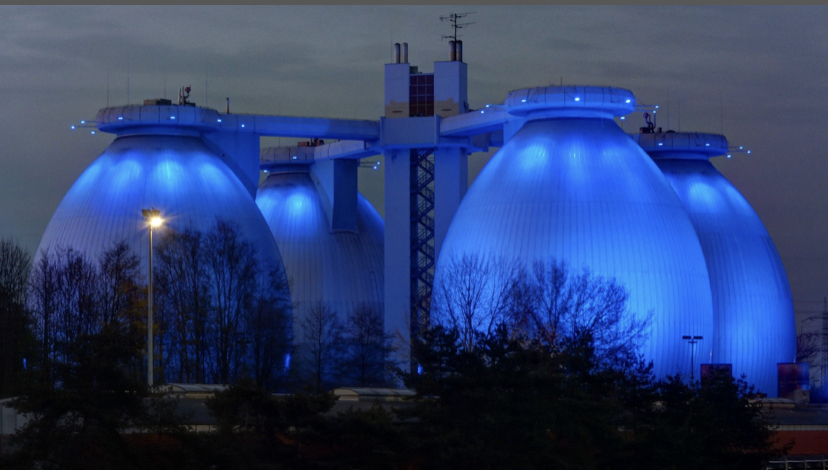 This post will cover some background information on anaerobic digesting and there is a lot to cover so I will get right to it. I will post the sources for the entire series in each post for reference.

TL;DR Version: See image at bottom of the post.

There are several different options available when it comes to renewable resources. One feasible option is to capture and store solar energy through the use of fermenting organic matter and producing biogas.

Although the quality of energy (efficiency) obtained through the combustion of biogas is far less than that of petroleum based resources, biogas is a plentiful and inexpensive form of energy. One way that biogas exists, as an abundant resource, is through the aerobic digestion (AD) of silage created by grasses and energy producing crops.

These are the predominant crop of the global agricultural system, comprising 69% of crops or 26% of the total land area. Another main source of organic matter for anaerobic digestion is wastewater from municipal treatment centers, as well as livestock manure (Abu-Dahrieh et al., 2011).

According to Naja et al. (2011), the gas produced from organic substances that are fermented by methanogenic bacteria is biogas. This can be achieved through the processes of hydrolysis, acidogenesis, acetogenesis, and methanogenesis to break down organic matter.

Before the process of anaerobic digestion begins, at landfills and other industrial sites, the organic matter is primarily composed of methane gas, carbon dioxide, water, and other small amounts of several compounds.

By following strict regulations and technical standards, as well as passing health risk assessments, biogas can be injected directly into the natural gas distribution network. The main requirement for injection of biogas into the natural gas pipeline is that it cannot contain water, ammonia, hydrogen sulfide, and carbon dioxide. Additionally, it must consist of 95% to 98% pure methane.

There are several different types of biogas, which are categorized based on age, the source of solid waste, the types of solid waste, and the origins of their production. The two main origins of production of biogas come from fermenters that take waste from industry, agriculture, and households; the other being waste processed from non-hazardous landfills.

Abu-Dahrieh et al. (2011) explains that small-scale ADs can be classified and put into three different types. The first type are single stage reactors. Here, all of the necessary biological reactions take place in one single tank that is continuously fed organic material. The second type of ADs are continuously fed two stage reactors that are separate two main-processes of digestion.

To best control the biological processes, the hydrolysis and acidification stages from acetogenesis and methanogenesis, are separated for optimization. The third and final type of digesters are batch reactors, which are filled once allowing time for biological processes to break down the organic matter. They are commonly used in laboratory settings to measure the biochemical methane potential.

In order to keep operating costs low, small-scale ADs have simple designs and built with inexpensive construction materials. The AD is buried underground to keep the temperature as constant as possible without the necessity of heating sources for fermentation. However, the fluctuation of buried ADs temperature along with outside temperatures, portrays a drawback to underground fermentation. This can lead to problems in certain regions that have cold winters and cannot produce enough biogas to fulfill energy needs year round.

Specifically, those regions tend to produce biogas in excess in the summertime and not enough biogas in the winter time. The excess biogas that is produced in the summer season is then released directly into the atmosphere. In most buried tanks, the underground AD has an opening for a manure-water mixture or biomass (influent).

There, it is fed into the tank where the process of anaerobic digestion takes place. Another opening has the purpose of removing the remnants of the solids (effluent) afterwards. Additionally, the tank is accessible through a service door and equipped with an outlet for the finished biogas (see Figure 1) (Rennuit and Sommer, 2013).

[I made this figure myself]
Here is shown a typical in-ground AD. Biomass such as silage, crop residue, or manure is inserted into the influent chamber where it enters the main chamber where it begins to ferment creating biogas. The remaining solids left over after the process are then removed through the effluent chamber where they can be utilized as an organic fertilizer.

Finally I'm getting around to reading your series about bio-digesters. Super interesting, especially the small scale part.

I once saw such a setup on a Costa Rican farm. They had a handful of pigs, a very simple digester right below the pig sty, and a pipe running to the kitchen to use the gas for cooking.

Another example of a small digester I saw in the highlands of New Mexico, where he put it into a greenhouse, with movable insulation panels he had to open and close at sunrise and sunset. He used the manure from his chickens and ducks for it.

What I would love to see (and learn about implementing) is a small scale digester hooked up straight to the toilet, to make direct use of our humanure, to produce gas for cooking / heating.

It's the great simple tech that goes a long way. I saw that for 5-600 bucks you can buy them for your garden pretty nice ones too. That would be a great system with the toilets especially for apartment builds and stuff. They have to have something like that going on already. I never saw them in real life (besides in the university) until I got to Germany. In our village we even have bio trash cans that they take and dump in the digesters.