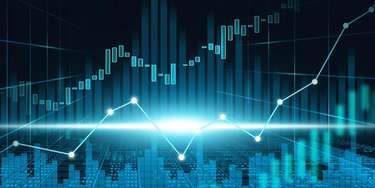 Hello fellow traders. The content of this article will be common knowledge to experienced traders but if you find yourself struggling to make profits and keep them. then this article is for you, so. read it carefully and then do your own research, as I will not be covering everything. I may, at some later point, write an in-depth article about this but for now I hope just to plant a seed of curiosity in those of you who are learning to trade and want to become profitable.
The Fibonacci Ratio is derived from a work by the title of Leonardo Fibonacci's Summation. One of the discoveries within, is what some call the 'Golden Ratio'. If you were to take, for example, the number 1 and add it to itself the sum of them would be 2. If you then add the previous number to the sum (1+2) then the sum is 3. If you add the previous number in the series (2+3) then the answer is 5. It looks like this: 1,1,2,3,5,8,13,21,34,55,89 and so on. If you take any of these numbers and divide it by it's predecessor in this sequence, the answer will always be 1.618. This is called the 'Golden Number'.
The stigma behind this seemingly simple pattern runs a lot deeper than you might think. This ratio shows up all throughout nature, art, and quite interestingly, in financial markets. As peculiar as this may seem, the correlation of this ratio found in everything from seashells to flowers, and the booming stock markets, has been known since the 1930's.
Do you ever wonder how your favorite writers or websites come up with their projections for currencies (i.e. cryptocurrencies like Bitcoin or various stocks?) This was the beginning of that science and is still used by the most profitable of traders today. One of the biggest mistakes that a trader can make is ignoring the overall trend of the currency being traded. You may find yourself always guessing if the value is going to go up or down, thinking things like, "Well, it went way down right here so it's gotta go up now right?" So, you put in a bunch of buys and voila! The market starts to rise! Only, to come crashing down a hundred points and leaving you with a sour taste in your mouth. Or maybe you buy in and it starts going up, but then begins to drop, and so being afraid that it is going to bankrupt you again you sell out even though it eliminates your profit entirely. Maybe you are contract trading and you even go as far as to sell for short thinking, "Oh no! You aren't going to get me this time! This time when you come falling out of the sky a hundred points I'm gonna get all my money back!" Only, to have it now rise up 100 points and once again leave your portfolio suffering. If you are dealing with these problems then THIS ARTICLE WILL CHANGE EVERYTHING! It may even change your life!
A man named Ralph Nelson Elliot recognized the correlation between Fibonacci's 'Golden Ratio' and the rising and falling of the stock market, (i.e. Dow theory). Today's markets including the cryptocurrency markets show some variation from the original 5 wave theory however. More often appearing in these markets are 3 wave movements which hopefully you will understand in just a moment. So, now, onto the explanation and the important numbers that any profitable trader should remember when developing projections for market trends and measuring the quantity of increase.
Have you ever seen the movie Next? The main character (played by well known actor, Nicholas Cage) in this movie can see just a few minutes into the potential future. He has this ability since birth and can actually change the outcome of a situation by changing his own actions. Imagine if you always knew what price your favorite currencies would be sitting at an hour from now, or 5 hours, or a day, even a week? Would this not increase your profits and unleash infinite financial potential? Essentially, this theory was developed to do just that. With caution, patience, and some studying you also can project your own futures and watch the profits unfold.
Here is a visual that may help you to understand the overall concept of these theories. This is 5 wave theory:

As you can see by this chart, each wave has an increase (extension), followed by a decrease, (retraction). Each wave is consistent of 8 legs and the ratio of the first leg's extension, to it's retraction defines the parameter for the next extensions quantity of increase. For example let's imagine that leg one's extension is an increase of 100 points and it's retraction is 61.8 points. If, "L"=Leg 1, then the next extension should be a value of 161% of Leg 1 [(I.E.), (1.61 x L)]. The increase of leg 3 (or the second 'extension'), should be equivalent to a rise of 161. If the 100 point rise of the first leg was followed by a retraction of only 38.2% (38.2 points), then the next extension in the wave should be 123.6% or 123.6 points based on the amount of increase in leg ones extension. Here is a chart that shows all of these values with their relative responses. The same values apply to both bear and bull markets. You just reverse the same ratio and do the math to crank out your projections. Just match the value of the retraction to the subsequent increase and put in your values.

Use these ratios to place smart buys and sells. Also keep in mind that these are not necessarily the only percentages that your legs will correct to. In order to find the correlation between each circumstance do this math. If E is equal to the increase of extension one, and R is the amount of the retraction then your POI (percentage of increase) is (R/E+1.
). Soto find projecteeted price prediction for your next wave, then your formula is [(R/)( E)+T)=P] where e T = the turn around point at the bottom of yourtraction and P is your projected end price after rising. OnOnne of the safest ways to do this with confidence is to wait for the first wave to pass, establishing that the trend is indeed bullish or bearish. After the first leg of the second wave ends and starts to retract, start placing buys or sells as it drops (or rises if the trend is bearish) increasing the amount that you are buying (or selling) the further it retracts so as to lower or higher your average buy or sell price. Pay close attention to the amount of retraction and when it begins to rise or fall again (bullish or bearish.) Once it turns around divide the amount that it retracted by the amount of the previous extensions increase to get the percentage of retraction. Plug in the math to figure out where you will take your profit. Here's an example:
Let's imagine that we are contract trading on 50x margin and we recognize a bullish trend. The price of our currency has risen. We have seen a whole wave pass and it has pulled back twice after it's peak in legs 6 and 8. The price now resides at 2000. If we have correctly identified the direction of the trend, then the next leg of the next wave will take us up higher once again. For this example let's imagine that we were correct and that the next leg takes us up 100 points. The price now has risen to 2100, so, we begin to place small buys as the first leg (extension 1), goes into it's retraction (leg 2). We increase our buys as it descends down from 2100 to 2038.2.
Being that the first leg of our new wave was valued at 100 points, let's plug in our math (Fibonacci Ratio with Eliot Wave Theory.) After our currency's 100 point rise it proceeded to fall down to 38.2 above it's starting point. 100-38.2=61.8. This means that our retraction falls into the category of 61.8%. This means that we can expect the next leg (extension 2) of this wave will move us up 161.8% of the first leg (extension 1) of this waves amount of increase. Leg one's increase was 100 so 161.8% of 100 is 161.8. The beginning of our new rise (extension 2) in this wave begins at 2038.2. Our new increase should be 161.8 higher based on our calculations. So, 2038.2+161.8= 2200! Our projected sell should be for approximately 2,200 before the next retraction!! We place our sells, the price goes up and we take a full and healthy profit from our investment!!!
Pretty exciting stuff, and it's no joke. :) I hope that this helps some of you out there to become better traders and make a killing! Thanks for reading and if it works out for you don't forget to leave a tip. Maybe you'll make a million bucks and you can return to this article to send me a small donation! I sure hope so! :D
Happy trading, Jonathan Caleb Williams.
Eth Donations wallet: 0xc07B7595174Ccf7839eC9b362e9a7E34042CBfBf
Btc Donations wallet: 18A1aQWHnvozdZvCby4G2qmfDam8vfFEYA