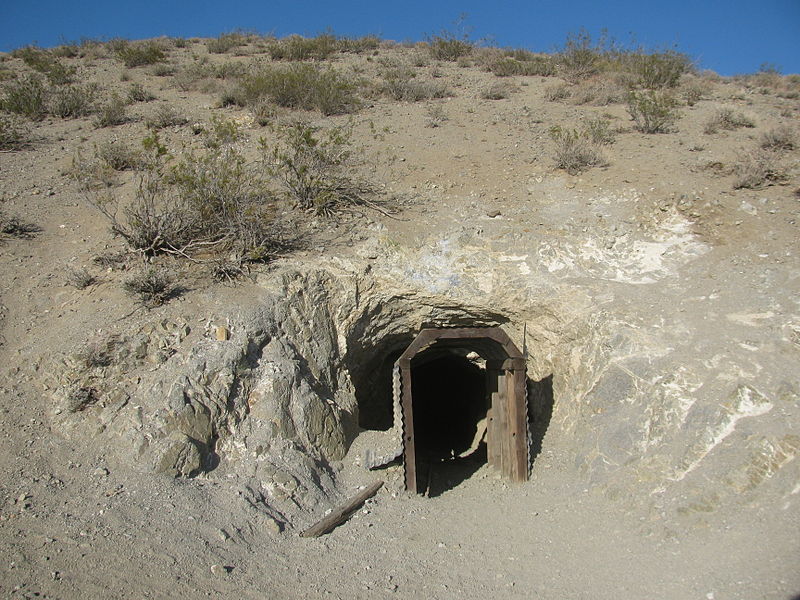 Where does an engineer with extensive pizza restaurant experience turn when he needs a job? You guessed it, I went back to construction. It was the early 1990s and fiber optics had become the craze of the dawning communication era. I heard that China Lake Naval Air Weapons Station was installing miles and miles of new fiber optics to replace and expand their communications and security systems, so I found out who was hiring the contract labor. One Friday, I walked into their office to get a job. The lady interviewing me explained that handling fiber optics was tricky and most of the contractors had no experience with it. I told her fiber optics were no problem for me. She asked if I could start Monday, and I assured her I would be there.

I didn't lie to her, I just knew I could do this job.

From the interview, I went straight to the library, because I didn't know the first thing about fiber optics. The Kern County Library in Ridgecrest had a book by Paul Rosenberg explaining the basics of electrical construction and the basics of working with fiber optics. I read it over and over for two days, so when I arrived at work on Monday morning I could direct my crew as if I actually knew what I was doing. I highly recommend the writings of Paul Rosenberg. Over the years we have become friends, and I'm a better man for knowing him.

However installing fiber optics wasn't providing as much money as my wife and I had earned with the pizza restaurants, and it wasn't covering our bills, so I needed more money.

There's Gold For The Taking!

I've never understood people, but there are things about them that I have observed. For example, many of them are slobs. Rather than going to the county dump that was west of Ridgecrest, where they could dump a truck load of junk for free, they drive into the desert and just dump it there. Once one person dumps their junk in a spot, it seems to give license to others to dump their junk there, too. That never made any sense to me. Sometimes someone would dump a stolen or junk car in the desert, often shot full of holes. That would quickly become a dumping spot for other junk.

The nice thing was that I had a pickup truck, and with all my wandering in the desert, I knew where lots of those spots were. Aluminum prices were high and that meant free money for me. So, weekends and evenings, I would go driving in the desert, collecting aluminum. Sometimes my son would go with me, and it was a great time.

Back then, there was a television show by this guy named Buzzard, who went around prospecting for gold. I watched it and eventually bought a pan and some other prospecting equipment. Then, when I was out collecting aluminum, if I was near an old gold mine, I would grab four or five buckets of dirt from the mine's tailings. I would take it back home and run it through a sluice box that I had built based on what I had seen Buzzard using on that show. Pretty soon, I stopped picking up aluminum altogether, because it distracted me from collecting gold. I mean, why pick up free aluminum when there's free gold just lying there?

Eventually, installing fiber optics mostly paid the bills, but prospecting for gold was bringing in almost as much as working. When the fiber optics gig finally ran its course and dried up, I just increased the amount of time I spent prospecting.

Cindy wasn't thrilled with the direction things were going. I was playing in the desert, or with my sluice box in the back yard, while she was stuck in a tiny apartment with three little kids, no job, and no money to speak of. Plus, she wasn't really convinced it was legal to go gather tailings from abandoned mines. Much like my mom, Cindy wanted things to be predictable and consistent. She wanted a steady income and things like insurance. So, eventually we decided to head to eastern Ohio, where I knew we had enough family support to get us through anything. But, before we left, I had to go get shot at one more time.

Remember That Time That Crazy Lady Tried to Shoot Me?

During my years at the Westend chemical plant I made some good friends. One of the best was Johnny Flathers. When I told Johnny I was taking the family to Ohio and I would likely never see him again, he suggested we do something big together, like take my son Brian to his first Major League baseball game. The L.A. Dodgers were playing the Philadelphia Phillies the following Wednesday night, April 29, 1992, and Johnny had arranged the tickets.

Johnny was going to come by our apartment and pick up Brian and me. Our plan was to get up early and get to L.A. before the morning traffic snarled everything to a crawl, then we would hang out at Knott's Berry Farm until it was time for the game. We were all very excited.

I was awake and dressed by 5AM, just sitting in the living room watching the television, as Brian got dressed and ready. Cindy was making him breakfast and assembling some sandwiches for the trip. The early news came on and the lead story was that the jury was expected to make its announcements in a few hours, on the Rodney King trial. Cindy and I both froze and looked at each other. I was not taking Brian into the Los Angeles Basin on the day of that announcement. Cindy and I both knew what was about to happen.

Johnny arrived a few minutes later and I explained the news. He understood my concerns, but the gravity of the situation wasn't obvious to everyone just yet. But I knew what would happen. I remembered the Watts Riots, and I knew that a white jury from Simi Valley was not going to convict white LAPD cops who beat a black man. I had been smelling the anger in the air for days.

So I made a different suggestion. I asked Johnny if he knew the story of Burro Schmidt, and he didn't. As Brian joined us in the living room I told them the story, and how the Burro Schmidt Tunnel was made. After the story was told, everyone agreed we could go to a ballgame most anytime. But, today, we would have a peek into the history of the Mojave.

Until we went outside, I didn't realize that the desert was socked in with fog. Johnny asked if I could find Last Chance Canyon in fog this thick. He wanted to make sure we wouldn't get lost. I laughed. That was a good one.

No matter my experience with the Mojave, I missed the entrance to the Burro Schmidt Tunnel by about 200 yards east and 100 yards up the mountain. We left the truck on the ridge were we could see it, as soon as the sun burned away the fog, and picked our way down the mountain on foot. The tunnel is about a half mile long, so we explored it and kept ourselves busy until the fog lifted. By that time, we could see the road I had missed, so I told Johnny to stay with Brian and I would jog up the hill and fetch the truck. Johnny had fought a tumor on his spine some months earlier, so it would be easier for me to just run up the hill than for him to do it.

In those days, I was pretty healthy. I had been lugging pails of gold mine tailings and then processing them. I was fairly fit. Running 100 yards up a mountain, while running east for 200 yards would barely get me breathing good. When I was almost to the truck, I heard bullets whizzing past me, striking the rocks around me, and then buzzing off into the distance. Six shots in all. I looked down the mountain and this old woman was feverishly trying to reload her revolver. She was about ten feet from Brian and Johnny.

I jumped in the truck as fast as I could and got down the hill as she finished loading her revolver. As I exited the truck, she began the motion of pointing the revolver at me, while threatening me in some kind of senseless gibberish. Johnny had been shouting at her, commanding her to stop shooting, but she was clearly not in charge of her faculties.

I moved on her much faster than she could process, and I almost crushed her hand when I snatched the pistol from her. I emptied the ammo on the ground and threw the revolver into the desert as hard as I could. I wasn't in much of a mood to talk, so I motioned Johnny and Brian into the truck and we went back to Ridgecrest.

The old woman was the notorious Tonie Seger. She claimed to be the wife of Burro Schmidt, but that story has never had any validity. Burro Schmidt would have been gone for maybe ten years or more before Seger began squatting on the land, trying to charge people to see the tunnel. I had heard of a crazy old woman who hung around there sometimes, but in all my visits to Last Chance Canyon I had never seen her before that day.

For me, the take-away was in seeing how inept the Bureau of Land Management handled the whole Seger/Schmidt problem. The BLM employees and the Kern County Sheriff's office knew they had an armed, unstable old woman who believed crazy fantasies about her "marriage" to Schmidt, whom she never knew. They knew she was randomly extorting money from anyone passing by, and they knew she had shot at people, yet they did nothing.

But hey, at least we weren't in L.A. when the Rodney King riots broke out. Keep in mind, these riots weren't the product of anarchy or freedom, they were directly caused by government fanning the flames of hate that the same government had intentionally lit.
Next Chapter