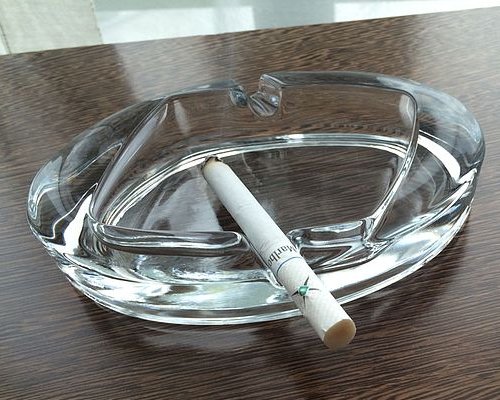 My dad was still running his construction company, but at a slow pace with no employees other than me. He liked it that way. We would dig one or two house footers a week and Dad would pay me $20 or so for the one or two hours of work. I didn't really need the money, but he didn't know about my other business dealings, so this gave me the air of legitimacy. With the heat of summer coming on again, I had quit my job at the gas station, so it was good for people in town to see me in Dad's truck, as he went around to construction sites arranging jobs. It was also good for people in town to see me at building sites, setting up sighting strings and running the trencher. Having too much cash without a clear source for it can get you in trouble. It's better if people can see you doing actual work. That said, there was plenty of money flowing.

I had a small crew that went with me to the city yard each month, late at night. The city ran its own trash service and they had two gasoline-powered trash trucks. We would enter the city yard under the fence in the back, each of us carrying two five gallon gas cans and a chunk of hose. We would take about ten gallons from each trash truck, and then we would take two or three gallons from each city pickup truck or whatever was at the yard for repair. Often there was a police car in for repairs or service. Once it worked out a bit different.

Normally, we never entered the city's buildings at the yard. We just took the easy pickings outside. The yard had a gas pump, but it was always locked. Someone had the idea that the key for the gas pump may be easy to find inside the main building. We talked it over and decided to give it a try. We thought we would just go in and have a look around. If we found the key, then great. If not, maybe some free tools.

There was a small side door and I was able to quickly slip the lock. Once inside, we saw a police car parked just inside the big main doors, which shouldn't be anything to worry about. But as we looked around, we saw a table and chair by the cop car. There was a thermos bottle and a dirty ash tray on the table. That shouldn't be there. The whole shop was no smoking due to all the flammables, and only a cop would be so arrogant as to sit there and smoke, so we got out of there. After that, we only hit the city yard, and then we stayed on the outside of the buildings. That was one of many times that dumb luck, chance, or perhaps some unnamed protector kept me from harm. It wasn't an anomaly. It was a pattern that has followed me. It's a thing that has made itself known.

Now, the gas thing wasn't a big cash producer. We gave away all the gas we didn't use, mostly to the Brothers, and we never mentioned how we got it. Of course, no one asked either. At first, my primary cash flow came from increasing the number of people I was collecting for and delivering to. Few transactions were the size of Chet's dude in Cantil, but it was really more about doing favors for the Brothers. They didn't want to ride all the way out to Barstow to drop off an envelope, so I would go. It was uncomfortable for them to ride into Hell's Angel's territory in Bakersfield. But the best run was when they needed me to go to Riverside. I would take their package and board the bus in Mojave, ride to San Bernardino, then catch the bus to Riverside. Their drop point wasn't far from the Riverside bus station, so it was an easy walk. I never looked in the packages and I never asked any questions. Eventually, I began making the run every four weeks, and they would pay me $200 each trip.

Like I said above, I didn't have much of a social life until I got out of high school, but once I did, I quickly started making connections with like-minded business people. I flourished. Nowadays, we would call it networking. Chet introduced me to some guys, and we did business. Those guys took me with them on small jobs and introduced me to other guys. Eventually, I found the source of that kilo of hash and it was in Riverside. Not where the Brothers were sending me, but not that far from there either. That's why I liked it so much when the Brothers would send me to Riverside.

The Riverside hash operation was not like anything else I ever encountered. It was a bunch of preppy white guys in slacks and polo shirts, in a nice neighborhood, in an average house. There was usually three to five guys in the house, but they weren't always the same ones. And they always smiled way too much. At first, I thought it was some kind of gay living arrangement, but I quickly figured out they weren't so gay. I used their bathroom once and took a quick look around. Nothing in the cupboards, no soap or shampoo in the shower, and nothing in the medicine cabinet. I peeked in a bedroom and it was empty. No bed, nothing in the room. There was always delivery-food-like pizza or Chinese food boxes on the dining room table and on the tables in the living room, but the kitchen looked spotless. I came to believe I was dealing with a government operation. I don't want to go all Gary Webb here, so (cough)CIA(cough) I don't have any idea who those starch white drug dealers could be.

The hash, as I mentioned above, was wrapped in oddly colored cellophane and often had writing on it in some language I didn't recognize. It kind of looked Arabic, but it also looked a bit like Hindi. Many of the kilos had a round symbol stamped on the top. The symbol had arched branches with leaves on the right and left, with a fist holding a rifle in the center; then, a bunch of writing all around it. Later, I found out it was the stamp of the Mujahedin, the Afghan rebel alliance. I thought that was pretty cool. I saw Star Wars and I thought rebel alliances were a good thing to be a part of. But I didn't ask the Riverside preppy guys any questions about it. You just didn't ask that kind of questions.

They had a nice set of triple beam scales there and they always let me divide up my kilo right on their table. I split it into fourths, then split one of the fourths into grams. That gave me three 250 gram bricks and 250 one-gram balls. The balls went into the lining and pockets of my jean jacket, and the quarters went into my case.

From Riverside, I followed the bus lines back to Mojave where an associate would meet me, take the case, and pay me the same amount I paid for the whole kilo. Then, I would stay on the bus to Bakersfield. At the Bakersfield bus terminal, I would hang out a few hours and sell most of the hash balls. I developed regulars that expected me. Then, I would ride the bus to Fresno and sell the rest. At Fresno, I knew a guy that had a small local growing operation, so I would pick up a half or a quarter pound of weed from him. However much his plants had produced that month. It was all leaf shake, so he considered it junk weed, but people still bought it. Every six months, his crop would mature and he would have premium buds.

From Fresno, I would ride back to the Bakersfield bus station, where I would sell some of the weed. Then on to Mojave, where a ride would be waiting to take me to California City. It was a nice run. I did that every four weeks and usually cleared around $3000 as my cut. This was 1979, so $3000 a month was a nice chunk of money for a seventeen-year-old kid, and that didn't include my other income from collecting and delivering for the Brothers.

It didn't really seem to matter how much money flowed in, because it flowed out just as quickly. Almost every weekend, we had a party somewhere. We always had kegs of beer, lots of bottled spirits, and sometimes we hired a band. We sold lots of weed, hash, or maybe acid or mushrooms at the parties, but I think it was more about supporting the culture and lifestyle of the day than making the parties profitable. Either way, the money seemed to vanish.

Our cars and motorcycles swallowed up a lot of our cash, too. We all had some kind of muscle car or hot rod, and we all had various motorcycles and dune buggies. I had three 1966 Mustangs, a 1965 Fairlane, a 1964 Galaxy 500, a 1969 Fairlane, and a VW dune buggy, plus several motorcycles, including a custom built 360 Bultaco Pursang that was like riding an angry, menstruating tiger. Seriously, she was one pissed off machine that tried to eat me several times. The whole experience was like standing in a river of money. It was everywhere, and, yet, as soon as you step out, you're dry.
Next chapter