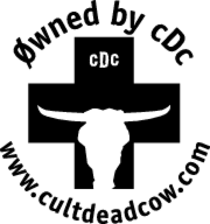 As bad as I hated working for a megacorporation, this time wasn't so bad. I contracted my skills through a small company that connects scientists, engineers, and other professionals, to major corporations and government agencies.

I have to be very careful how I word this section of the narrative, since some of the actions I am about to allude to have no statute of limitations. So expect me to be vague. On the other hand, I need to talk about the things in this section, otherwise later parts of the book won't make sense.

Prior to the release of Napster in mid-1999, some of us on the Internet had been seeking ways to crush the government-granted Intellectual Property laws (IP). Naively, we believed that if we could widely distribute IP-protected information on servers that belonged to corporations and governments, then make those files available to the general public for free, IP laws would become a moot point. IP laws would become unenforceable. Our first target was the music industry monopolies.

There was a hacker collective back in those days, called Cult of The Dead Cow (cDc) that I was associated with for some time. They developed a software back door designed for a popular office management network software of the day. This back door made it possible for the other anti-IP group of us, not associated with cDc, to load large quantities of MP3s onto office servers, then open that door to anyone who knew the Internet address.

In late 1999 to early 2000, we paused our anti-IP work to see how the government and the music industry would respond to Napster. I was never active in the group after that.

At that same time, I was teaching myself how to code in Java. I was looking for something on the Internet that was Java-based and complicated, so that I could take it apart and see how it ran. I found a MMORPG that fit the bill perfectly. It was a game where the world inside the game was based on mining, trade, fighting, and magic. It had a gold-based economy with active gold mining and refining. I liked playing the game, but mostly I was searching it for holes and ways to dissect it so I could hone my Java skills. It wasn't my intention to harm the game, nor its owners. I just wanted to know how it was written in Java.

The gameplay contained what the developers believed to be a flaw, but this was only because they didn't understand a free market and had no understanding of how a gold-based economy works.

One of their mistakes was based on their own actions. The developers thought they were doing a nice thing for the players by having massive gift drops on some holidays, like Christmas. They dropped odd things like hats and other vanity items. What they didn't realize was they were passing out free items that would quickly become scarce goods. Scarcity in a market drives the price of the scarce good up in direct proportion to the demand for that good.

So for example, if the developers dropped 5000 free hats to the 5000 players that were logged in at that moment, the other 20,000 players that weren't logged in would want those hats. With time, half of the original accounts that received hats would drop out of the game, destroying 2500 hats, making the goods even scarcer. The longer the game goes, the less hats are in the market, and the more new players enter the market, the more expensive those hats become.

The developers were appalled that players were spending crazy amounts of money for a vanity item that served no function in the game. That's because the developers understood neither markets nor human nature.

The next thing the developers were upset about was that the prices of items created by the players in the game, like weapons and armor, experienced price fluctuations. The developers failed to understand how supply and demand works on a free market, so they destroyed the gold-based free market by dumping large amounts of gold or weapons and armor into the game, in an attempt to control the prices. Of course, it had the opposite effect. The in-game market became wildly unstable and billionaires were created, while millionaires became destitute and disgruntled, then left the game.

I already had a pretty good understanding of markets and how a gold-based economy worked, but I wasn't good at explaining what I knew, since I didn't know the terminology used by economists. Therefore, my attempts to educate the developers pushed me to learn more about the economics of a free market with a gold-based economy. But there was an interruption in my education.
Next Chapter

Haven't seen reference to the CDC for a fair spell. I wonder whatever happened to their proposed mesh network using microwaves. That's the last I recall of them.