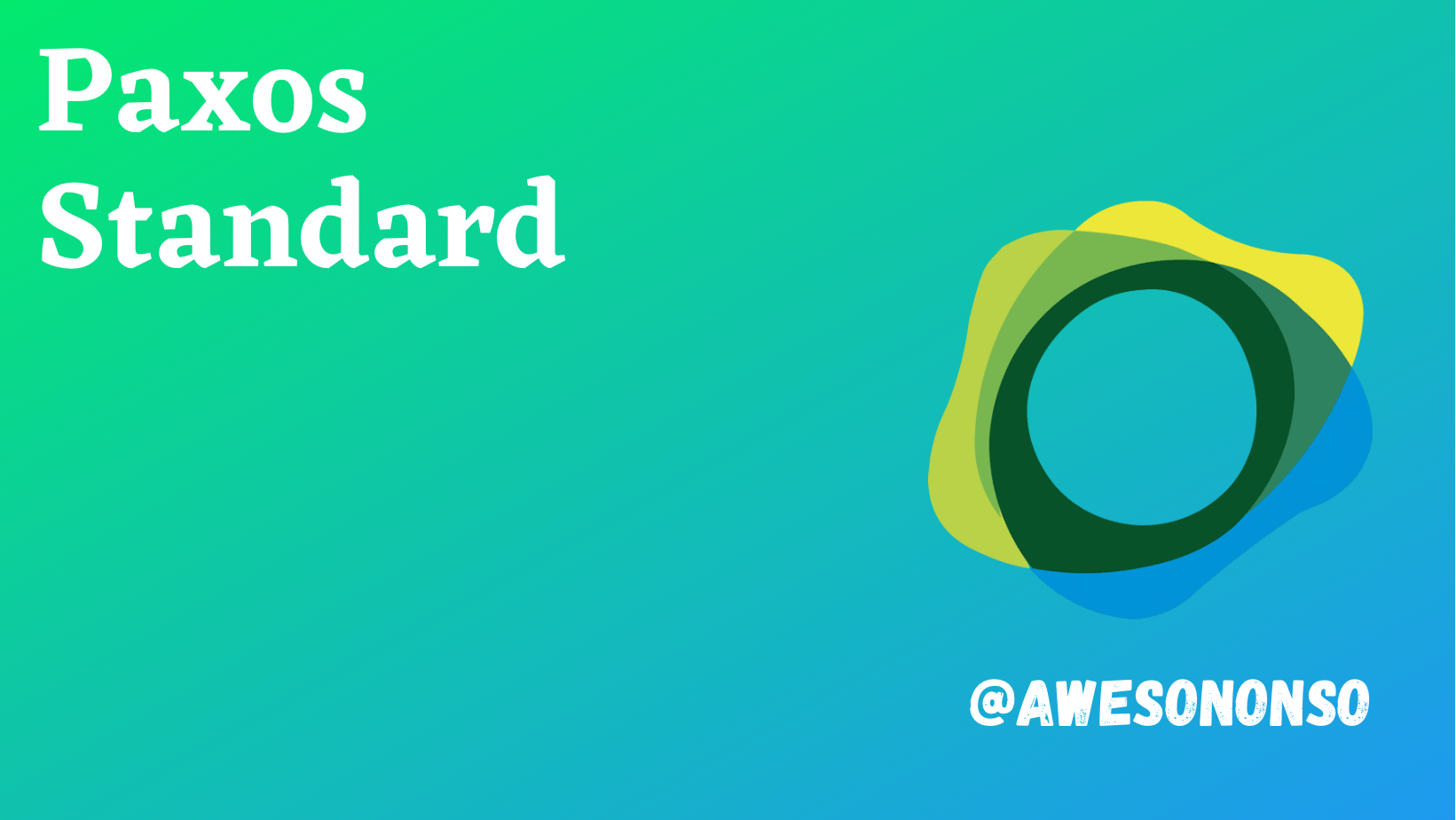 Learning about stable coins has been really fun. I never thought learning could be fun but @yohan2on has proved that to be wrong. The last lesson on the demerits of stable coins was really informative. It goes to show that not all that glitters is gold. Even stable coins, as “stable” they are also have their problems. But that’s by the way...

I want to talk about a second stable coin today. Last time I talked about The Dai coin. Today I’m going to talk about Paxos standard to complete the task given by @yohan2on that goes:

Let’s get into it, shall we?

Just like Dai, PAX was launched on the Ethereum blockchain and are issued as ERC-20 tokens.

It is backed up by funds in US domiciled accounts owned by Paxos and insured by the Federal Deposit Insurance Corporation (FDIC). Paxos distinguishes itself within the blockchain industry as a trustworthy issuer because it is licensed as a limited purpose trust company. " Thestreet.com

By this, we can easily say that PAX is a fiat backed stablecoin.

With a market cap of $792 million as of writing, PAX is currently No. 6 on the list of largest stablecoins right behind TerraUSD according to coincodex.com as shown below.

The coin is special because it can be exchanged directly for USD on the blockchain.

The Paxos Standard tokens (PAX) are issued as ERC-20 tokens on the Ethereum blockchain and are collateralized 1:1 through the USD held in Paxos-owned US bank accounts.
" coinmarketcap.com

PAX aims at reducing the gap between the dollar and blockchain technology by integrating swift inflow and transfer of digital currencies anywhere and anytime.

Paxos Standard statistics as of writing

From my research, PAX has its own DApp by name Paxos Standard with website paxos.com.

Exchange platforms to get Paxos Standard

The PAX is a growing stablecoin with an innovative approach and clear goals. Its popularity has been of the increase with evidence of its market cap boost from $220 million to approximately $790 million in under a year. Although it is lower in ranking than the previous coin I wrote on (Dai), it is still a force to be reckoned with.

Thanks for stopping by

Thanks for attending the 7th -Crypto course on stable coins and for your effort in doing the given homework task.

Faily done! More effort was needed in your research work.

Thank you @yohan2on. I’ll do a lot better next time