🏀The Ball Talk - Paul George and Kawhi Leonard to the Clippers. 🏀 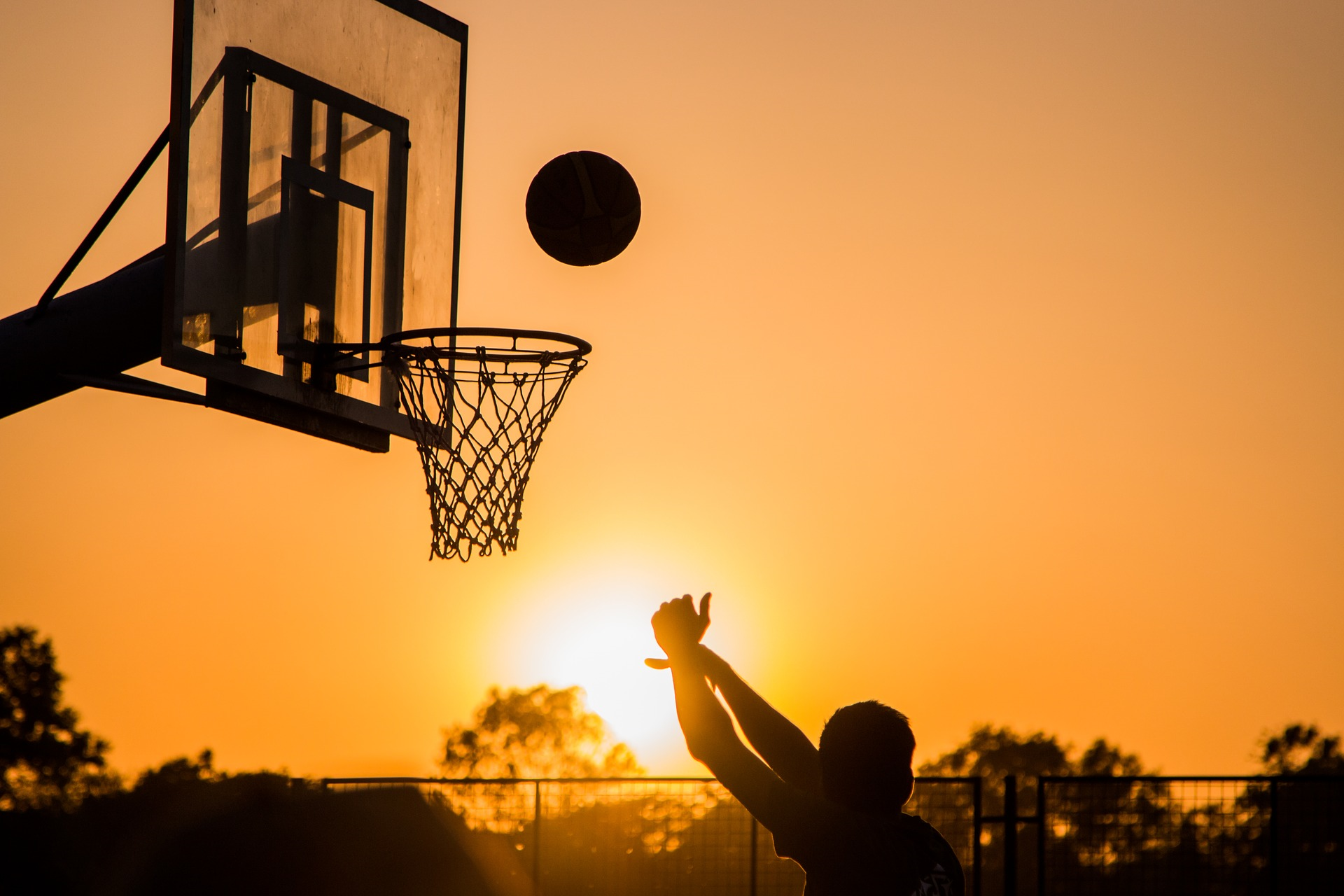 Well, hello there to all of the basketball fans out there. I honestly never thought I would start blogging about basketball, but heck why not? As I am a professional basketball player I thought I might share some of my thoughts about the recent "craziness" with trades happening around the NBA. It has sure been an interesting summer with all the trades happening. I think this is the first time in the history of basketball the team rankings changed so quickly.

In about 2-3 weeks span or even that the power rankings have changed entirely. One of the trades which literally triggered the NBA "tectonic plates" to move was Kawhi Leonard choosing to join the Clippers and getting Paul George to join him as well. I honestly think nobody could off imagined this happening at all? I mean besides Paul and Leonard.lol I just love listening to the ESPN predicting stuff being all "experts" on it only to be completely wrong. I think Leonard got the best of them twice already. Stop trying to predict what that man will do already. Just wait for him to announce it next time. lol

I think never before in the history of the NBA players are so easily leaving one team to join another for a better chance to win a ring. And, I honestly think that is ok. The times have changed, the NBA has changed, and we should just accept it. The time of stars sticking with one NBA team is in the past. Except for Damian Lillard maybe. Even though I am keeping an eye on him as well if he does not win a ring in the next 2-3 years. The truth is without having a couple of All-Stars on your team today your chances of winning a ring are slim to none. It all started with Lebron, then it moved on to KD joining the Golden State, and the rest is history now.

I think honestly Clippers hit a jackpot with these two trades no matter how much they gave up for these two players. Not only that they got two amazing basketball players who play on both sides of the court but they were also able to keep the core of their team which battled Golden State without a true superstar on their team. Plus both of these guys are still at the prime of their game. Kawhi is 28 and Paul is 29. I think in these days you have to take risks like this if you want to win a ring. There is no other way. And, if these two guys are able to stay healthy they have a pretty good chance to do so.

As I mentioned above they already have some great players role around them who already built great team chemistry. And, they have an experienced coach in Doc Rivers. They got Lou Williams a great scorer coming off the bench to give these two superstars some rest. They got a great young talented big man Ivica Zubac to basically rebound, and protect the rim for them. I think he will profit the most on all the pressure being on Kawhi and Paul George. He is going to get a lot of easy buckets. Not to mention Patrick Beverly who is a great defender and a very solid player on both sides of the court. And, they also have Montrezl Harrel who is another hard-working player who can play on both sides as well. They really have all the pieces they need to go all the way next year. I think defensively they are going to be the best team in the NBA. And, their offense is not far behind their defense. They have a great supporting cast to go along with two superstars. It is going to interesting watch how they come together as a team.

Well, it is really hard to predict anything these days. If they stay healthy my prediction is they will battle the Lakers in the West for the conference finals. I think honestly Leonard got really lucky this year with Thompson and Durant injuries. And, I think if that did not happen there is no way Toronto would have the first ring in the history of their franchize. But I think Golden State can't complain really, because they won their first chip with Lebron basically playing with nobody on the court with Kevin Love and Kyrie Irving going down with injuries.

The rivalry between the Lakers and the Clippers will be fun to watch no doubt. Lebron and Davis combo against Paul and Kawhi. And, the ex-factor Cousins who I think if he stays healthy will give Lakers the edge they need to compete with the Clippers. I actually think with all these trades happening the NBA has gotten way more competitive. I think the balance of power has evened out a bit compared to the last years and many teams now how a chance of going all the way. What do you think about all these trade bombs dropping? How do you pick to go all the way next season? Would love to hear your opinion about it?

Thank you all for reading, have a great day all,

Interesting to read your take on this, I don't follow Basketball that much to be honest, Rugby is the sport I and Most New Zealanders follow
But I do follow it to a degree and know the teams and do watch a little here and there lets see how your predictions pan out

Well, I guess we will just have to wait and how things will turn out for my predictions. There are many variables to take in consideration, with injuries being one of the first to look at. All you need is one key player to get injured and your whole season could go down the drain.

But, there sure has been interesting trades this season. The power rankings have been so twisted around that it will a very interesting 2019-20 NBA season. :)

Your post has got me interested to catch well on tv games and see how the season goes, of course there are so many variables which kind of make sit all the more interesting

Well, we will see my friend. I think the league is a bit more balanced now as there are more teams which have a chance of winning it all.

It will sure be a bit more exciting season. 👌

I must remember to catch some games and see how the season goes,

That trade really knocked their socks off. They thought they knew it all! LOL, I agree it started with LeBron. I lived in San Antonio for a short time and became addicted to the Spurs and their then very honorable team. With Pop and The Admiral and the Little General... Oh, the good ole days. And they all stuck together.

Personally, I am from the East Coast and have been a Patriots fan since they began the team! Through thick and thin, I love them!!!

I think nobody was expecting it. Especially when Paul George trade came right after it. lol Every single person on the TV thought he is going to sign with the Lakers. ..

And, yes, my favorite team by far are San Antonio Spurs. I love the way they play the game. I always say they are the only team which truly plays BASKETBALL. I loved Duncan, Parker, Ginobili trio. Amazing t watch. These days now it all about business.

So funny! I lived there when Tony Parker and Ginobili signed and went to all the home games if you have ever been to one, David Robinson (do you remember him and Avery Johnson? Also known as the little general. The five of them Parker, Duncan and Ginobili, Johnson and Robinson- were unstoppable! And so humble! Respectful of their fans. - if you have even seen one of their games, David Robinson, who became an ordained minister, had a prayer circle for everyone at the end of the game. I love them and they loved their fans!

We lived through Parker's marriage and living out in the San Antonio Valley, then the divorce and well, we loved our Spurs!!!

Of course, I love basketball, in case you didn't notice~ :)

Oh, of course, I remember. One of the best duos under the basket at the time where Duncan and Admiral Robinson. I loved the way they respected the game, the way the played the game, and it was fun to watch them play. For me, a great deal is due to them for me the greatest coach of all time Greg Popovich.

But, the game is changing now, and honestly, I am not sure if I like it too much. New rules are made so there can more points scored and that is much tougher to play defense. These day's 130-40 point games without overtimes are just way too common. It is like watching an All-Star game every game. :)

Well, I can see you love basketball in the way you write about it. And, that my friend just makes you even more amazing. hehe :)

We loved our Pop!!!! The guy used to make the Spurs dress up in suits when they were traveling so that kids that admired them would respect them instead of popping off the plane with shorts down to their knees. :)

Kids looked up to them and we were fortunate enough to have Pop Popovich in our community - and we loved him!

I cannot even tell you how much the fans loved them and not only because they were great players, but because they are amazing human beings.

So much has changed! You are right! And there has never been another coach that even come close to Pop. His demeanor demanded respect and he showed respect. And he was darn good at what he did.

My favorite thing about him where his interviews with reporters during timeouts and after the game. Those reporters would be happy if they got a whole sentence out of him... hahaha

tipu
🎁 Hi @awakentolife! You have received 0.1 STEEM tip from @dswigle!

@dswigle wrote lately about: A Touch Of Trees On Tuesday Feel free to follow @dswigle if you like it :)