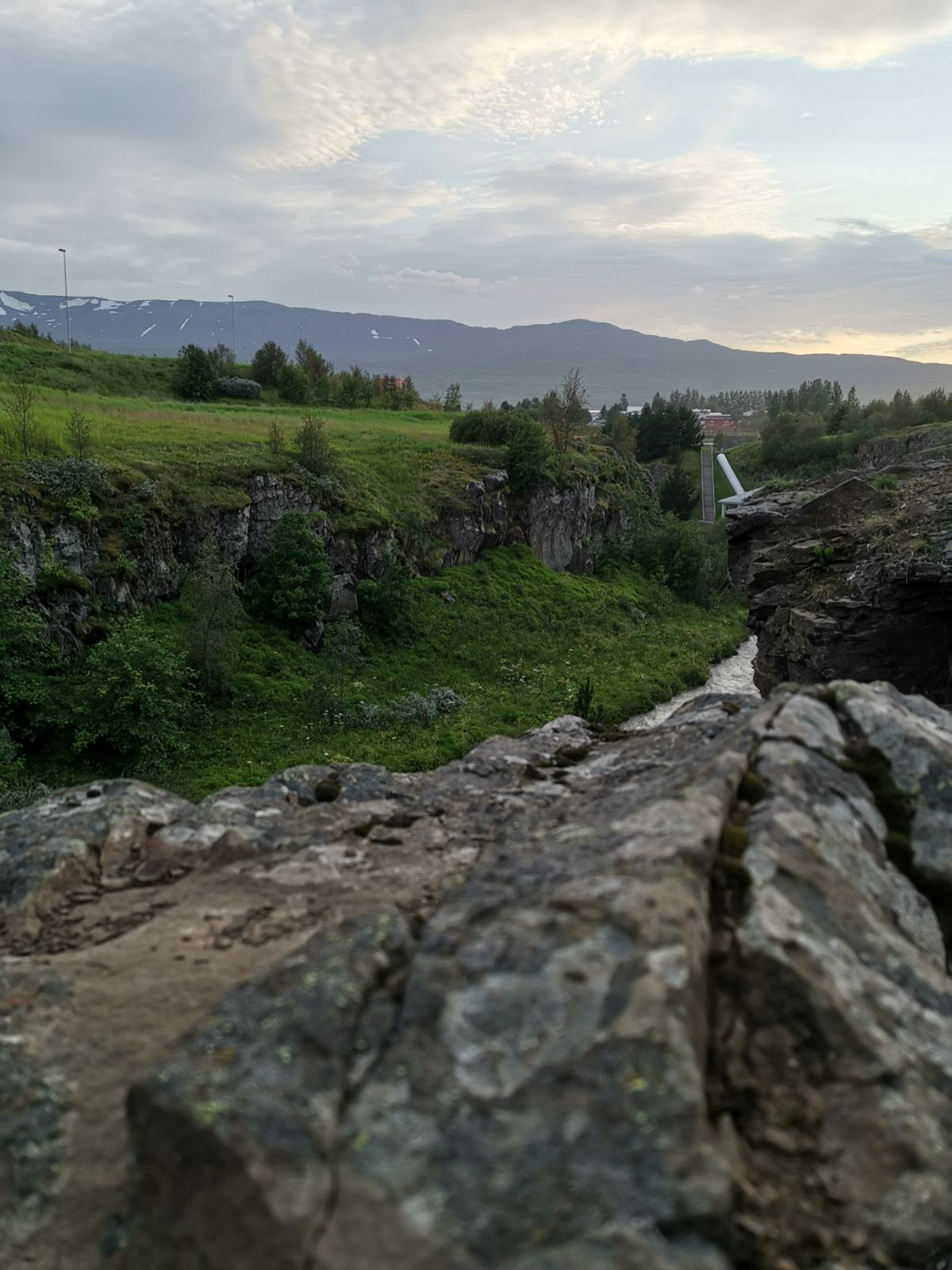 As many of you know about 4 months ago my brother decided to take a big leap of faith in his life. He has quit his job in Croatia where he worked on the airport as a security guard and packed his bags to go all the way to Iceland in search of a better future. Economic state in Croatia is not the greatest to say at least. You can make enough money to survive but other than that is a bit harder. He wanted to make a better living for himself so he took a big gamble. And, this "adventure" has been amazing for him.

In my last update, I have told you how he had successfully found a job in just two weeks after his extensive search. It was a good-paying job, but while working there he searched for another job. And, just after two months of search, an opportunity came to get a better job and he took it. It was a higher paying job and he did not have to work in the cold. I was so happy for him. He really deserved everything which he got. Nikola is a hard worker and I am sure he will soon impress everybody at his new job.

The Beauty of Iceland

Just the other day, he sent me some photos of Iceland. I asked him if I can share it on my blog and he agreed. I wanted to share some of its beauty with you guys. I was honestly pleasantly surprised by how beautiful some of these photos were. There is a lot of nature and big green fields surrounding his city. I bet the air is so fresh out there. 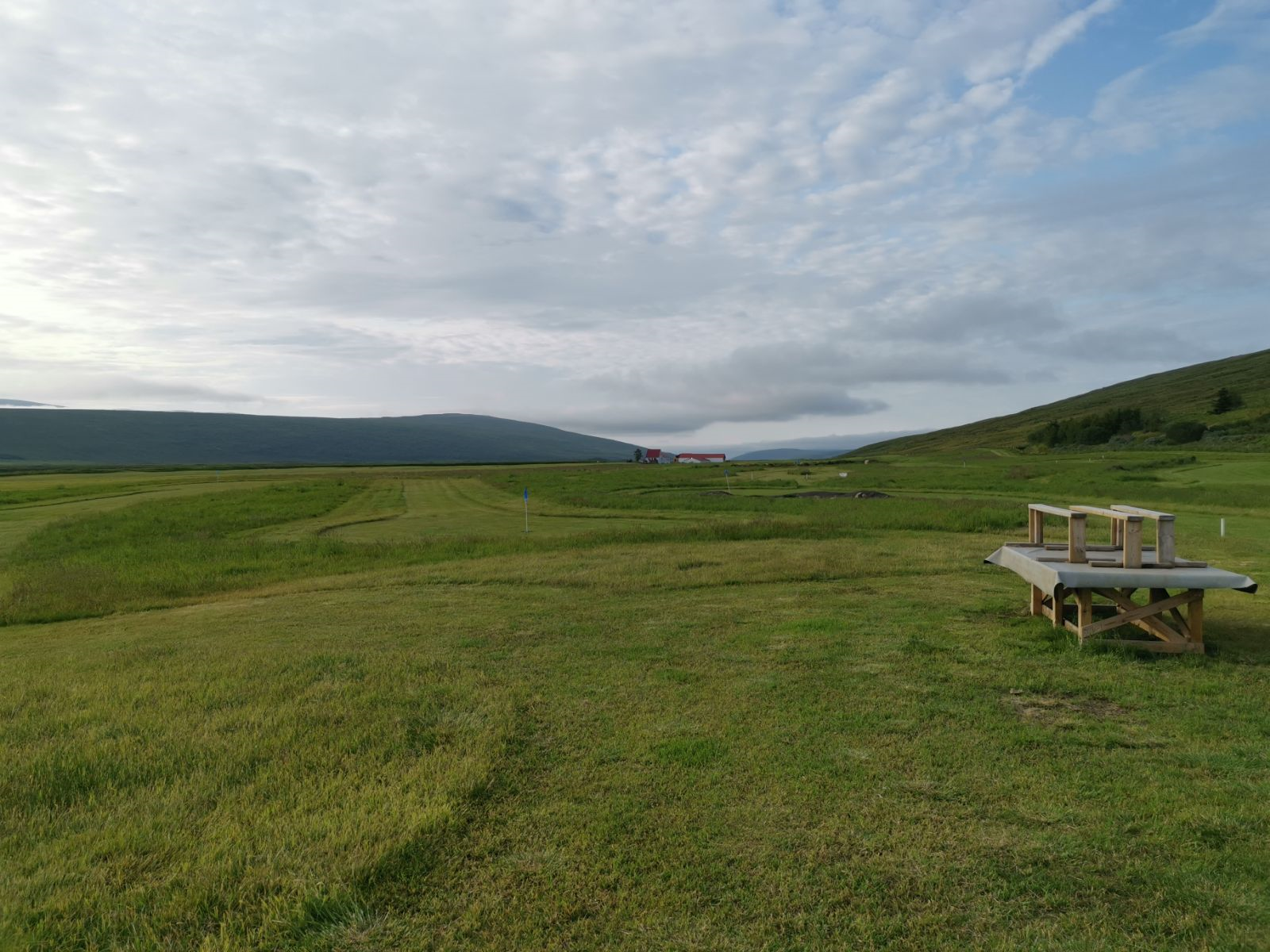 He also sent me some of the photos of a lake or a river running through his town. What I like the most was a little waterfall between the rocks and the nature surrounding it. When he told me he is going to Iceland I honestly thought I would be getting ice and some more ice photos. Assumptions can be tricky and sometimes they do get the better of you. Well, I was wrong. lol

He really seems to be enjoying himself in Iceland. Every once in a while I get photos like this from him and I am honestly getting impressed on how beautiful Iceland really is. He keeps telling how great their food tastes as well because they do not import much of the food. He told me the veggies from the regular market taste like the veggies from our mom's garden. Which is amazing.

I am really happy my brother has found his way in life, and I think things will only get better for him. He truly deserves it. He has set a date for his wedding next year and I can't wait for the next year. It is going to an amazing wedding. I have left the last photo for all the amazing ladies here on Steemit. As there are truly some amazing ladies here on Steemit. So I have a little beautiful purple flower just for you.

Thank you all for reading, have a blessed day, much love,

I always wanted to visit it. It looks absolutely gorgeous and I hope someday that I will get that chance. I am happy that your brother is enjoying himself 💚

Well, I am sure you will someday no doubt. It is really gorgeous and what I shared I am sure it is only the part of it. Hey, Steem price might go up to 15$ and then you will have no trouble affording it at all. :)

He really is enjoying himself. Thank you. Great to see you back to writing. :)

Iceland is high on my bucket list, hopefully I will visit it one day. :) I'm happy for your brother, I will have to look for a job soon as well! :D

Well, with my next post I will bring a beautiful part of Iceland to you. It really seems like a beautiful country. 😃

It looks much more greener than expected ;0)

Well, wait, for the next post. Yesterday my brother sent me loads of photos bad videos. A lot of green nature. It is going to be a great post.

This is amazing news @awakentolife! He took a huge leap of faith moving to Iceland without a job or home, but everything worked out beautifully. Next year will certainly be full of excitement for your family. A wedding to prepare for, how fun. Lovely pictures, and of course the flower, amazing :) Thanks for sharing with us. Blessings to you for a wonderful week my friend!

He really did take a huge leap. And, it has thank God paid off. He is really having a great time out there. Yesterday he actually sent me a lot more pictures and videos I have to make a post from. This will be a great post. 😀

And, yes, I am very excited about the weeding. It is going to be amazing. 😀

Thank you for such an amazing comment. Have a blessed day @birdsinparadise. 😃

Iceland is beautiful! I have been to Reykjavik and the surrounding area. Where is he? That is a trick we learned in school.

Iceland is green and Greenland is ice. LOL

Don't worry, they get plenty of winters! The photos are stunning and I hope he loves the sky! The most amazing pictures of the sky come from there! It was a huge leap of faith and I am so happy that He has provided for him and his wife to be.

I love it when stories work out like this!!! I raise my glass to his wonderful successes!!!

My brother is in Akureyri. It is about 6 hour drive from Reykjavik.

Yes, he told me soon they are coming to the time of only sun or only nights. I am not sure which one for a longer period of time. But he told me he does not care. He will get use to it.

I am incredibly happy it has turned out amazing for him. He is truly a great person and he deserves it. So I am joining with you to his success and to your wonderful comment. 🍷

I am not sure he could have picked a better town! I LOVED Akureyri!!! There is so much to do and see there, this is the month they have their Summer Games and there are museums and a Christmas Village (or used to be)

I think it is one of the most progressive towns! I love the Icelandic people and the darkness and light did not bother me at all. Of all the countries he could have picked, I honestly think he chose well.

Separated by the fact it is an island, I think it lends itself for less crime, less violence... less everything. The people are well-educated and very modern.

Good for him!!! That and the view of the Northern Lights - well, that just captivated my soul. Don't visit him, you may want to stay!!! ;)

He is loving there as well. He actually was most impressed about how nice and welcoming were people to him. They helped him a lot in his search for a job as well.

I think they really don't have much problem with crime and violence. They also live in high standard. Food and living is a bit expensive but with the salaries they give they can afford it easily.

And, yes I can't wait for him to send me Northern lights photos. That will be amazing and I will for sure share it here with all of you. 😀

Just like most of the Nordic countries, their standard of living is high. And their benefits many. It is enviable by most.

I call it a draw. Expensive to live, but, salaries to compensate. Win-win!

I agree with you! He couldn't have picked a nicer place!

tipu
🎁 Hi @awakentolife! You have received 0.1 STEEM tip from @dswigle!

@dswigle wrote lately about: Wednesday Walk In Chincoteague Feel free to follow @dswigle if you like it :)