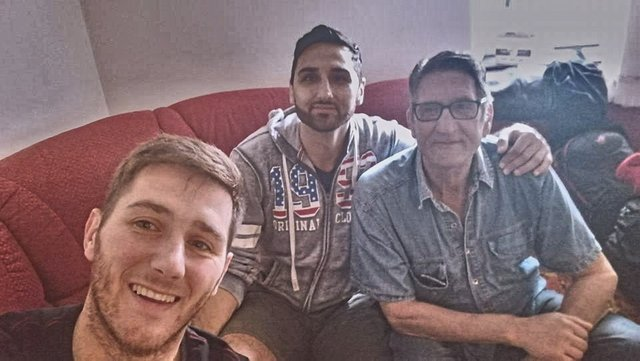 Let's "Save" Some Money

Well, my friends, there are a couple of more stories I need to share with you about the rebuilding of my bathroom. I honestly laugh about them now, but when it was all happening I was sure not a happy camper. My dad is great at this stuff but he is just not as young as he was when he could probably do this in sleep. When it comes to laying down tiles you have to be detailed. Especially in the preparation for setting of the tiles. I can't stress this enough guys. It is IMPORTANT. So let me tell you what happened? So you can again LAUGH AT MY PAIN.lol

Now to tell you about why being detailed is important and why you should not "try" to save money on the important stuff. If you have the money to do it. Do it right. Don't skip details because they will catch up with you in the end. My dad was still on that war save where you can mentality. Even though I specifically asked not to do so. I had enough money to do it right. The foundation of anything is the key to pretty much anything in life. Including the laying of the tiles in your bathroom.

So while putting new lair of the wall you first need to glue the pointers on the wall. They will let you know where you need to add more cement and where to take off in order to keep the walls in level and straight. And, that is one important thing you HAVE TO DO when you are laying tiles. The WALL has to be STRAIGHT and in LEVEL. It is IMPORTANT guys. Well, my dad did that on the half of the wall from the bottom. From the midway up he basically just added lines of the cement to the top without placing new pointers. Are you guys getting the picture of how this could be a mistake jet? lol

So he decided to "save" money on the rest and do the rest without the pointers. He gave me TRUST ME son speech and I HAD to let him do it. How can you honestly say to your proud father his eyes are not as they use to be and we should probably put the pointers just in case? You just can't do it. I still remember how proud he was after he put a new lair of cement. You, see son? I told you to TRUST ME. Look how great the new wall looks? lol And, it did look great guys. It really did. That is until I started putting the tiles up to the wall.

Where was the problem?

The area with the pointers was even and straight. I had to use very little tile glue on the tiles to glue them the wall. It was very easy to keep the tiles straight and in level. But the area of the wall my father did not use the pointers on was not even and in level. But, when I started placing tile higher and higher the more the wall "running" away from me.lol By the time I reached the top I had to use 10 times more glue on the tiles to keep them in level with the others.

Which means instead of using 5(25kg) bags of glue for the entire bathroom I had to use around 12 bags. I still remember how with every lair of tiles the gap between the wall and tile just kept increasing.. hahaha By the time I got about midway point I knew I was in trouble. Those 5 bags of glue I bought would not be even close enough to what we need to glue all the tiles. I mean not even close. The bottom layer of tiles I used maybe 5mm of glue while from the midway to the top I had to use about 1cm of glue to have it all evened out and straight. lol

So I have ended up buying about 7 more bags of glue because my dad gave me TRUST ME son speech and I believed him. All fathers have their pride, and you just have to let them do what they want to do. Even though he later saw he made a mistake he was still trying to justify it by saying how he save the money on the pointers. Guys, the pointers cost maybe 10 bucks. While the extra bags we had to buy cost us about 100$. lol In the end, he did say I am a sorry son, I thought I had this. My eyesight is just not what they use to be.

What to say, my friends? Was I a bit pissed in those moments? I sure was. Can't deny it at all. Seeing that wall "running" away from me the higher I got was frustrating to say at least. But, now looking back at all it will just be another funny story I will remember every time I look at those tiles. I will remember "trust me son" speech and that memory is priceless for me. Anyways, my friends, that is another story to add to my memories and I hope it made you laugh? I have one more "funny" story for you guys in the next post. I mean it is funny now when I look back at it. lol

Thank you all for reading, have a blessed day, much love,

Oh... I totally get you on the "super dad saves the day with penny wise pound foolish" moments.

But hey, they are the generation that were the most creative, except this time it was a hiccup instead.

Sometimes moments like this you'd start to realise that your dad is just another human and family member who needs as much help as anyone else in the weaker chain in the family, and that builds so much grace, care, and empathy knowing that as long as we are there for each other, a simple apology builds the bond.

I do agree with you with the resilient and creative part. My father lived through some difficult times. I understand where it is all comes from. He had to feed three kids during and after the war. He had to save money on anything he could. I completely understand his mentality.

But in this case it was needed as ai had enough money to do it the right way. Which would prevent the wall "running" away from me. Lol

But, it was all part of one big journey and I look back at it with a smile. Because it is just another great memory of my father in my books. 😀

Hello awakentolife, welcome to Partiko, an amazing community for crypto lovers! Here, you will find cool people to connect with, and interesting articles to read!

You can also earn Partiko Points by engaging with people and bringing new people in. And you can convert them into crypto! How cool is that!

Hopefully you will have a lot of fun using Partiko! And never hesitate to reach out to me when you have questions!

Thank you for the welcome. You sure have a pretty cool app here and I plan to use it a great deal from now on. 👌

Oh boy Durko!!! That must of been very frustrating! But I can see also see the humor in it now, lol. It's a great story that you will tell your children someday 😊

It was frustrating as heck while I was doing it but now it is just another great memory I can laugh about. The "trust me son day". 🤣😂

I can totally imagine Durko.................although I never lay tiles myself, I have been around few renovations and I know what it takes!