Who gets to play the real Madrid? 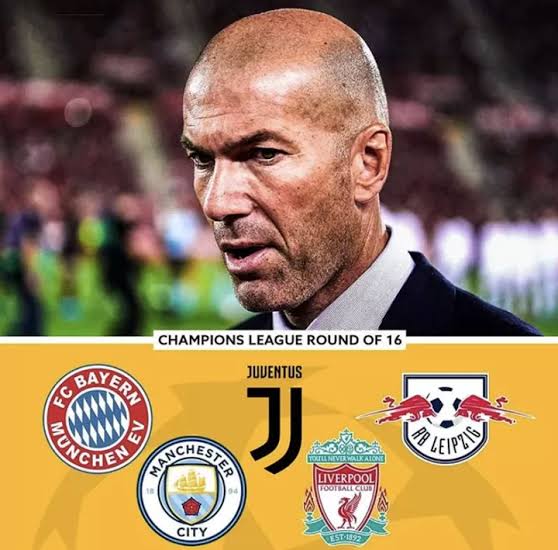 The draw of the Uefa Champions League knockout stage is scheduled to hold on Monday, 16th December, 2019. As a fan of Real Madrid, I am forced to weigh our options of qualifying for the quarter finals as there are big guns standing in our way with fear in the sky.

Real Madrid is going to meet either of Juventus, Bayern Munich, Manchester City or Leipzig. All of these teams topped their respective groups and Real Madrid is to play them as a punishment for finishing second.

These are very tough games, definitely going to test the morale of the Real Madrid team and their confidence in their quest for a 14th Uefa Champions league trophy. There is however one record to be hoped on, Real Madrid have never been knocked out of the Uefa Champions League under current coach Zinedine Zidane.

Yes, history is meant to be broken but is there a break in sight? Will Zidane be knocked out the first time this season by either of those big guns?

Leipzig is the least tough of the possible opponents of Real Madrid in the knockout stage according to paper but there is no weak team in the Uefa Champions League. Real Madrid will need to be at their very best to beat whichever team they are paired against and my happiness is by then, Eden Hazard who was already hitting top form until recently injured must have returned by then and hopefully, regained full form.

It is definitely going to be an exciting knockout stage and the excitement/tension starts after the draw on Monday.