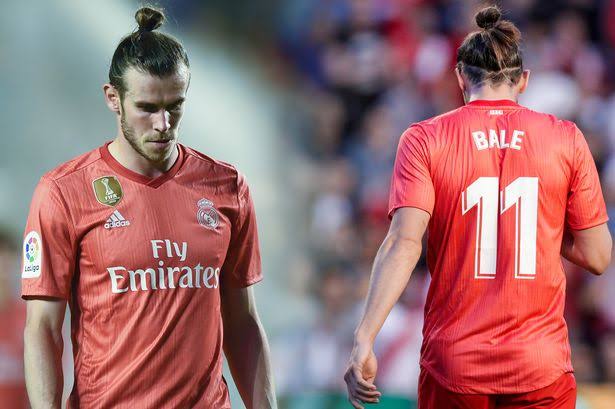 It will interest you to know that Welsh International, Gareth Bale just turned 30 today and I celebrate him on this very special day and at the same time, analyze his situation at current team Real Madrid.
Set out a poll for vote on whether Gareth Bale should stay at Real Madrid or not and you will see nothing less than 60% wanting his departure, this is just reality. Considering everything the Welsh man has won and done for the team, you wonder how heartless people can be. However, it would interest you to know that there is always two sides to a story and Gareth Bale doing great things for a club that later wants him out means something must have gone wrong somewhere.
It is not everything that happens inside the dressing room of a club we get the knowledge of but we are always able to put pieces together from several reports and arrive to a conclusion and understanding of the situation.
Yes, Gareth Bale won the La Decima( 10th Uefa Champions League) for Real Madrid in his first year at the club and produced a popular solo goal against Barcelona in a final to win Real Madrid a Copa Del Rey title.
The Welshman went on to win another Uefa Champions League title for Real Madrid the next year but after that season, everything went south for the Welsh winger at the Spanish Capital.
Bale went from spending time on the treatment table to the bench as Zidane fashioned out a formation that suits the available players while he was injured. Bale never got chance to get back fully into the starting eleven and his relationship with coach Zinedine Zidane deteriorated after that. It didn’t get better as well under next coach and former team mate of Zinedine Zidane at the club Santiago Solari and it pushed me to come to a conclusion that something odd must have happened between Zidane and Bale and passed along to Solari.
I have tried to put together some published reports of Bale’s situation at Real Madrid which includes the winger insisting on playing golf during his free days despite the medical doctors advising against engaging in such sport as it produces recurrent back injuries for the player. Bale spent more time on the treatment table than he has on the bench or even on the pitch and that would definitely irritate you as a fan not to mention, a coach. Coupled with reports that despite spending 6 years at the team, Bale’s Spanish is yet to be polished and he doesn’t participate much in get together events organized by his fellow team mates and is considered not social by various sections of the media.
All these are pointing to a Gareth Bale that had quite a pretty good start to his career at the Spanish club but saw that career plagued by injuries and fall out with coaches and it has led to the once gingering, energetic and effective Welshman considered surplus to requirements at the club.
Real Madrid are seeking to offload the Welshman for nothing less than 70-80 million considering the huge amount they bought him 6 years ago and Tottenham one of the very serious teams seeking the return of their king is not willing to fork out such a huge amount for the winger and that might mean another season of uncertainty for him at Real Madrid.