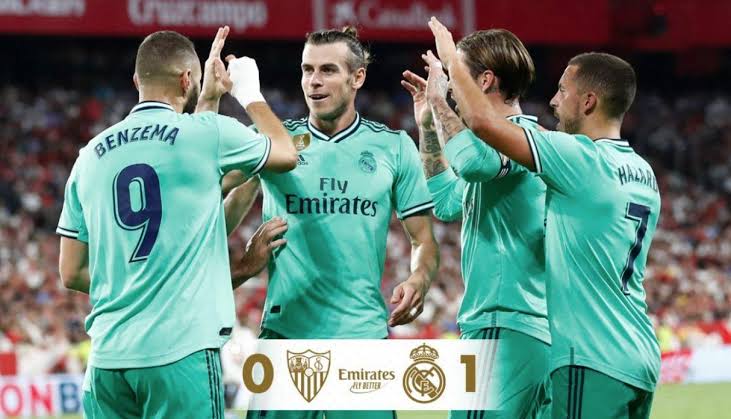 If you are a follower of Real Madrid and missed last night’s encounter against Real Madrid, you definitely missed a lot. At a point I got to ask myself, why are these same players not playing consistently like this? A major answer to that question is fatigue but are they the only players prone to fatigues? Liverpool, Manchester City and several other high intensity teams do press consistently but still end up at the top, then why is Real Madrid going to be any different, worst of all to consider, they are the most valuable team in club football, whatever is needed to press and win consistently, they ought to have it.

Last night against Sevilla, Real Madrid produced one of the best defensive performances of their career. Against a solid Sevilla side that has conceded one goal in five games and have lost none. Los Blancos have had torrid times at the Sanchez Pizjuan, home to the Sevilla side in recent years and that struggle was expected to contine with Real Madrid coming into the match at the back of a battering at the hands of Paris Saint Germain.

Zinedine Zidane was very much aware that he risks incurring the wrath of the fans should his team lose or play disappointingly against Sevilla. Yet the French coach did the unbelievable and unpredictable as have always been the case with the Zizou we know as coach.

The lineup set to face Sevilla was the exact same that was thrashed in Paris in midweek Uefa Champions League encounter. The only omission and inclusion was Eder Militao and Sergio Ramos. The latter missed the match in due to suspension but arrived to command the defense against Sevilla.

From the very get-go, it was clear Real Madrid were ready to defend and attack as a unit. Zidane pretty much have sketched the Sevilla players strength and weaknesses which was through the flanks and their high line respectively. On four occasions, Real Madrid managed to breach the solid Sevilla defense but managed to put one at the back of the net through Benzema in the 64th minute. The match would continue with Sevilla seeing more of the ball but with no end product and Real Madrid, captained and commanded by Sergio Ramos, thwarting anything Sevilla brought their way.

As a Real Madrid fan, it was a great joy to watch Real Madrid keep a clean record as no attempt was made on their post from a supposed strong Sevilla side. Thubiat Courtois happened to keep a clean sheet by the end of the game but a ball however, went past him and into the net at some point in the second half but it was ruled out for offside.

So many players impressed but Ferland Mendy and Sergio Ramos impressed me the most. I would be breaking down the match analysis in coming days, until then, digest this piece with cup of coffee for now.

They really tried as they surprised people because this is the first loss for Sevilla but Madrid did well...thanks to Benzema goal

I felt joy once again watching them play. Thanks for stopping by man.