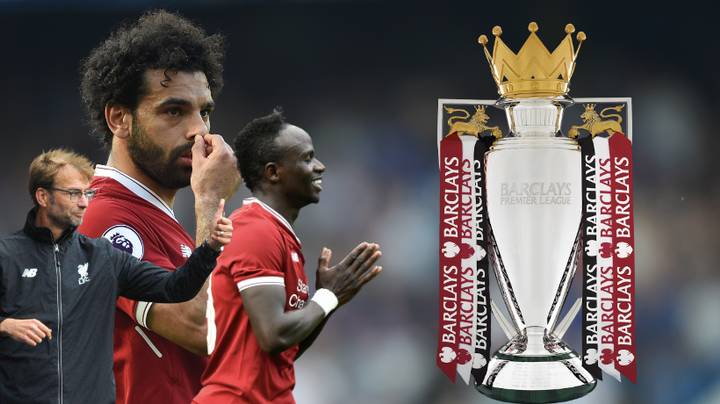 With the current flow of vibes behind the “you will never walk alone walls”, it is very obvious the Merseyside Reds are plotting a snatch of the English Premier League from defending champions, Manchester City.

It was called the “First Division” since Liverpool last won the Premier league title. That is in the 1989/1990 season. Over three decades has gone without the Reds laying their hands on that popular trophy but current coach Jurgen Klopp is out to put an end to that long wait.

Liverpool has gone close to lifting the trophy several times since 1990 but had missed out by a small margin on several occasions. The last one being the pursuit of Manchester City until the last match day of the season, losing the league title to the Citizens with just a point. However, they went on to win the Uefa Champions League, the most prestigious trophy in club football.

One of the major thing Jurgen Klopp and his Liverpool team has understood is that winning the English Premier League with a team like Manchester City lurking around, consistency is key. The Reds tried so hard to be consistent but missed out due to some understandable fallibility. This season however, the reds are looking well prepared to face out with any team with their feet perfectly studded on the ground. They have won all 6 matches they have played this season in the English Premier League but lost by 2 goals to nil against Napoli in the first Uefa Chamoions League group stage encounter.

This past weekend, they went up against Chelsea FC, their toughest opposition so far this season and they did well to close the match with the much needed three points, speaks volume of a team with a serious ambition.

Do not be surprised if you find Liverpool FC exiting the Uefa Champions League in the group stage or knockout stage, they can only get to the Quarters or Semi and even the final and then go ahead to win the Champions League two consecutive times if they have got more vim than anticipated but realistically, for Liverpool to win the double (Uefa Champions League/English Premier League), it will take more than just strength and experience to repel attacks from Manchester City, their most difficult opponent and major favorites to win the league and then scale past difficult hurdles in the European game of men. Good luck to them by the way.

I don't believe that they are less interested in the Champions League, if that were so they would just play an alternative team in those games. They lost against Napoli because Napoli scored the goals not because the game was played at half speed by Liverpool, in fact I think either of the two sides could have won.

I am a realist, pardon me. Due to that effect, you can mark down today's date because I am going to remind you someday before the end of this current season of this post of mine and its message.