Is Zinedine Zidane Turning out to be a Scam? 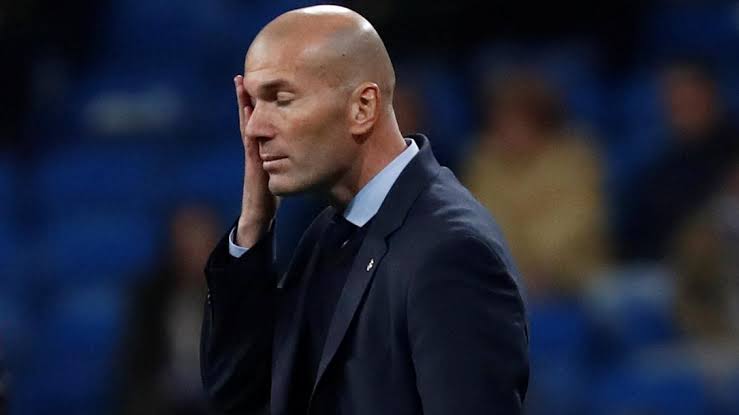 I am sorry but that is the only topic accepted by my current mood concerning the very disappointing display Real Madrid FC produced in Paris.

People chanted time without number that if you take away Cristiano Ronaldo from Zinedine Zidane’s set of army, the French coach stands very little to no chance in winning any battle and it is proving to be the most underrated of chants recently. It is now beginning to make sense, or at least let us just find an explanation to the current situation, that Zinedine Zidane resigned as coach of Real Madrid despite winning them their third consecutive Uefa Champions League title because Cristiano Ronaldo would be leaving as well. It wasn’t long after Zidane’s resignation that it hit us that Cristiano is leaving as well.

Fast forward today, Zidane will find himself back at the Bernabeu as coach of the team once again but without Cristiano and the results has been very different and the atmosphere somewhat odd. Under Zidane’s watch, defensive midfielder Casemiro’s only replacement and a young lad with great prospect Marcos Llorente was sold and today Real Madrid are approaching matches with just two midfielders available for selection in the squad. The goals conceded to Paris through Angel Di Maria, especially the second goal scored by the former Real Madrid winger very well explains how Real Madrid are lacking in midfield solidity as the winger was afforded too much space and time to balance his body and as well his legs to shoot.

Delving into more details about this match is really very annoying as a Real Madrid fan but I hope Zidane realizes he has made terrible mistakes since returning and he should try to avoid making some more which includes either he makes the Bale/Hazard partnership work or he dissolves it.