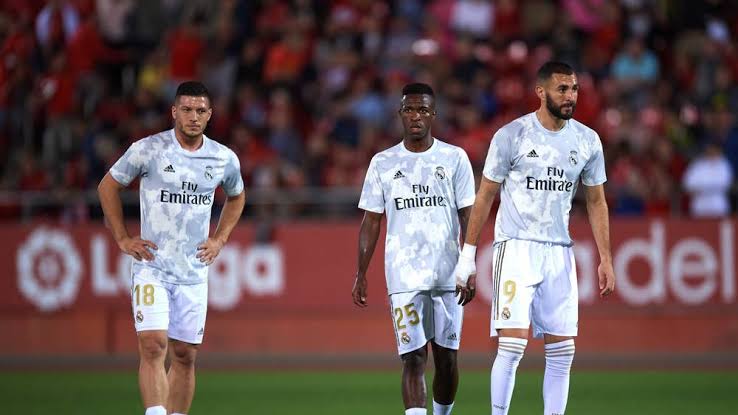 It is a very shameful that a team with the calibre of players like those collecting huge salaries every week at the Santiago Bernabeu would struggle to create clear cut chances and then, fail to score a goal for the whole of 90 minutes against a team worth thrice their value like Mallorca.

Nights like this make me regret being a fan of Real Madrid as I annoyingly sat and watched talented stars lack how to exhibit what is in them.

The line up Zinedine Zidane produced against Mallorca oh-so reeked of incompetence from a coach. Isco, James Rodriguez, Vinicius Junior, Karim Benzema and Luka Jovic all were part of the starting eleven. It is understandable that Zidane has got a flurry of talent at his disposal and he unleashed these deadly vipers at Mallorca but at what cost?

A coach is supposed to have witnessed how his players fare and I expect Zidane to have known who plays well with whom. The only result you get from unleashing your tigers at a pack of meat is commotion. There will definitely be clashes, intentionally and unintentionally and this was what happened for large stretches of this match.

Everyone tried to prove the brightest and the only thing it got the whites was ZERO goals tonight and Zidane is going to have some thinking to do.

Vinicius Junior who was the brightest attacker of Real Madrid tonight was lacking in the usual area, end product. If other players were as straight and pushy as he was, it is likely a goal or two would have gone in.

I will be breaking this match and player analysis in coming days but for now, I am going to ease my pain with a game of fun.

Thank You for Reading

Win and loses are all part of football

Lose right and win right should be the word but then again, you are right.