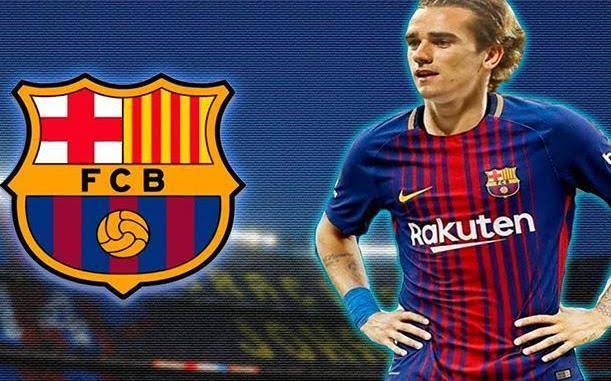 It has been documented and published that starting next season, French attacker, Antonione Griezman would be part and parcel of Spanish Champions Barcelona after a whopping 120 million Euros was spent to lure the attacker away from Atletico Madrid. What exactly inspired this move and is it one done out of necessity or desperation?

From a rival fan's perspective(Real Madrid), this is a desperate move and one done to save face rather than correct errors.

Yes, the squad of FC Barcelona needed an adjustment but definitely not an attacking one if you ask me. The recruitment of Griezman made him would only spell danger for either of Ousumane Dembele and Phillip Coutinho both of whom millions were also spent to bring them to the Spanish club last season.

To amuse and amaze you furthermore, the three aforementioned players are the most expensive in the history of the club and Griezman is just third after Dembele who is second after Phillipe Countinho. Now, it would only mean that either of these expensive players would submit to the bench for the other two or simply leave the team which is a funny experience coming from a rival team.

Another obvious reason for the purchase of Griezman is the busy and efficient transfer signings of Real Madrid in this current transfer window which saw them buy Eden Hazard, Rodrygo Goes, Kubo, Luka Jovic and Ferland Mendy. All these signings are pointing to a particular aspectt which is the whites are seeking to reclaim their European crown and challenge for every other trophy consistently. Barcelona on the other hand would have to face the same defensive issues they faced last season which saw them exit the Uefa Champions League in the second leg of a semi final clash despite having a 3-0 first leg lead and also losing the Copa Del Rey final.

All these losses were pointing to a lack of a proper defensive organization or if I should put it in an analytical way, low spirited players. But no, the Barca board know much more than I do and see Griezmann as the solution to their problem and they may be right.

Nevertheless, I can't wait for next season to get underway, let's fold our arms and watch how this movie turns out.

Dear friend, you do not appear to be following @wafrica. Follow @wafrica to get a valuable upvote on your quality post!