About atheists. what is your view 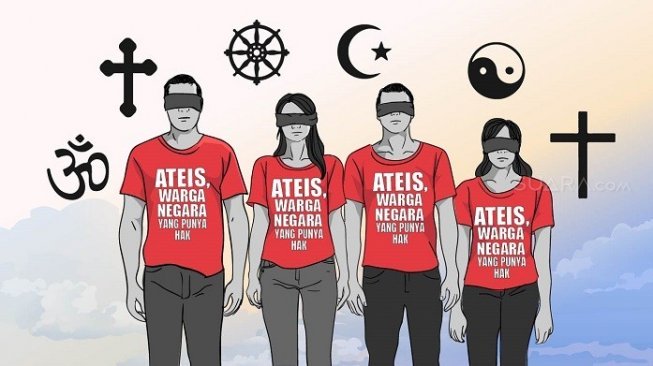 every day I always display various insects and flowers. This time I invite you to play your own imagination. for this post about atheists. atheist is a philosophical view of someone who does not believe in the existence of God or gods. how do you see it?

yes, all the choices are yours. everyone has their point of view. but every choice must have a good reason to make the right choice. in this post I do not encourage anyone to follow my point of view. this is only my own view.

I believe in the existence of God. how can i trust it?

There are several reasons that make me believe that God exists.

Do you agree that humans are the most complicated machines? I'm sure you will agree. that is why humans need a guide to life in order to get a way of salvation in the world. like when you buy a new television. You will definitely get a guidebook to use the television. so also in other machine tools. and humans are the most complicated machines in the world. humans need guidebooks to live life. where can i get the guidebook? it is from the holy books that come from religion. the only problem is there are many religions in this world. You must find the true religion. and there is definitely one of the most true religions. because God is not possible to create many religions in this world.

certainly not fair. You can see all the cases that occurred. robbery, rape, murder, and many others. as an example.?

someone killed 10 others. what punishment suits him. ? I'm sure you definitely answer is the death sentence? But is it worth it? if he is given a death sentence, of course there are still 9 other people who have not yet been replied. That is why God exists. he created the afterlife for those who do evil. and all retaliation will be justified in the afterlife.

Darwin's theory says that humans came from apes? I myself do not believe. if humans were created from apes, of course there are humans who are like apes today. the fact is that there are no humans who look like monkeys at the moment. Apart from that, Darwin said only theory. he did not say the facts. theory cannot win from facts.

the answer is of course not. it is impossible for this extraordinary world to have been created. humans, animals, plants, mountains, water and others. there is no way all of that could be created.

I totally agree with everything you say in this post.

that is my own perspective. very good if you agree.

no need to look at it again. just enough to see humans. humans are very perfect in shape. it is impossible for a perfect human to live without anyone to create. and of course the world boss created it. that is what we call God.

thank you for your blessed girl.