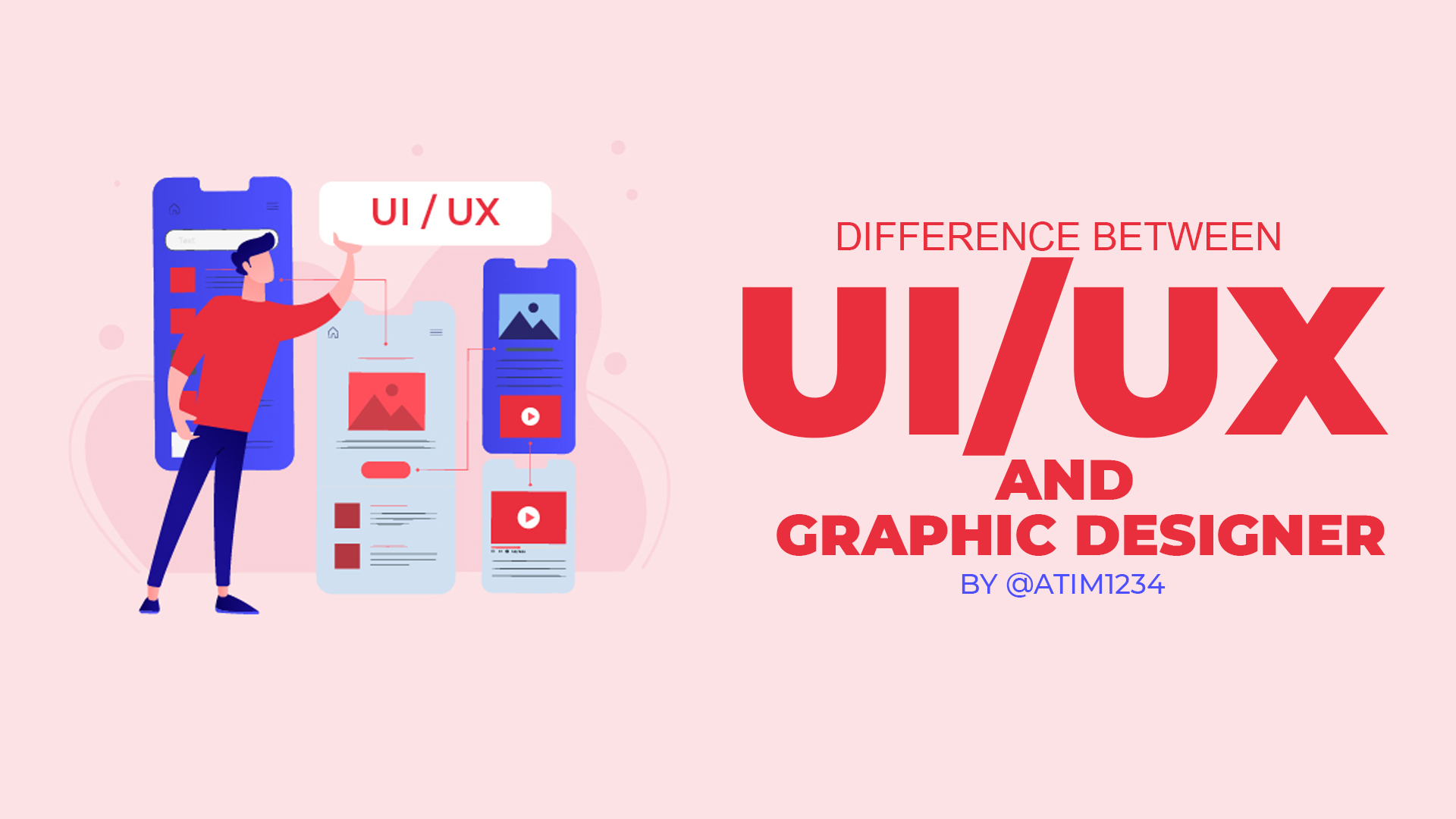 This time, I'd want to make another post. Please forgive me if I've been too active in making posts recently; just know that I'm quite active in generating material. Perhaps because I was so preoccupied with work in the real world in the previous few days that I wasn't as active in producing postings.

The titles UI/UX designer and graphic designer refer to the same work of designing, but there are certain distinctions between the two that we should be aware of.

UI/UX Designer is an acronym for User Interface and User Experience Designer, whose job it is to design the interface of an application or website that interacts with people in order to improve product quality. However, they are not marketing.

As a result, the UI/UX designer is responsible for improving the presentation of a product on a website or application. In addition, the product must be able to deliver a pleasurable experience when used.

And, in fact, this UI/UX has variances and distinct tasks as well; perhaps I will explore these two differences in my next post.

A UI/UX designer's role and scope of work include assessing user wants, goals, behaviors, and pain spots before developing solutions in the form of a website or application.

While a graphic designer is often in charge of branding, such as logos, visual identity, brand guidelines, campaign content creation, layout design, and illustration.

A UI/UX designer must be able to produce a user-friendly product, that is, one that is simple to comprehend and easy for consumers to use. Not only that, but UI/UX designers may help the targeted organization meet its commercial objectives.

Meanwhile, graphic designers help marketing operations ranging from product promotions and commercials to particular campaigns. A Graphic Designer, on the other hand, assists businesses in conveying information and conducting persuasion through the designs they create, as well as building brand awareness and increasing sales.

A graphic designer must be creative, have knowledge of typography, color theory, design principles, be able to deliver presentations, and have excellent communication skills.

A UI/UX designer, on the other hand, must be skilled in user empathy, user research, information architecture, wireframing, prototyping, visual interface design, interaction design, and teamwork.

Tools that were utilized

That concludes our explanation of the differences between working as a UI/UX designer and working as a graphic designer. and I'm confident you've grasped both concepts by now.