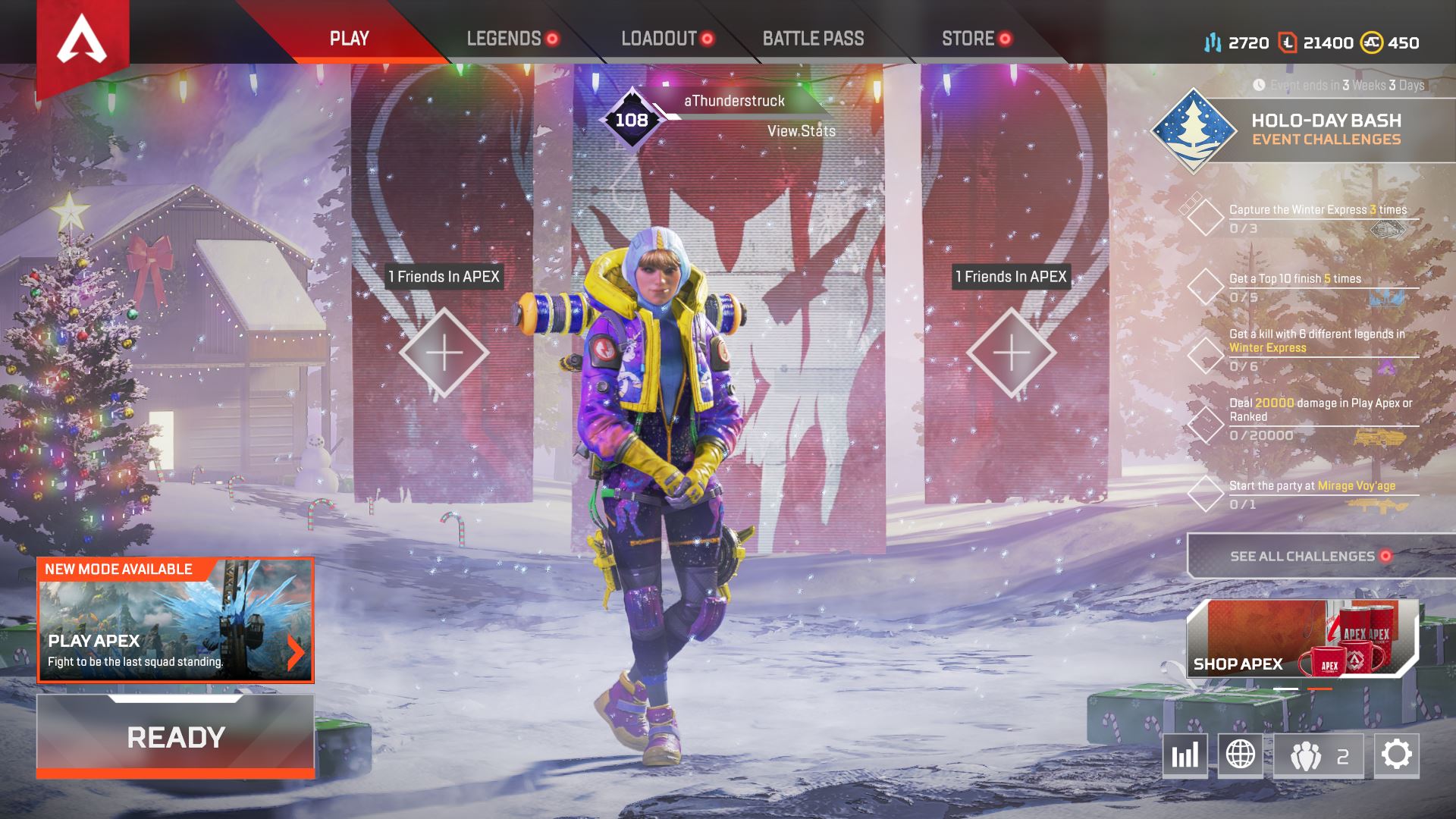 With Halloween there was a special event in Apex Legends where you could unlock a badge, loading screen and some weapon skins from various challenges in the event, and there was a Halloween themed game mode as well. Keeping that in mind we could figure out they'd likely do a winter event as well. Today I was about to play some Apex with a friend and one of their other friends. When she launched the game she was super excited and said there were christmas lights and a christmas tree in the main menu!

When I launched my game as well, I could also see them. As you can see in the picture above! Here you can also see the challenges you can complete during this event.

There is also a game mode called Winter Express. In this game mode you are up against 2 other teams and you have to capture the train 3 times. Anytime the train arrives in a station it will become available to be captured. You win the round by either capturing the train as your squad, or by being the only squad alive. You can't get knocked down in this game mode, you die instantly. Respawns occur after the round is over and the train is going to the next station. All legends come with their own loadout, so you can choose legends for their ability or for your preferred weapons loadout.

We first played a few games of the event mode. The first game we were able to be the first team securing the train. Ended up losing the game overall though as another team managed to get 3 round wins before us. After some games we also got a win in it ! :D Which you can see below here.

Then we played a whole lot of normal games as well. Some of them went alright, with a few being really bad. In these normal games we also had a game where we became the Apex Champions! In another game we were super close, but the last squad alive other than us was able to win against us. It was super close!

Have you played during this event?