Why didn't Moses get into the Promised Land? How will we get Home if this world also known as a 3D realm is Not our Home? Does humanity understand what is holding them back? 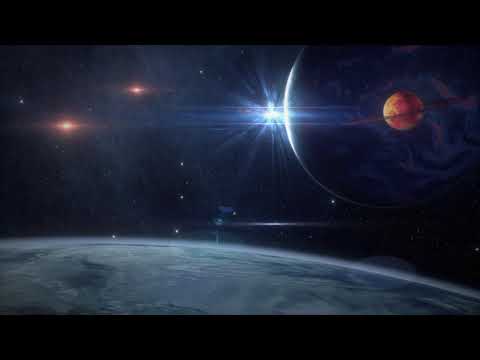 Yes. ..I know about the breakdown and infiltration with certain people.
The question always becomes are they Really leading the people Home off of this seemingly prison planet or leading them astray so they stay trapped?

He was friends with Billy Graham. ..Yes. . .I know about the masonic infiltration with him.
The question is. . .did God get ahold of them when He needed to?

The lyrics to this are Spot on. . .are we in a prison planet? Is there a Game at play and if so. . .do you help in making your Own Choice for the End Game?

There has been a "Holy conference discussing mankind" and there are those sent dedicated to helping humanity.
It is for That reason and that reason Alone I dare share the songs from someone affiliated with an org that had posters reminiscent of the breakdown I did on a certain DC restaurant several years ago now. Smith's org was Rocketown and much swirled around it. Sometimes parts of humanity start out with a clear goal, but infiltrators end up swaying them along the way.

Never, Ever forget. . .David was a man after God's heart. Committed adultery, then killed the woman's husband. ..[one of his Best Generals].

Paul was Saul who killed and despised True believers before he Ever became Paul.

How in the World did he become one of the most quoted Warriors of the Bible? A prominent Leader?
Only God Almighty, the Creator of all humanity could turn a heart like that around.

All Anons/Guardians/Warriors serve that same Creator.
The High Command. . .reminds, the Creator Wishes for NONE to perish. None means NONE.
Don't give up on them
no matter their arrogance
no matter their choice to hate
no matter their mocking
Use your weapons you have been given to dissipate it.

Never, Ever forget. . .the reason Moses, who worked so hard for all those years to lead the Israelites to their promised land didn't get to enter. ..Do you Remember WHY?

The people were Complaining. ..complaining feeds the Beast system so. .. God gave Moses a Way.

See Exodus 17:6
King James Version
6 Behold, I will stand before thee there upon the rock in Horeb; and thou shalt smite the rock, and there shall come water out of it, that the people may drink. And Moses did so in the sight of the elders of Israel.

Happened again years later, but God changed up the formula for a REASON.
New dna pathways needed to be forged
The Physics of it all and Who is the Ultimate Physicist?
Who has All the Answers to the Science He created?
I'm not talking the synthetic, man mad. ..Bioscience either. . .I'm talking the Authentic, God Breathed kind of science!
Moses couldn't make the jump!

He couldn't break out of the usual into More of the Unusual and Supernatural. ..God's Ways are NOT our Ways.

And there was no water for the congregation: and they gathered themselves together against Moses and against Aaron.
3And the people chode with Moses, and spake, saying, Would God that we had died when our brethren died before the LORD!
4And why have ye brought up the congregation of the LORD into this wilderness, that we and our cattle should die there?
5And wherefore have ye made us to come up out of Egypt, to bring us in unto this evil place? it is no place of seed, or of figs, or of vines, or of pomegranates; neither is there any water to drink.
6And Moses and Aaron went from the presence of the assembly unto the door of the tabernacle of the congregation, and they fell upon their faces: and the glory of the LORD appeared unto them.
7And the LORD spake unto Moses, saying,
8Take the rod, and gather thou the assembly together, thou, and Aaron thy brother, and speak ye unto the rock before their eyes; and it shall give forth his water, and thou shalt bring forth to them water out of the rock: so thou shalt give the congregation and their beasts drink.
9And Moses took the rod from before the LORD, as he commanded him.
10And Moses and Aaron gathered the congregation together before the rock, and he said unto them, Hear now, ye rebels; must we fetch you water out of this rock?
11And Moses lifted up his hand, and with his rod he smote the rock twice: and the water came out abundantly, and the congregation drank, and their beasts also.

Sadly Moses chose his Own way instead of how God said to do it This time. . .SPEAK not Smite. . .
Here was the consequence of Moses not obeying God. . .not allowed to make the Jump,

12 And the Lord spake unto Moses and Aaron, Because ye believed me not, to sanctify me in the eyes of the children of Israel, therefore ye shall not bring this congregation into the land which I have given them.

There is part of all Anons that GET it. . .Rebels, the rebellious lot.

So was it Anger that Moses allowed to control him and he chose to disobey God?
It IS possible as he allowed his anger to rule him before?
One must remember a righteous anger is needed. ..it's what you Do with that anger, which is WHY we have Always advised the Peaceful Take back and humanity not lowering themselves to the cabal's way of doing things. ..destruction and harm, but rather using Voice in an effort to educate and awaken.

Exodus 32:19
King James Version
19 And it came to pass, as soon as he came nigh unto the camp, that he saw the calf, and the dancing: and Moses' anger waxed hot, and he cast the tables out of his hands, and brake them beneath the mount.

It was likely the anger that he fed into. . .remember the verse. . .Psalm 4:4
King James Version
4 Stand in awe, and sin not: commune with your own heart upon your bed, and be still. Selah.
So anger is a real emotion and Not the Sin. . .it is what Action you choose and carry out. So Be Still and talk to God FIRST prior to letting anger rule you!

This world is Not our home and all Anons/Guardians/Warriors have either Always felt or felt it for sometime now.
Hebrews 13:14-16
King James Version
14 For here have we no continuing city, but we seek one to come.
15 By him therefore let us offer the sacrifice of praise to God continually, that is, the fruit of our lips giving thanks to his name.
16 But to do good and to communicate forget not: for with such sacrifices God is well pleased.
BTW. ..tells you Clearly what WILL get you home. . .continuous Praise. . .Not complaining. Complaining gives off a negative charge, Praise the Positive charge as the catalyst.

So back to Original Question. . .
Do plenty or many times All have trouble along the way as they journey in this 3D realm?
Do we still take the Good that was done in spite of the bad?
You decide.

Sharing this trilogy. . .too many truths reside in spite of the fails in the journey, Redemption is Still Feasible.
Godspeed Anons/Guardians/Warriors
KeepFightingTheGoodFight No Matter What!