What Else the US Covered Up for Israel Crimes against Humanity? 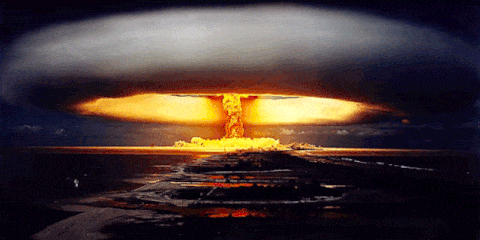 Imagine the international uproar and condemnation if any country around the world would conduct a nuclear test anywhere around the world, now look at the hysterical US-led campaign against Iran for their ambition to acquire nuclear power for civilian use and the fact they're a signatory to the IAEA non-nuclear proliferation treaty and been very much obliged to the international watchdog's policies? Did you get the message?

Israel carried out a nuclear test in the South Atlantic, the latest revelation tells which was suppressed for 40 years. Israel never signed to any treaty that oversees activities that could be deemed harmful whether nuclear, chemical, biological, even human rights abuses. They can get away with it only with a super power's absolute support.

Israel is a rogue state by all standards, its policies since the first immigrants were shipped to Palestine which was under the British occupation has not been less than evil, starting with introducing terror to the world by the likes of the Haganah, Stern, Irgun and other terrorist groups that later were merged under the IDF umbrella, to assassinations of notables and dignitaries, to massacres of complete villages like Deir Yassin, to massacres of complete refugee camps like Sabra and Shatella in South Lebanon, to massacres of refugee children taking shelter in United Nations designated buildings like Qana 1 and Qana 2, to sniping children and kidnapping others, placing thousands of Semite Palestinians in concentration camps, it's endless.

Again, they can only get away with all these crimes against humanity with the full support of a super power, or more than one super power, like the USA, Britain, France, and heavyweights like Germany and others.

Iraq got invaded and destroyed despite obliging to UNSC resolutions, same with Libya, former Yugoslavia, and numerous other states, but Israel has rejected to implement dozens of UNSC and UNGA resolutions, was spared of over 70 UNSC resolutions condemning its policies, just why?

The USAians keep wondering why the rest of the world hates them, especially the people of the Middle East, here's the best reason: Because you support terrorists, criminals, rogue states, and you are by yourself a rogue superpower.

The above report was first published in Foreign Policy magazine and the cover story screenshot above taken from Israeli Haaretz magazine.