Majority of the Victims of the Beirut Explosion were Syrians 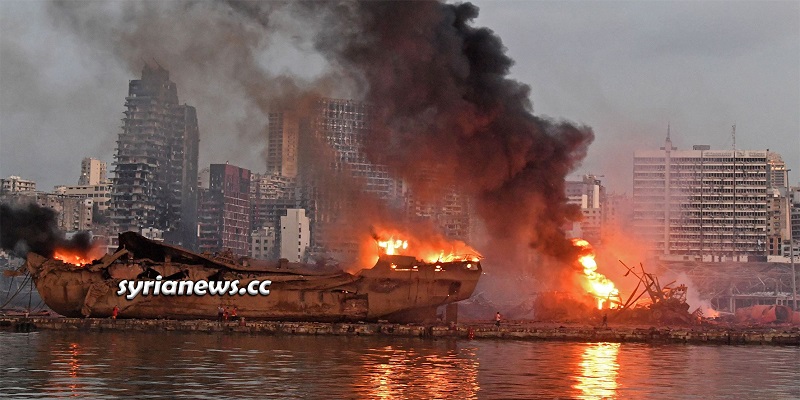 The killing is chasing the Syrians in the Levant, their enemies are hell-bent to punish them for not submitting to the United States' hegemony and standing up to live free and determine their own future by themselves. The latest horrific explosion in Beirut's Port took the lives of forty-three Syrians, so far, as if they were on a hit list.

43 were Syrians out of the current toll that stands at 158, there are about 20 or so casualties among the French, maybe more, there are Palestinians, even the wife of the Dutch ambassador succumbed to her wounds a day after the explosion, which means the Syrian victims were either the majority of the total or second.

The Syrian embassy in Lebanon issued a list containing the names of the victims reported to it and confirmed dead, some of them are women and some are children.

I call on the Syrian government to dispatch a team of investigators to observe the investigations carried out by the Lebanese authorities and conduct their own, with many Lebanese on the Saudi/ Qatari payroll with their loyalty to the USA, Turkey, and Israel, it's impossible for us to trust their investigations to be pure professional; after all, they did accept French and other international investigators.

I've detailed their names in this post which also has further updates on the current situation and reports about yesterday's US-sponsored riots that sabotaged a number of public buildings and properties in the Lebanese capital and resulted in destroying evidence related to the current investigation: Forty-Three Syrians Killed in the Beirut Port Explosion While Beirut Descends in Chaos by US-Sponsored Rioters.

You can also donate with Steem or SBD or even delegate some much-needed SP here :)