How Likely there will be a US War with Iran? 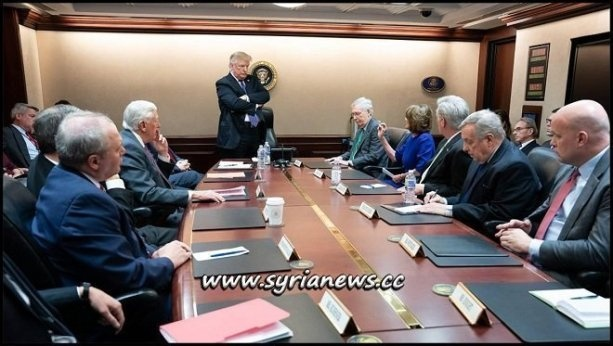 This question seems to be recurring more often and no thanks in that to the warmongering aggressive policies of the regime of Donald Trump, the man who was elected on the promise to drain the swamp and instead became swamp-drunk.

A couple of weeks ago I answered a similar question when tensions were much higher and rejected the notion being very unlikely, I just got a new question from another Quora member: How likely is an 'all out war' with Iran?

Quora is a wiki Q & A social platform that is very much pro Zionist, pro Pentagon with a very heavy censorship policies especially when members like yours truly do not praise the crimes against humanity committed by Israel in the answers I write, which is why I'm copying my answers there to this platform. So this is what I answered this new question:

A US war with Iran is very unlikely, let alone an ‘all out war’, which btw is inevitable in the event the US does something foolish, which the military decision makers are wise enough to avoid, and have avoided so far despite the enormous pressure from those who never served in the army or fought a war but were pushing for one on behalf of their other affiliates.

Iran is the region’s superpower and unlike Iraq, the Iranian military relies on their own home made weapons, have developed capabilities in all fields that stunned the US military when they tried to check the waters..

To fight a war with Iran the US needs to mobilize at least half a million troops, Iran is a vast country and the former US ‘strategists’ have placed their bases around the country and positioned thousands of US troops into these bases as sitting ducks, the numbers of coffins going back to the US will make Vietnam look like a picnic.

Yes, the US and its allies can deliver the first strike and can cause massive damage to the Iranian infrastructure, they won’t be able to defeat the country in the literal words, just cause damage, but what’s next? Iran’s rightful retaliation would render the one-bomb neighboring states non-existing, and thousands of US troops will perish in bases in those states and in the bases to the north and east of Iran.

Iran is a main member of the Axis of Resistance that consists emerging battle-hardened armies and troops: the Syrian Arab Army the only force that fought NATO and its terrorist proxies over 8.5 years without a single day rest and won, Hezb Allah, the Lebanese semi-army with capabilities that made Israeli IDF terrorists vanish from the borders for over a week anticipating the party’s retaliation which was delivered in broad daylight. The Iraqi PMUs who fought and won over ISIS and have each one of the thousands of US troops in Iraq marked. And finally, the emerging Yemeni Armed Forces who managed to delete half of Saudi’s economy in just one strike, and the news coming from there yesterday they have managed to capture thousands of their enemy forces among them full Saudi battalions with their top generals in a swift military operation,, they promised to display this bounty today itself.

It’s not a ‘shock and awe’ any more, the US is not that US of 2003, the world is not that of 2003, and Israel’s foes are much stronger than they were in 2003, mentioning Israel because the US is fighting on its behalf, there’s not a single interest for the US itself in all its meddling in the region, all is done for Israel and seems until the last US soldier.

Read: Israel's Next Confrontation with Hezbollah will be Against a Whole Axis

and: The Defeat of the Largest Terrorist Army on Earth in Syria

Above picture from the post: When Trump Cancelled the Strike on Iran - Leak Update

End of my answer there.

Your objective comments are always appreciated.

Well CIA has been involved with the Iran government since 1956?

So. Wonder how much the CIA and other agencies have been involved.

They used all what they could, just like in Syria, and failed. It's no more 1956 and no more 2003. Now Hezb Allah is bringing Israel to its feet and Yemen is Knocking the heads of Saudis and behind both the US.

The 1979 revolution overthrew the Shah/CIA/Israel rule over Iran