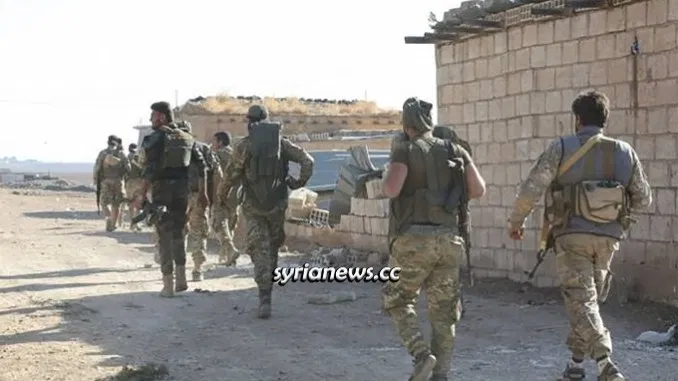 The anti-Islamic Muslim Brotherhood Turkish pariah Erdogan is settling hundreds of families of terrorists loyal to him in the properties of Syrians in the city of Ras Al Ain on the Syrian - Turkish borders.

Local sources counted 1500 families moved in the houses whose owners were evicted by Al-Qaeda terrorists who invaded the city with the protection of the Turkish Army.

Erdogan was promised a leading role in the 'Greater Israel' project by George W. Bush and he's still loyal to his employer.

More in this report: Erdogan Settled 1500 Families of His Terrorists in Ras Al-Ain.

Erdogan's end will be very bad and nobody will forgive him, he's the little hand of the Anti-Christ and Satan and leads their terrorists army in our region.

@arabisouri, it truly sickens my heart when I realize that other leaders of the world are still following the CIA playbook from 45 years ago on "Empire Building". I truly desire that there were fair and open "Eorld Courts" that could put an end to this type of action, one that is so blatantly illegal it is almost beyone comprehension.

@ahmedsy, I hope that the end is soon and it is all encompassing.

Be well my friends, mitch