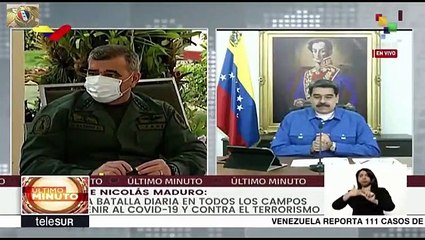 Two illegally-besieged countries Iran and Venezuela break their siege by challenging the US hegemonic threats of piracy high seas.

After successful repeated challenges to the USA's unilateral global hegemony, Iran is the new rising regional and beyond power.

Iran brought down a US sophisticated drone, then shot down the most advanced and expensive US drone, and when Trump cowardly assassinated its top general officially arriving on a declared peace mission into a 3rd country where both Iran and the USA maintain a strategic relationship with, a war crime by all standards, Iran retaliated after a week of threats and warning by bombing Ain Asad base, the US's most supposed to be protected and fortified airbase in Iraq and vowed to expel all US military presence in the entire region this year.

Previously, Iran retaliated in kind to double piracy by the USA and Britain against an Iranian oil tanker delivering fuel to Syria by confiscating two British oil tankers in the Persian Gulf, one of which was escorted by a hapless British navy ship, and would only release the British ship long after its own was released by Britain controlled Gibraltar authorities.

Then this and across the planet going through international water passways where the US and its stooges maintain massive military presence: the Strait of Hormuz, Bab Al Mandab, the Suez Canal, Gibraltar, and now the Carreban; and all the Trump regime and its controlled media could do is swallow their tongues, pulled their tails between their legs and act as if they are on another planet.

The tankers bring not only the most needed fuel now but also derivatives needed to restart Venezuelan refineries which were dependant on parts supplied by US 'business partners'.

The regime of Donald Trump threatened to attack Iranian fuel tankers for trying to help the Venezuelan people!

Venezuelan former leader Chavez sent free fuel to the poor people of New York City when they needed and the US paid back by assassination attempts on him and his successor President Maduro and by imposing crippling sanctions against the country with the help of its European stooges trying to install its puppet regime as 'democratic' against the will of the Venezuelan people.

President Nicolas Maduro thanked Iran "from the most noble and sensitive heart of the People of Venezuela" for its solidarity, bravery and support. Namely he thanks the Iranian People, President and Supreme Leader.

Iran simply gave a lesson to the rest of the world to stand up to the US hegemony, and the world now sees the US as a retreating former empire, just like every empire in history when it thought it can expand way beyond its base of interest.

Click on the above player to watch the video, the below thumbnail serves as the featured image when sharing on social media: 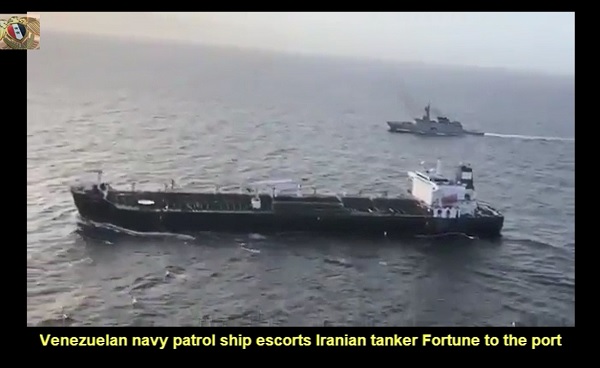 ----
Your objective comments are always welcome.

----------
You might find this site useful to buy and sell Bitcoins using your PayPal account, I get a tiny commission and so can you when you introduce others: https://paxful.com/?r=RVd28WA4pkb*

You can also donate with Steem or SBD or even delegate some much-needed SP here :)

Good for both of them, that required a lot of bravery and they had nothing much to lose.