Does the end-time harvest start with the new birth? Unfortunately, several weeks ago David Brown posed a number of foolish questions that had to be dismissed and avoided.

Once again in this publication, we happily affirm and confirm the second coming of Lord Jesus Christ has come!

Does the end-time harvest start with the new birth?

Furthermore, the new birth for eternal life is also the prerequisite for salvation and separation from the fiery indignation of the wrath of God poured out on earth, but separated from the heavens and the earth to be set apart above destruction and death!

We believe it is profitable for the unity of the faith to answer this all-important question.

Additionally, we know it resolves a lot of suspicions people have while seeking after eternal life and the only acceptable way to enter into the Kingdom of God.

Preparation for the end-time harvest begins with the eternal life salvation covenant with the heavenly Father... There is no escape from the wrath of the Lamb otherwise!

To be ready you only need to be converted according to the gospel of JOHN Chapter 3 [LJCV]... You must be born again of the water and the Spirit in the name of Lord Jesus Christ!

Gladly receive the true word of the gospel of our Lord Jesus Christ who died after being crucified. Then he was buried to rise again from the grave called hell on the third day proving that he is the resurrection and the life!

1 TIMOTHY Chapter 5 [LJCV] reads ~ I charge thee before God, and the Lord Jesus Christ and the elect angels, that thou observe these things without preferring one before another, doing nothing by partiality.

Partiality? ...Like praying the so-called sinner's prayer then confessing salvation!

Like water baptism without the name Lord Jesus Christ to invoke remission of all sins with the charge be holy.

Bear in mind that repentance is an answer of a good conscience toward God believing that Jesus Christ is the Son of God... Remission is putting off the flesh body of sins, the works of the flesh, and death that is once appointed unto you to die!

This is how the old man is put off... ROMANS Chapter 6 [LJCV] ~ Knowing this, that our old man is crucified with him, that the body of sin might be destroyed, that henceforth we should not serve sin.

EPHESIANS Chapter 4 [LJCV] and COLOSSIANS Chapter 3 [LJCV] also speaketh and confirms that by the waters of separation there is a putting off of the old man's former conversation comprised of lying, corrupt deceitful lusts and sinful deeds!

The new man you put on is the new creature of the new birth called Lord Jesus Christ... ROMANS Chapter 13 [LJCV] ~ But put ye on the Lord Jesus Christ, and make not provision for the flesh, to fulfill the lusts thereof.

Doing nothing by partiality includes the full name that is used for the liturgy of water baptism.

The complete fullness of the name is required, not just Lord Jesus or Jesus Christ or Lord or Christ or Jesus. Why? Because that's what was done as it is written in the scriptures!

The entire name Lord Jesus Christ was used for the water baptism ordinance because it denotes grace, the word for the number one, and signifies being set free!

Be it known to all that the protocol for the new birth begins with hearing the gospel of our Lord Jesus Christ and believing from the heart unto his righteousness which is the water baptism.

Gladly receive his grace by the redemption blood sacrifice of himself as a lamb slain before the foundation of the world.

Believing is apart of repentance as it is also commanded by the gospel of our Lord Jesus Christ. For repentance is an answer of a good conscience toward God, believing with all thine heart Jesus Christ is the Son of God!

That is the change of heart to live according to the commandments of God and the testimony of Jesus!

This is the ordinance of the faith for water baptism ~ I baptize you in the name of the Father, and of the Son, and of the Holy Ghost Lord Jesus Christ...

It is the same that Jesus used to water baptize his disciples and those that believed and gladly received the gospel of our Lord Jesus Christ.

That act of faith will add you to THE CHURCH OF GOD IN THE LORD JESUS CHRIST... You have been born again of the water!

Now for the Spirit... Tarry and pray when assembled together on one accord with the saints.

Believeth all things regarding the Word of life until endued with power from on high!

Tarrying to receive the Holy Ghost is a simple spiritual prayer that can be performed by entering one's closet ~ a private place to shut in to ask for the Holy Ghost and receive it.

This is how to tarry and pray for the Holy Ghost...

In one's own words ask in prayer with few simple words humbly by faith... Then receive the Holy Ghost giving praise offerings with thanksgiving... Call the name of the Lord and the highest praise Alleluia!

As you are saying Alleluia, amazingly your tongue will catch fire and begin speaking in another tongue unlearned and unknown to you. You will be praising all the wonderful works of God as the Spirit of God gives utterance.

This is how God bears witness with our spirit when we are born of the Spirit! This is how the new man, the Lord Jesus Christ is put on that it can be said you are born again as it is written...

The evidence of receiving the Holy Ghost also includes the impartation of the divine nature comprised of 9 fruit of the Holy Ghost ~ love, peace, joy, longsuffering, goodness, gentleness, faith, meekness, temperance... 66 anointed living letters of the Tree of Life make the words for the 9 fruit of the Spirit!

However, the gift of the HolyGhost is the evidence you also received the fruit of the Holy Ghost which makes you a tree of righteousness and planting of the Lord as it is written in a certain place of ISAIAH Chapter 61 [LJCV] ~ To appoint unto them that mourn in Zion, to give unto them beauty for ashes. The oil of joy for mourning. The garment of praise for the spirit of heaviness. That they might be called trees of righteousness. The planting of the LORD. That he might be glorified.

And there will be cloven tongues like fire when the Holy Ghost falls upon you, speaking of all the wonderful works of God as the Spirit of God gives utterance.

Just as it was prophesied by the prophet Joel written in a certain place of the Old Testament scriptures... JOEL Chapter 2 [LJCV] ~ And it shall come to pass afterward, that I will pour out my spirit upon all flesh, and your sons and your daughters shall prophesy. Your old men shall dream dreams. Your young men shall see visions. And also upon the servants and upon the handmaids in those days will I pour out my spirit.

At this moment there is a mark in your forehead and seal of the living God which reads GRACE SAVED CHILD...

This is a type of heavenly spiritual talisman or amulet to protect against evil spirits that come up from the bottomless pit.

REVELATION Chapter 9 [LJCV] says, And the fifth angel sounded, and I saw a star fall from heaven unto the earth. And to him was given the key of the bottomless pit. And he opened the bottomless pit. And there arose a smoke out of the pit, as the smoke of a great furnace. And the sun and the air were darkened by reason of the smoke of the pit. And there came out of the smoke locusts upon the earth. And unto them was given power, as the scorpions of the earth have power. And it was commanded them that they should not hurt the grass of the earth, neither any green thing, neither any tree. But only those men which have not the seal of God in their foreheads.

Those 15 letters ~ GRACE SAVED CHILD are spiritually engraved by the name LORD JESUS CHRIST who is the only one that does the baptizing with the Holy Ghost.

Without controversy, the 3 five-letter words denote spiritual multitude caught up to the firmament which is the air and speaks expressly of Eden, the delightful place where the Marriage Supper takes place during Daniel's 70th week ~ the abomination of desolation.

These are the people of God that the forces of the higher powers separated to be caught up.

In conclusion, the second coming must take place before the first resurrection and the marriage supper.

In sequence, the end-time harvest is unfolding as we speak!

We know the date of the second coming and the first resurrection. However, the new birth is still available for believers in addition to the marriage supper to commemorate the joining together of the bridegroom and the bride.

The marriage is two-fold, of the bridegroom and bride as well as the union of the heavens and the earth.

However, the heavens earth dominion of the Kingdom of God is caught up above the old world separated and set apart from the earth and hell below.

The earth hell below the heavens earth is appointed for the wrath of God that the people of God will be eyewitnesses from the dominion of heavens earth appointed unto salvation with rewards that are with the Lord Jesus Christ who has come the second time!

Alright, beloved! I am always happy to give a written answer to your questions about the faith toward Lord Jesus Christ according to God Word of the Spirit voice. Now you can read what the scriptures say in the Holy Bible [LJCV] to be fully persuaded in your own mind to follow after his righteousness by faith unto holiness according to godliness!

We will surely visit this all-important topic again very soon...

Until the next written answer to a question about the faith of Jesus ~ Godspeed to paradise with unfeigned love, magnified and multiplied in the grace of our Lord Jesus Christ the Word of God! 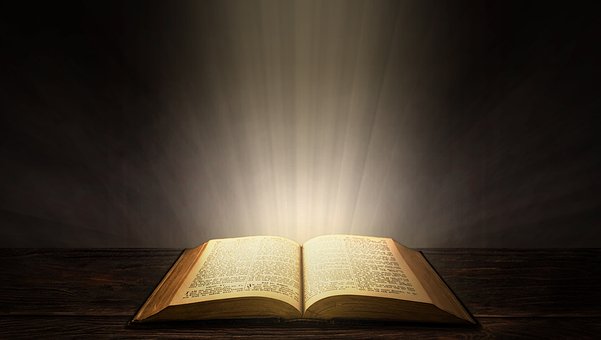 Pixabay is the source of pictures.