Imagine if we didn't fight and kill each other so much...? 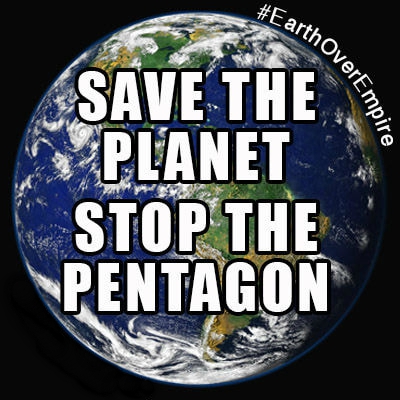 Some people might be a lil confused by this meme, what does stopping the pentagon have to do with saving the planet? I'd say numerous things, a few of the main ones are that they are one of the biggest polluters and destroyers of the environment.

And an even bigger reason in my opinion and one reason I spend so much time trying to spread this kind of awareness is that I believe the secret military government AKA the occult have conditioned much of the behavior into people in the world so that in essence much of the other elements which are threatening our planet like animal agriculture and other institutions which are having a disasterous impact on the planet to a significant extent I think can be traced back to the Pentagon and other secretive institutions or groups.

You may think that's a crazy conspiracy theory or whatever and that's fine, that's your right. I admit I can't prove it, it is a theory. Though I feel pretty strongly about it and I think the people in power who wages wars want us desensitized to violence and consuming the flesh and blood of animals so that we are more easily controllable and it's easier to send us to war to fight and kill each other since we're basically brought up with a heircharchical system of domination of violence from a young age and are conditioned to prey on weaker beings and consume their hormones and essence to the point I believe it makes us more violent and aggressive by design.

I don't think the people in power want us peaceful, I think they want us angry and in a position where we can be nudged into conflict without much effort. The more they can keep us fighting each other, the longer they can remain in power. -.-

PS... I realize the planet will most likely be fine, and that it will just shake us off like fleas and maybe life will come back in millions of year or something like that, however I use the planet or earth or the world often as a metaphor for human existence here, so hopefully that is clear and you get what I mean and in all reality, from what research the military thought they would or might basically set the skies on fire destroy the planet when they were testing atomic bombs and I'm sure they're testing even more powerful stuff we don't even know about, so this is another reason why the pentagon is a threat to the planet, they could actually test some kind of military technology which damages or destroys things so badly that there is no coming back from it. -.-

Rule by force is the disease, who and how are symptoms.

I tend to agree. However, without the individuals sort of transmitting that disease it ceases to function so this would be a case where targeting the symptoms I think might actually work as there might be no way to get through to the root of the mental illness in those people. It's hard to say and complicated, but I for the most part am in agreement with you and I think that the psychology is the trigger and the person is more the vessel or vehicle so to speak, it's weird though. I wish there was some way to craft a message that could get through to some of these people but I think they are beyond communication and reach.

Most of them are simple dupes, they are not the problem, just a hurdle to surmount.

It's the illuminated that are the problem.
They know what they are doing.

If the cure won't fit on a protest sign, it has little chance of reaching the crowd, imo.

It's call divide and rule. And that's how they control. Very useful in religion and politics.

Indeed... They've done a really good job at it too. I wish we could unify and work together better as a people.

People just need to wise up a bit and not fall for their tricks and gimmicks, and they will not succeed. 😊