Why We Are Getting Personal After Getting Free Downvote Power!Is It Good For Steemit! 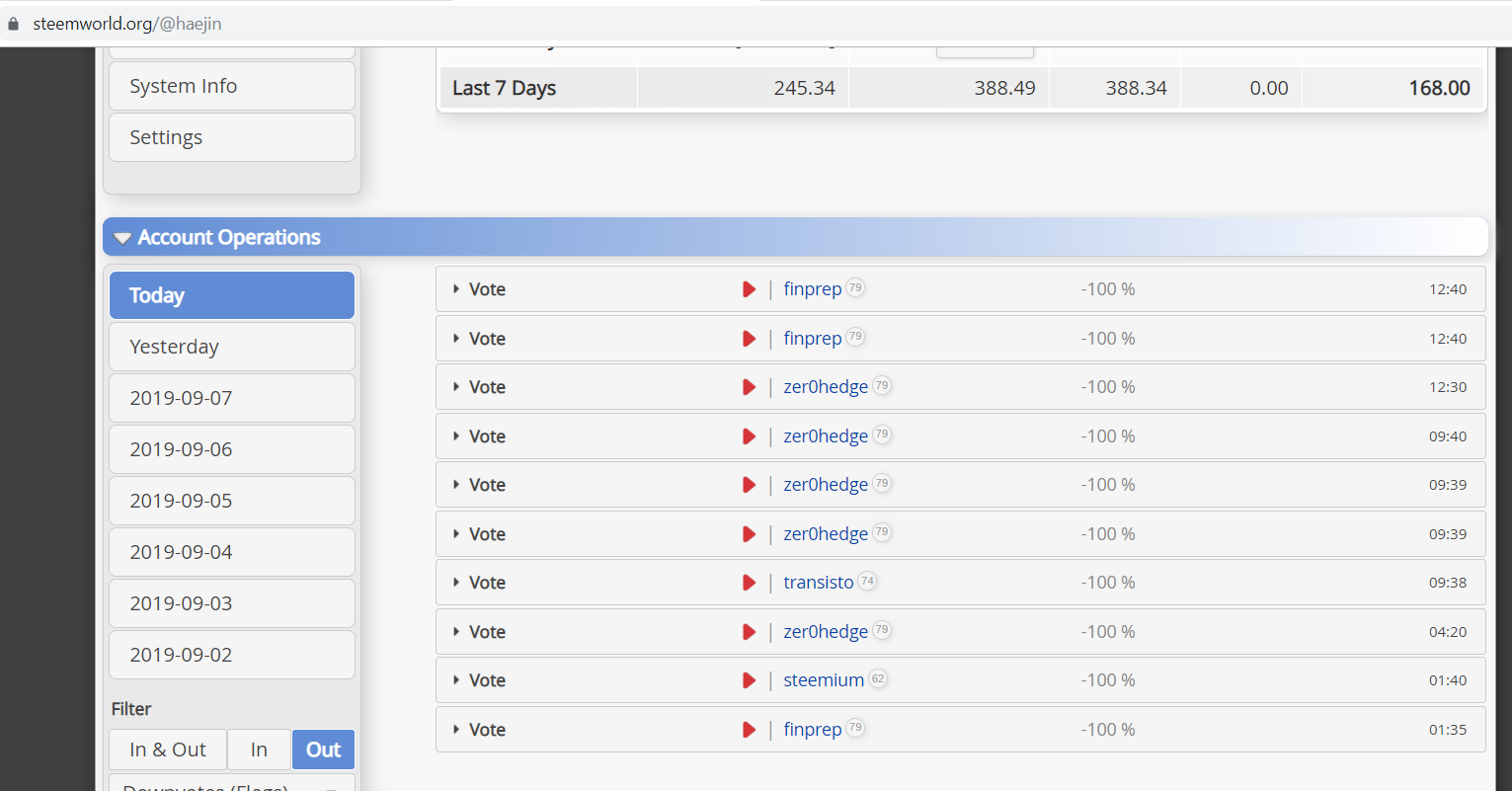 Todays Post is Just to ask a question from the Steemit Inc and from @steemitblog And from #newsteem .

I want to share my point here and the steem used to boot this post will sent to @null so do not be a mother fucker to falg this shit and answer me instead of just fucking flagging!

As they ever officially make any rules that which post need how much cost and what limit of value they need to be rewarded?

Miss Use Of Downvoting Power:

As much i have seen that many of the whales are miss using the downvote power as well is that fair that they are taking revenge from each other?

Here Is the Flag War Screenshots Which i have collected so far that this is not the personal issue they are making from this downvote power and it will not help steemit in any way but from the price drop the investors are already leaving and not that few bloggers will leave the platform as well and we will seen in the next years steem wi;l have no existence i am sure about that if they are making such un official rules and not important rules and orders!

The downvote is for no reason but just to take revenge Only!

There are many users who are doing the same most of the flags are from jealousy!

I see many whales are voting each other and they think that they are not observing By Any one in the community that they are raping the reward pool.

If steemit did not officially set any rules for the upvotes and flags why the hell they offer free downvote to people who are not aware of how to use it .

They should investigate after flag that this is needy of flags or not!

If @steemitblog do not officially announce any rules it means that steemit himself want to destroy the site by this free downvote flag war that people leave the steemit and the company price drops and they say Goodbye to everyone!

_In Last i will have to say one thing about the bid botstoo that if they have high power for upvotes then they have downvote power as well they can flag those scammers whales who make group and just sharing upvotes with each other_.

Its is not impossible to set a range for the post that this post is deserving how much reward i am believing that every one should use the flag carefully and not disturb any investors and blogger that they leave the site if every one leave the site what will be helpful for the steemit.

I went to check them out to see if I could help and every single post there was a complete repost from another site except for one, which was an update for a vote selling service that was a single paragraph long.

On the one hand I'm against retaliatory downvoting in response to justified anti abuse efforts. But I honestly couldn't support the downvoted posts either.

90 Percent people are downvoting for no proper reason :(

Untrue. You are using Haejin, who is known to retaliate as he’s an asshole, as your example. Please if you are going to claim something like this then actually show some form of it... as I would argue that the majority of downvotes are being used very fairly and retaliation is to be expected when taking down huge abusers.. that’s why it’s important for us to help counter retaliation as well.

Pretty sure Transisto is just fine and he’s doing great with going after an abuser who has gone untouched for too long.

The rest of your post makes absolutely no sense to me and null or not I have no idea why you felt the need to send this to trending.

Rules? You want to be ruled by Steemit? Go back to Animal Farm (I mean facebook/google)

This is the worst written post on trending i have ever seen. 300 STEEM spent to promote something that is not only poorly written but is not understandable even if i dig as deep as i can and give you a benefit of a doubt that english is not your first language.
Are you drunk? Are you high?

Talking about abuse, promoting to thousands of users and not even taking the time to use any of the 100s of free tools to check grammar. You have "Word" on your PC do you not?

The arguments you make. omg. Anyone could pick through them 1 by 1 if it wasnt a complete waste of time.

If @steemitblog do not officially announce any rules it means that steemit himself want to destroy the site by this free downvote flag war that people leave the steemit and the company price drops and they say Goodbye to everyone!

What in the world does this even mean?
Its not on Steemit.inc to make any rules for us. Im glad they stay away. With the rest of what you have to say i have no clue what your point is.

For an account thats called "Antispammer" you are one of the worst offenders ive seen. Youre worse then a spammer. At least a spammer makes sense and im not talking only about your lack of english knowledge. None of your arguments make any sense even if i try my hardest to understand your point.

Even if im taking a day off to replenish my VP you get a downvote. Basically 0 SP and paying 300 Steem to bidvote this junk. #sad.

stupid fool i told you that this reward will be going to null to my ass you fucker i just want to say that if steem is not giving any rules for making post why they give free flagging to such fool users and not to experts community.

It doesnt matter what you do. This doesnt belong on trending.

who aare you to decided what should be trending

Literally everyone? Unless you feel only bots should decide that. Dumb as hell comment.

Learn how to decline payout or set a null beneficiary

lol I assumed he had done the latter xD

Tokens will be transferrred when the flagged content reaches payout.

Thank you for reporting this abuse, @lordbutterfly.

This post was submitted via our Discord Community channel. Check us out on the following link!
SFR Discord

Why yes if steemit have no fool to take for company, then price never be good for steemit success.

If free downvotes come are to make user not has buy more for steemit to be number one ever again.

I personally considering stop buying steem on market what I does each months, I used these steem to buy bots with profit. I am not writing shitpost or meme but now I lost almost 200 steem by downvotes of my posts just because I use bid bots... and I am sure that who downvote my post never read my post. :-(

I used these steem to buy bots with profit

Advertisers and shitposters are doing same thing. You don't like downvotes, You don't buy votes

not about downvote but i said it should be checked that the person deserve downvotes or not have you see the picture above if he get all downvote is it fair ?

users come to steemit only for profit other than this there is nothing left in steem that people show interest to buy steem.that i the sad truth .

I don't know about you, but I came here to support others

I agree with you on this post... and we just have to wait and see what they come up with to fix the problems....

I want to share my point here and the steem used to boot this post will sent to @null so do not be a mother fucker to falg this shit and answer me instead of just fucking flagging!

I'd like to recommend the community not use the concept of burning tokens and the potentially burnt tokens as ransom or a way to blackmail us into tolerating nonsense being pushed up to the trending page artificially.

it will not help steemit in any way but from the price drop the investors are already leaving and not that few bloggers will leave the platform as well and we will seen in the next years steem wi;l have no existence i am sure about that if they are making such un official rules and not important rules and orders!

Is this post and that message truly popular opinion? No. The votes were paid for.

I'm downvoting this ADVERTISEMENT disguised as popular opinion. It's misleading, sensationalist, nonsense with a ransom note.

a mother fucker to falg this shit

I put some real thought into it.

hmm, I was just being

sometimes good to be a

I usually give a reason for downvoting but I am sure it is clear from the many other comments that this is not trend worthy.

This is a trend worthy because this flag war destroying steem more and people leaving steemit more then before This is the major issue i see after fork no one will like to post bid bots even not profitable now a day people buy votes to trend their post , every one have rights to trend their posts they paid for it , steemit should make official statement and rules how much reward is reward rapping i see some people flagged only for 1$ reward their mistake only they used bots . @aggroed the worst witness i must say he will never able to fix steem price with his agenda

This is still early days with the free downvotes. The flag wars that you speak of are involving those with very a large stake and I see it as a way of them trying to protect their investment. I too, in my very small way am protecting my proof of brain investment by downvoting things which i don't see as not bringing the value that they extract back to the blockchain in a proof of brain sort of way.
The payout value on a posts is governed by a consensus mechanism which all users are allowed be part of to a bigger or lesser degree based on their stake.
We are still trying to find equilibrium in where to biggest value is and are all able to voice our opinion. My hope is that by using these new tools the overall health of steem will increase.
One thing I agree with is that downvotes should not be used as punishment but as a way of bringing about a more balanced system.
Thank you for your comment, even though we disagree.

One thing i agree with this post There is something should be decided by @steemitblog to mention what is over reward and how much reward a post should have , Who is free to use bot or not if they are against to bots they should stop delegation system bots will be destroyed itself , steemit left steemians alone to rape each others rewards i do not feel this post have any shit i found many witness selfvoting themself but no one ask them what they do because they have massive power with them and every one afraid to downvote them so whales should stop using massive downvoting because it will destroy newbie interest in steemit no one will buy steem thats mean steem no gain since 12 days passed to new steem but steem no economical improvement seen

Blames witnesses for self voting, while self voting your own comments. What a tool.

Trying to herd cats is going to be frustrating.

In this case, it's more of trying to cat herds.