The First Second of Existence Was Insane | Answers With Joe 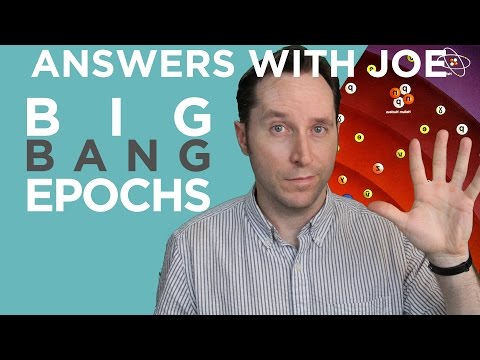 The first five epochs of the big bang took place in the first second of existence, and they were so weird that they almost created a bizarre anti-universe. I talk about how we lucked out.

In the first second of existence, the universe went through 5 different epochs:

Which ultimately created the particles and forces that make up our universe today. These particles went on to make hydrogen and helium atoms, which took 300 million years to turn into the first stars, a period in our universe often called The Dark Ages.

These stars fused the lighter elements into heavier elements, which eventually led to planets, solar systems, and us.

In my novel, I added to the strictly scientific answers a theory that there have been previous big bangs and universes, which collapsed - providing us with all you mentioned for creating the present universe. Because of this, the big bang carried with it the 'memory' of previous experiences and thus matter and galaxies were formed earlier than they should have been.