Derrick Pereira is A Welcome Choice For India 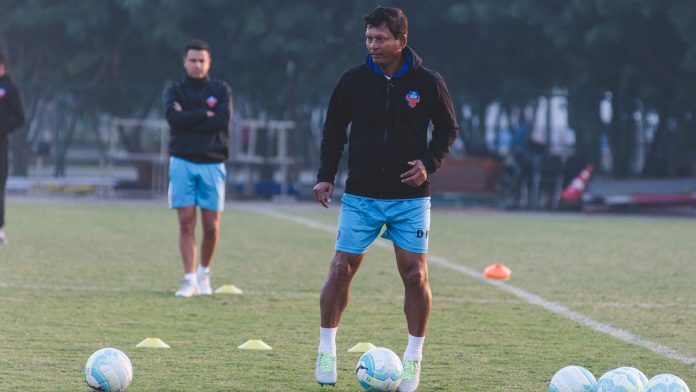 errick Pereira earlier this month was named as the Head Coach of India U-23 team for the upcoming AFC U-23 Championship Qualifiers in Uzbekistan. His appointment is refreshing considering the fact that AIFF always preferred having foreign coaches in-charge of senior/U-23 team. A good performance in the qualifiers might put Pereira in contention to take over as the head coach of Indian senior team. IFN was the first to report about AIFF’s interest in Pereira back in October.

I have been a big fan of Pereira since his Pune FC days, The Goan who is serving as the technical director of FC Goa for the last two seasons is known for his direct approach and has delivered some amazing results with relatively weaker teams on paper.

Pereira’s best days were at now defunct Mahindra United where he managed to win the NFL, Federation Cup, Durand Cup and a quarter finals place in the AFC Cup. Later He took over Pune FC in 2009,
Though He failed to win any titles at Pune his term with the Red Lizards was regarded as the best phase in his career as he helped them finish in top five for three consecutive seasons and also won the manager of the year award in 2013.

Derrick moved back to Goa and manage Salgoacar for two seasons where he had moderate success. He later took over DSK Shivajians in 2015-16 but failed terribly as the club finished at the bottom of the league. Mid way through the 2016-17 season He took over as the head coach of Churchill Brothers who were in contention for relegation and helped them to a mid table finish.

Derrick Pereira would bring fresh idea to the U-23 team compared to his predecessor Stephen Constantine who was often accused of being one dimensional. He is known to adapt to the team rather than enforce his ideas upon them. Though people who expect him to play possession based attacking football like FC Goa would be up for some disappointment.

Armando Colaco and Savio Medeira were the last Indian managers to be at the helm of a senior/U-23 team and had relatively short stints. Derrick would be hopeful of making some big impressions and take over as the manager of India in the future.