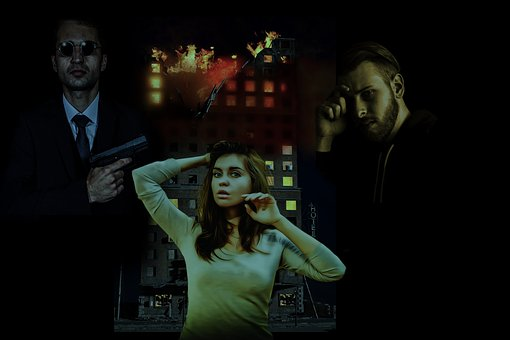 When I was in secondary school, violent clashes were widespread between schools and secret cults in Benin City.
Popularly associated with public schools, these clashes ranged from petty rivalries over inter-school football match results to all-out war between rival cults over dominance in a specific school. In my school, Ihogbe College, these clashes were frequent and often blamed on different - often slight, passable - provocations.

Cultism was rife in my school, and it became common practice to be approached at least three times by recruiters for these secret cults. In the three years I spent in junior secondary school, I had to rely on several excuses to escape joining one of those cults. Every day, after telling another white-lie excuse, I'd go home and beg my parents to remove me from Ihogbe college.

But my father would not have it.
According to him, Ihogbe was the best bet. Till this moment, I don't understand why that school was so important to my father - asides the fact that he knew some of the people in authority from his participation in Peace House non-denominational fellowship. The school was far from our home; there was the issue of cultism; and - what I think should have worried him the most - the standard of learning was terribly inefficient.

Despite all of these, my father insisted that I remained in that school. And I did. I was living in apprehension every day, afraid that soon I'd have my big break and get out of the situation; either through an uneventful death or by graduating.
When I was thirteen, and in JSS 3, I was accosted by three students from a rival school that was much closer to home. The boys, all bigger and, obviously, older than I was at the time, accused me of being one of the cult boys that attacked their school the previous day. They pushed me around, threatening to beat the hell out of me, but I remained calm. They had stopped me very close to New Benin market, and I knew a lot of people who traded in that market.

So, I baited the boys and allowed them to push me around for a few seconds before making a beeline for the closest block of shops. Luckily, an older man from my church traded there, and he immediately saw me as I dashed into the premise of the complex, with three boys hot on my heels. Gasping for breath, I explained to him that cult boys were chasing me, and he caught one of them by the scruff of his collar and delivered what I imagined was a resounding knock to the head.

When I got home that day, I threw a tantrum in my mother's shop. There and then, I declared that I was not going to school until they fixed me in a different school. When my father returned, he quoted scripture and explained that if it weren't God's plan, nothing would happen to me there. Then he promised that when I passed my junior WASSCE examinations, he'd transfer me to Edo Technical College or a private school. I took God's and my dad's words for it and was in school the next day. Big mistake.

But, here's something about this story that I may have been keeping away from you.
When I was in secondary school, I was incredibly stubborn. I was careless and rough and easily carried away. I would lose money given to me by my mother for specific errands and come home with stories. This unruly behaviour carried on to senior secondary school and prompted my father to start suspecting me of being a member of a secret cult. But, nothing of my unruly behaviour was appalling more than challenging my mother verbally. It enraged my father that he destroyed his hard hat on my head and punched my right eye black before knocking me out with an iron rod we used to fasten our sitting room door at night.

Yes, I was a problem child at that time — the worst among my siblings. My father would scream in my face after pummelling me with punches "what example are you setting for your brother?" and he would fling a shoe at my face, or toss a small wooden chair at me. It was wild. But I remained in Ihogbe. And whenever I showed up in school with a blackened eye, my classmates would ask what crime I had committed to deserve such beating.

In 2009, I was in SS1, fourteen years old and hardened by all I had gone through in that school. By this time, I was no longer running from fights or dodging assailants. Now, I was running towards them, enraged and ready to lose a tooth or a shirt button. By this time, I had started skipping classes to learn cycling and watch my friends play games in a nearby game shop. By this time, my father was fully convinced that I was too rotten to be salvaged. At home, I would exchange words with him, and he would beat the demons out of me before sharing God's words with me. It was a love-hate relationship. Now, I understand that he did much of that out of love. Then, I imagined he was taking out his anger on a poor orphan for whom he was responsible.

One Friday, after school, I was hanging around our classroom with my friends when we noticed people running towards the school gate with keen interest. The pattern of their movement resembled what was prevalent when there was a clash. We raced after the crowd and, true to our expectations, there was a battle happening just outside our school fence. I was running with one boy from my class, and we both ran up a tree that had fallen diagonally over wooden stalls by the school fence. As I raced up the tree, the roofing from one of the damaged stalls cut my left arm deep. But there was so much adrenaline running through me at the time that I didn't notice.

I was now on the elevated part of the tree, a vantage position from which my friend and I watched the clash below. We were engrossed in seeing the end of this battle when someone screamed from beneath us that blood was dripping on them. My friend and I laughed at what we imagined to be a metaphoric reference to how bloody the fight outside was. Then my friend screamed too, pointing to my left arm. That was when I first noticed the warm liquid that was squirming down my left arm.

In a split second between screaming in panic and jumping down from the tree, I realised that despite all my escapades in this school, this was my first real injury. In my head, I tried various stories to explain the incident but arrived at nothing. What was I going to say to my parents? What would I say to my father who already suspected my membership of a secret cult?

As I imagined, it was difficult to explain, especially to my father. My mother understood because the man who drove me home on his motorbike and refused to accept payment explained to her that the people who put me on his bike said a sheet of zinc cut me. My aunt understood because, despite my hard-headedness, I had grown up under her watchful eyes, an emotionally unstable introverted kid who read too many storybooks and knew nothing of mathematics. But my father refused to accept that explanation.

"how come na person wey no fight come house with injury?"
In his defense, the injury was pretty deep, and I still have the scar to remember it. But what I didn't understand was why, after this incident, my father insisted on keeping me in Ihogbe College till I finished secondary school.

Thinking of it now, I still can't bring myself to understand it. I have tried to engage in this conversation with my father many times. But his answer is always the same - God's plan was at work in my life. Maybe if I had died in one of those clashes, it would have pleased God. Another dead sacrifice, on the coal tar along I.C.E. Road.