Saint Seiya. And its mythological references. 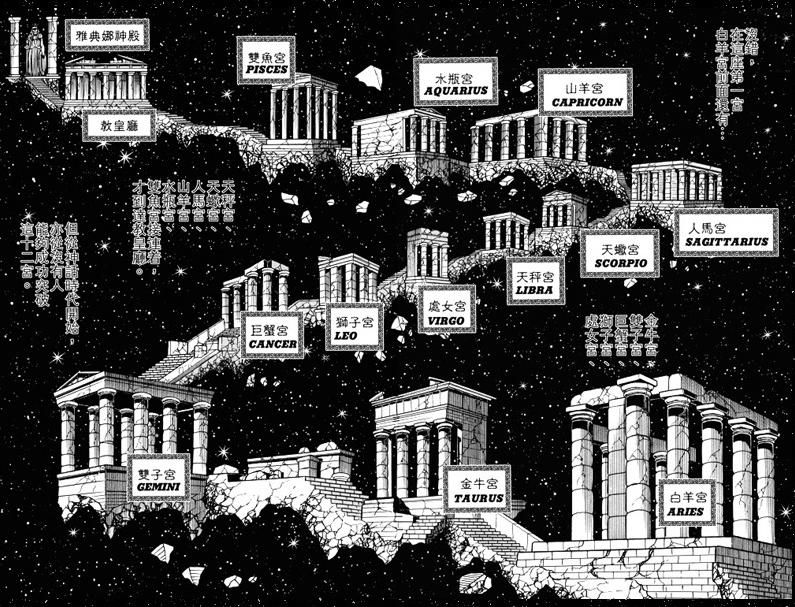 "The more difficult our battles are, the more satisfying our triumphs will be."

From Zeus, to Odin, the constellations and my zodiac sign everything had a reason, they were not mere drawings. Although it is true, I really like the universal history, a good part of this is due to this type of works such as the anime series, already classic, "Saint Seiya". This series, known to many, immersed us in this mythological world, especially Greek, which made our sign representative and pride, rather than esoteric. 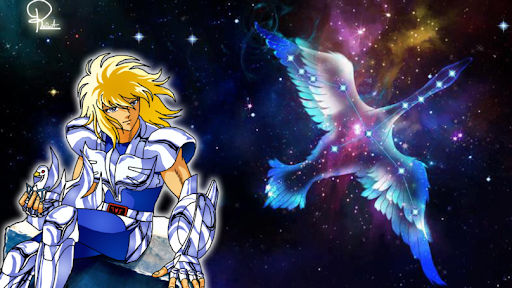 And as if not to rest on their laurels, several spin-offs of the original plot were made, these are: Saint Seiya Lost Canvas or the Lost Canvas, Saint Seiya Omega, Seiya Soul of Gold and Saint Seiya Saintia Sho. In this way, the already confirmed anime adaptation of the Saint Seiya Next Dimension manga is eagerly awaited; On the other hand, fans of Saint Seiya Lost Canvas expect its completion as it was canceled in its second season due to low acceptance in Japan, although in the world it did have a good impact, unfortunately it had no final outcome.

But today, what I want is to make a reference between the characters of the famous anime, and the mythologies known throughout the world, especially those based on Greek, Nordic and Asian culture. Let's see its great content.

Without further ado, let's quickly look at the various characters and the story of the original mythology.

Pegasus Knight: It comes from the mythological animal, from that winged horse that helped Perseus travel long distances in search of jellyfish. Mythological animal that was raised to a constellation, of the 88 that are recorded today.

Dragon Knight: It comes from the mythical animal in Europe and especially in Eastern mythology. Today it is one of the most referenced mythological animals in all cultural expressions in books, series, magazines, art, cinema and more. It is a constellation of the 88 existing ones.

Swan Knight: likewise comes from the constellation that of the Swan or Cygnus in Greek.

Knight of the Phoenix: refers to the mythical bird that is reborn from its ashes. Present in different cultures such as Greek, Roman, Chinese, Hebrews etc.

Andromeda Knight: who represents the sacrifice, since he accepted to be delivered, to a sea monster of Poseidon. But she was finally rescued by Perseus who, with the head of a jellyfish, turned the monster into stone. Finally Andromeda would be elevated to be part of the 88 constellations.

Orfeo de la Lira: based on the legend of the musician Orfeo's love for Euridice; who came down to the underworld by the death of his beloved and thus be able to return her to the world of the living with her musical magic; with a sad ending.

Argol de Perseo: this knight who carries a shield with the face of a jellyfish who has the ability to turn his opponent into stone if he sees it. Clear reference to the myth of Perseus and Medusa.

Babel of Centaurus: Here we can see a reference to two cultures: a Babel of Hebrew origin from the Babylonian culture; and Centaurus that refer to beings half man and half body of horse.

Peacock Shiva: disciple of the golden knight of Virgo. It alludes to the God of India Shiva, he is one of the gods of the Tri-murti, in which he represents the role of destroyer god along with Brahmá and Visnú.

Agora de Loto: Agora comes from the name of the assembly squares of the Greek city-states. While Lotus is known by all for the beautiful flower, and in the Hindu and Buddhist religion, for the Lotus position used by monks for meditation.

Basically these knights represent each of the zodiac constellations. In the series they protect the twelve houses of the zodiac. These houses were inspired by the Acropolis of Athens, and at the end of the houses the majestic Parthenon of Athens.

Throughout the history of Saint Seiya anime, Greek mythology has been his main source of inspiration; for that reason those that I will mention will be basically of that culture and something of the Nordic. Among the main representations we have Zeus, Poseidon, Hades, Athena, Apollo, Artemis, Odin, minor gods like Hipnos (God of sleep) and Thanatos (God of death), among others.

Finally, after this summary, I would need several posts to finish with so much reference to mythology and even more delve into the history of mythology; It is necessary to recommend to see this series that already has more than 30 years of diffusion and that today continues to spread throughout the world.

With new series even on Netflix, we can see almost all the aforementioned representations of this fascinating franchise. To those of my generation, tell me what attracted you most to this series, as you see, for me, mythology is one of its great successes and there are more, but we will see that in a future post. Until next time.

This post earned a total payout of 1.458$ and 0.729$ worth of author reward that was liquified using @likwid.
Learn more.