A mere thought: The horrendous sin of being a woman in the Middle East 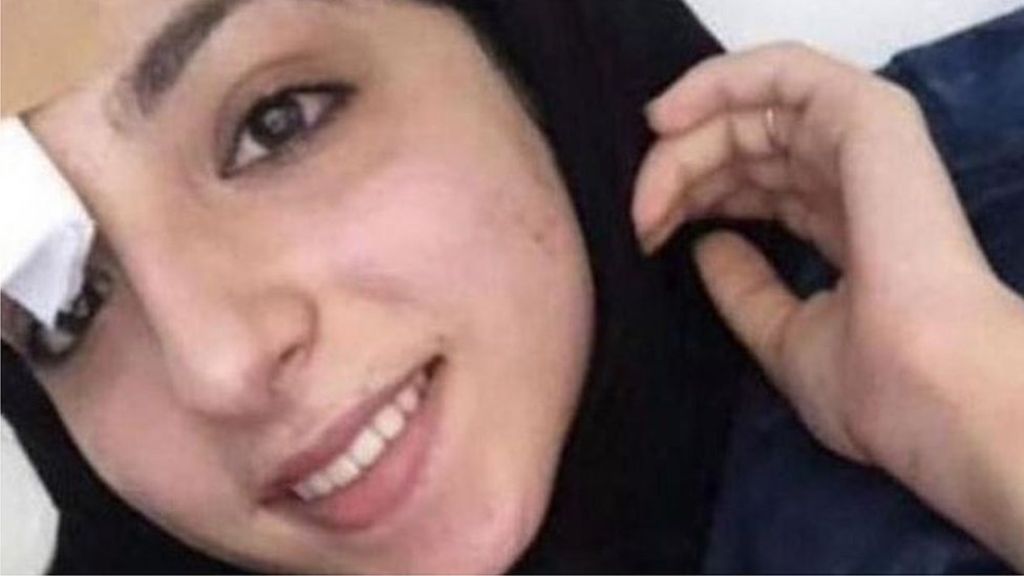 As I am writing this I find myself thinking about a quote from the sitcom "How I Met Your Mother", a quote that states "Nothing good happens after 2:00 a.m.,". I find it funny, not funny "haha", as nothing in this is going to be that kind of funny, but funny as for the fact that had I only slept 15 minutes ago, as of writing this, it would all have been ignorantly fine.

In order to get this piece on track I have to go back to August the 22nd last year and talk about the {Death of a Palestinian girl Israa Ghrayeb}(https://en.wikipedia.org/wiki/Death_of_Israa_Ghrayeb}

Israa Ghrayeb's death was caused by the audacity of her posting a picture she took with her fiance on Instagram. What followed is a series of actions that started with a jealous female cousin and ended with a brother returning from Canada just to beat up his little sister all the way to her death. Now angry as I could be at the fact that when I researched the aftermath four days ago and saw that no one was punished, I still brushed it off as a sign of changing times and saw the lack of punishment to everyone involved as a penalty of old laws and men. Israa's death was to protect the family honor, not due to anything wrong she did, but rather a big mouthed cousin and her family just wanting to stop people from talking.

Months went by, and I would see the occasional headline, a man beating up his daughter because she didn't make enough money on her daily job, bear in mind the daughter is seven and her job is begging people for money under the cold stormy rain in Baghdad. I would often hear work colleagues talk about what I could simply describe as statutory rape in an underage brothel.

Mena is your typical TikTok fame hungry teenager, seventeen to be specific, she does those short mindless, goalless, videos in hope of trending one day and become an influencer. Something along the line of this

So here is the reason that kept me up until now instead of sleeping three hours ago. The situation with Mena isn't as clear as I would hope as everyone seems to be sharing the version that suits their opinion. However, in its best version it is still quite infuriatingly horrible. So Mena starts a live stream to demand the government to make things right for her, a signature move for Arabs almost.

Warning: If you think the previous parts of this piece are too much to bear, know that the upcoming ones are ten times as brutal in details

Mena then carries on to talk about how she was going to have Iftar (Fast breaking at sundown) with a friend before she was ambushed by other people who then raped, beat, and filmed her. Not only that but she is also getting threatened by them . While, I skimmed through the previous events, here I will actually take things, piece by piece and provide pictures of comments by people along with translation.

This is a screenshot from the livestream, you might notice two similar comments of the word "تستهلي" written, that comment is simply translated to "You deserve it"

Bear in mind these comments are literally on HER liverstream, so she is reading them while talking about the traumatic experience

The first comment reads: A lefty "An Egyptian slang for immoral people" talking, this is is the first time I see a lefty talking

The second one by Ahmedhassn343: Should I upload the video of him taking your clothes off of you while beating you (And he adds a tasteful laughing emoji)

The fourth one: What right are you talking about? Let the Tok heroes make it right for you (Adding many laughing emojis)

First comment: This is the first time I enjoy others' pain, but this is better I swear

First comment: How about you show us your body

Second comment: Stop the shit you are doing and then ask for your right and stay away from this dirty path

But wait, there is more. these are responses highlighted from her Instagram or posts about her

First comment: By the way she deserves it and it is even better (It is not clear what exactly he is saying in Arabic, which is expected from an uneducated swine) and this is directed at the spinless person at home who let you do what you want

"Have you seen her Instagram? Have you seen what she does? A girl like this definitely did it because she wanted, and even if she was forced, she honestly deserves it and it is the consequence to her actions"

First comment: I have your video where you get slapped, girl
First reply: I need the video urgently
Second reply: where

Second comment: But the video with you without the pants is amazing I swear

Third comment: The video with you without your clothes with them "partying" all over you, what is its story?

Saving the best for last, the first comment says "Whoever wants Mena's video, come to" with people commenting about how bad they want the rape and violence video committed against a teenager. With most of the mentioned comments being on her Instagram account, Mena has people hating her for having the indecency of getting raped and beaten up. One could only pray that she won't encounter such horrible people again.

The psychology of rape and why it could destroy a woman's life is disastrous enough in itself when you don't have to encounter the aforementioned rapist, but imagine them continuing to stay in your life. Imagine being forced to keep living with them around, after the world finds out without being able to do anything about. Mena's chapter continues with with a video where she explains that "Nothing happened"

Mena decides to clarify what happened in a video

Through this video of the physically shivering Mena we learn the name of the previously accused of rape, Mazin, I say previously because Mena says in the video while being clearly shaken and anxious "Guys, there is no problem. but there were girls who caused friction between me and Mazin. The story of the rape (She pauses hesitantly) didn't happen, yes he beat me and (She stutters) deformed me as you can see" She stutters through her words as she tries to explain how girls caused friction between her and Mazin and then she closes with this about the guy who definitely beat her before walking away anxiously "The problem is over, there is nothing wrong now".

There is so much to say about this video, as it is clearly a lie. It doesn't make sense, the videos of her were leaked and one of them clearly shows her putting on her pants looking defeated with her swallowed eyes. She also says in the video that "They filmed her in spite of what they already did". The whole video wasn't convincing and they knew that, hence the need to upload a {follow up video}(https://twitter.com/ahmedomaraa_/status/1264272119191539712?s=20)

In this video she is sitting with Mazin and his friends as one of his friends explain she was talking nonsense because she was angry and now it is over. So basically, the one fact that wasn't denied is she did get beaten, there is a video of her getting dressed up and that video ends with her getting slapped in the face after being called names.

Now, I am not going to say with authority that it was rape or it wasn't, my conclusion is that it happened. But whether it happened the way it was told the first time, the second, or even the few times afterward, that is not the case. The case is focused around two main points, one is the people who believed it to be true and had no problem saying a teenager, who they believe to be a victim of rape, deserved it. The other point being the fact a beaten up a girl getting slapped on camera as she is putting on her pants looking humiliated as she is being called names, is okay in the eyes of the public and it is noteworthy that despite of the battery that is agreed by all parties involved to be a fact, nothing is being done about it.

Even though unlike Kim Kardashian's sex tape, Mena would be risking death or long time in prison, I am not naive enough to completely rule out the possibility that it could be a publicity stunt. But be it fake or real, the reactions of people whop didn't mind others knowing their names and how they look like is very much real and telling. It tells a story that if you are a teenage girl being a teenage girl you deserve to be raped and have people berate you as you are seeking their help with your rape story, berating that might have you left with no choice but to give up to your alleged rapist but definite abuser. Much like being a 26 years old doctor getting gang raped and subsequently murdered only to serve as a commodity to millions of frustrated deviants, deviants who see your torture and death necessary to pay for posting a picture with your fiance. Leaving us to conclude that while the majority is against these heinous acts, the people who are the loudest consider being a woman outside of home to be a sin.

It is shocking that these things still happen across the world. More shocking that we are in 2020 and women are still treated like they are worth nothings. Most shocking that some people are able to commit bad things to others and not even feel bad. Only God can save us from this evil. Stay safe. Resteeming.

Yeah, I figured enough cases were seen that they are enough for me to have a clear case.