Mulching My Garden Plot At The Community Garden 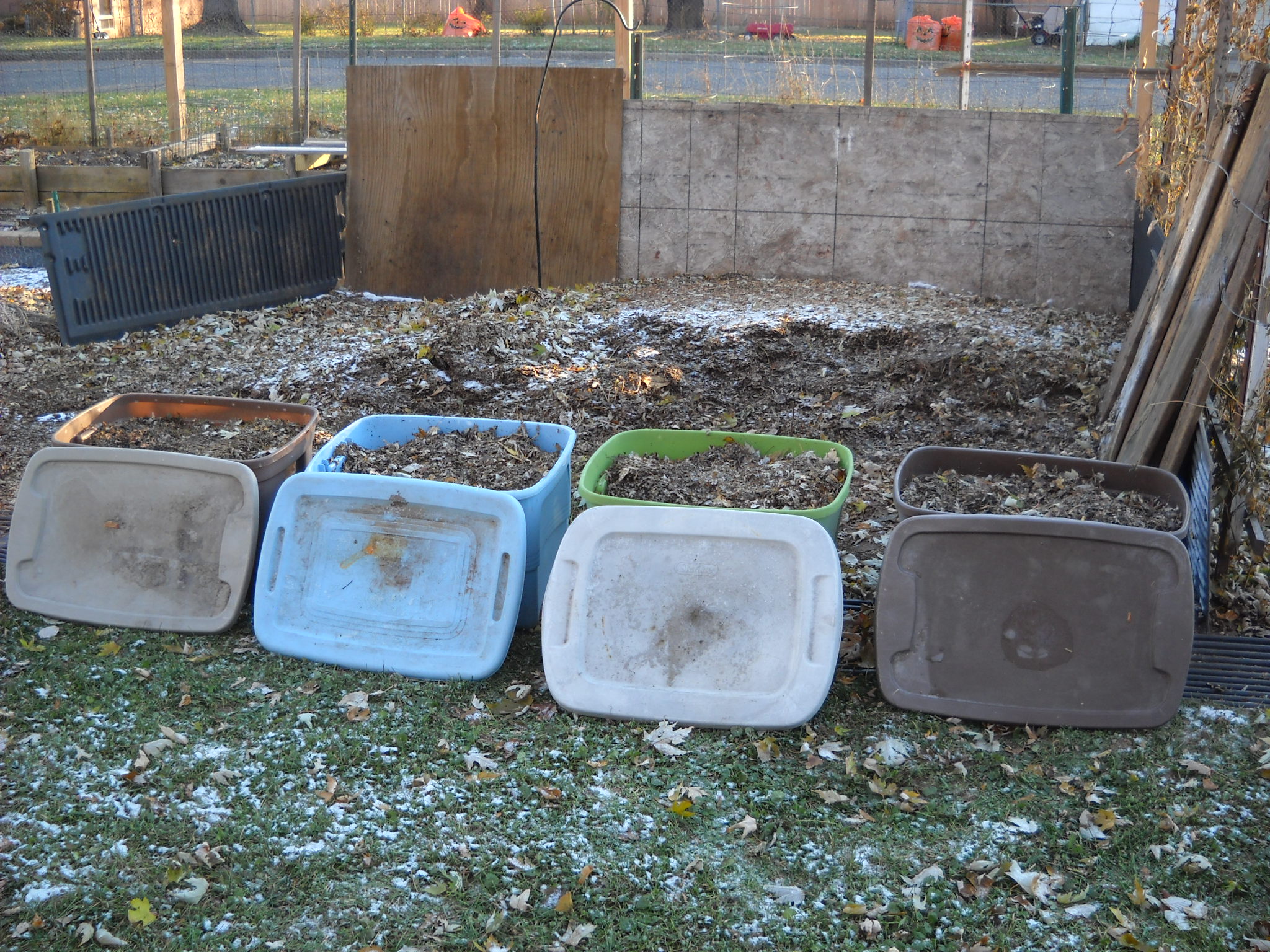 For today's post, I would like to tell you about putting shredded leaf mulch on my garden plot at the local community garden.

In my post from 10 days ago, I talked about how I shredded the leaves from the big maple tree in my back yard to make mulch for my garden at home.This pile of shredded leaves was large enough to be able to take some of it to use for mulch on one of my plots at the local community garden. A few days ago, I decided to haul some of the mulch to the community garden in some 18 gallon plastic totes. These are the totes after I filled them from the mulch pile.

I hauled the totes up to the garden in the back of my vehicle, an old Ford Explorer. I also brought my big sled to make it easier to move the totes at the garden.

It was a cold overcast day when I took the first 4 loads of mulch up to the garden. It was late afternoon and there wasn't much light left when I took these pictures. Here's the garden plot that I wanted to put the mulch on. This was a new plot for me and had not been used for several years before I rented it last spring. I know that this mulch will be helpful for next year's crops.

I hauled the totes to the garden plot with the sled and dumped them out.

After I had all the totes emptied into the garden plot, I spread it out with a rake. The 4 totes were enough to cover half the garden.

That was all I got done that day because it got dark before I could do any more.

Yesterday, I was able to take another load of mulch up to the garden. It had snowed an inch or 2 on the day before, so there was snow on the mulch pile. I scraped some of the snow out of the way where I was going to shovel the mulch into the totes.

Here's the full totes, ready to be loaded in my vehicle.

When I got to the community garden, it was starting to get dark. I scraped some of the snow off the plot where I was going to put the mulch, and I also had to pull out a couple of boards that I use for walking on in the garden plot. The snow is covering the mulch that I brought up there on the previous trip.

Using the sled to move the totes again, I dumped the 4 totes on the plot.

Then I spread out the mulch on that half of the garden plot with my rake.

That finished up the work that I wanted to do to this plot for the winter. The mulch will cover the garden for the winter, and next spring, the worms will come up and start eating the mulch and turning it into good rich garden soil. The mulch will also help to hold moisture in the ground. The dirt in this plot is sandy and doesn't hold water very well so the mulch should help with that.

That's all I have for this post, I hope you found it interesting!