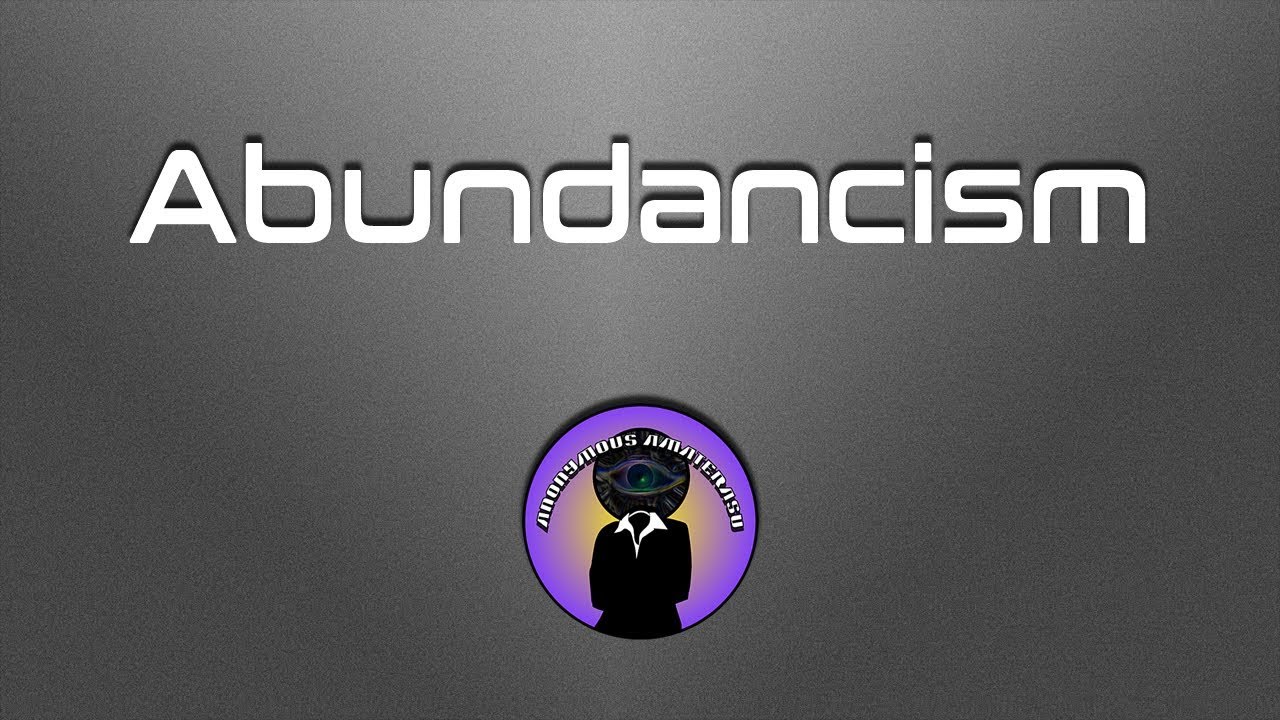 Abundancism is not #communism or #socialism

My father taught Me never to believe anything. He told Me to place probabilities and adjust them as new data come along, asking the question, "Does that explain what I see?," when evaluating data. He was an aerospace engineer, and worked with T Townsend Brown (see My featured vid). From a very early age I was concerned that the way I was told things worked, in terms of government and social affairs, did not explain what I saw. So the first few decades I worked to determine WHY this was.

I wound up in banking, seeing the flow of things in the headquarters of a major bank in Los Angeles. I became intimately familiar with the flow of money, and economics. I asked the question, "Why do We use money?"

When the web arrived, My research capabilities flourished, and I learned much that explained what I saw, but the only explanations I found for why We use money started with trade and barter, which are still money in a direct form, and did not answer the WHY. Then, I came upon the explanation that these were used because, with a finite amount of stuff, it was to ensure that We got Our "fair share" in a scarcity environment, in exchange for the work We added.

From this I realized the WHY. We were accounting for Our energy input into things. And that We needed to do this because the Human energy was scarce compared to what We needed to be produced (back then).

I also discovered that over half Our planet's wealth was "owned" by fewer than 100 Humans...

I was very interested in psychology, too. And studied it deeply, being fascinated by psychopathy, focusing on that aberration, learning that They had discovered a gene that manifested Individuals who were incapable of love, compassion, caring, and empathy for Others - primary psychopaths. Seeing that the wealth was so disproportionate, and that the families who "owned" it inbred, what would explain what I saw would be that They wanted to retain that psychopathic gene. Given that the wealth could feed, clothe, house ALL of Us (and give Us freedom) abundantly and many times over, and yet None set forth to care for Humanity, I had to give probability approaching 100% that They are psychopaths, as that explains perfectly what I see, and answers My quest for why the way I was told things worked did not explain what I saw.

And I asked... If I was a psychopath, with enough wealth to buy anything and anyOne I wanted to, and given that money = power (power over Others is something psychopaths seek), would I be motivated to create a false "reality" for the masses and thereby manipulate Them? I think You can figure out what answer I came up with. And would that explain what I see? Absolutely.

Now, given that money is merely the accounting token used to account for Our Human energy, it would follow that free energy would threaten fully the accounting for Our energy. If I was a psychopath, with enough money to buy sites like Wikipedia, the media, the education system, etc., would I do all I could to suppress and hide free energy?

And given I personally know that electrogravitics offers both gravity control and energy from the aether, and that it went into black projects, such efforts to hide and suppress would explain what I see completely.

So I am neither a "conspiracy theorist," nor am I a "conspiritard," but rather... I am a conspiracy analyst. And given this analysis, knowing that conspiracies are the NORM in history and that they didn't just stop some years back, it is difficult to offer explanations of things without what I see as a vital part of the picture.

I AM anti-New World Order - A Better Way
http://tapyoureit.boards.net/thread/9...

Visit Me on steemit: https://steemit.com/@amaterasusolar
.