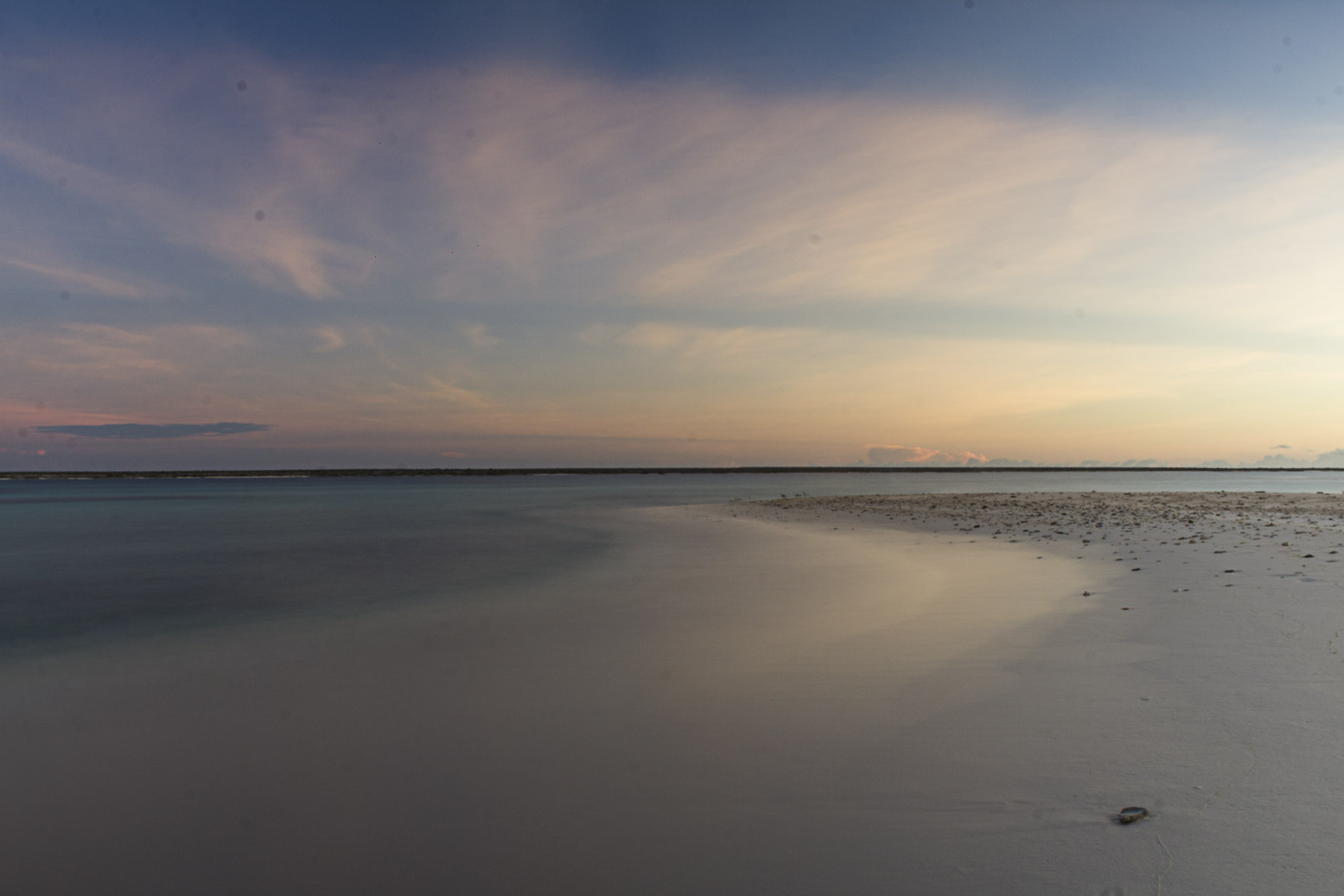 Dedicated to my son David Alejandro, my wife Axelis Castillo, my mother Agueda Leiva and my sister Karen Varela Leiva.

It's almost 3 and a half hours sailing by speedboat from the Higuerote coast ... on a yacht it can be a 5 to 6 hour cruise sailing in the Caribbean Sea.

A journey of pure marine horizon and the odd seagull difficult to photograph with a telephoto lens.

The landscape and the vastness of the Caribbean Sea makes you feel tiny... The journey invites reflection.

La Tortuga Island is a group of paradisiacal islands of Venezuela, included within the Venezuelan Federal Dependencies.

The archipelago is one of the most resulting tourist wonders of the American continent and is one of the last virgin places in South America compared to others such as Los Roques, La Blanquilla, Margarita and Coche Island.

The group of islands is located in the south of the Caribbean Sea about 85 kilometers from the coast of Higuerote!

After two hours of navigation, a pack of dolphins animated the log, jumping to locate some other pack, observe the surface, communicate or for fun. The large amount of light in the environment allows you to capture your jumps with high shutter speeds and the closed diaphragm.

Then you can see the uninhabited island of La Tortuga, being this the second largest island in Venezuela with about 156 square kilometers. A sun-whipped island, where few mammals can be seen ... Only few wild goats left by former Dutch pioneers who had a salt mine and were expelled in 1638.

The turtle can also be visited by private plane, landing on a small track maintained by the same pilots and customers.

Then we could see other islands that are part of the archipelago such as tortuguillas and caradura horseshoe.

The Herradura key is of special tourist interest, visited sporadically by fishermen aboard peñeros, navigators aboard sports boats, yachts and sailboats ... It is the place where we will notice.

There are tourist companies that make the island more accessible, who offer packages with meals and transfers in boats such as peñeros, cruise ships and sports boats.

The key is about 1600 meters long, characterized by being a small tongue of white sands, coral sediments, small bushes, a lighthouse and having the Tortuga Island in sight. Everything can be photographed with a wide angle lens with the diaphragm closed for greater focus area or depth of field.

In the place there is so much light that I did not use the flash, playing with natural lighting to show textures thanks to the strong shadows and the possibility of playing with the backlight.

Herradura is traveled in less than half an hour. At one end there is a marine pool and at the other end there is a meeting facing the waters on a sand blanket which usually disappears when the tide rises a lot the waters come together. The sand does not heat or burn the feet because it is formed of coral sediments.

There are small fishermen ranches with migratory human presence, who usually extend their nets during the afternoon.

I really enjoyed taking long exposure photographs, inspired by the colors of the sea, the sand, the sky and the constant movement, keeping the shutter open for 60 seconds in almost every shot.

The sun on the island is inclement and if you are going to take time to take the photographs, you should protect yourself with sunscreen, lycra and hat since the sand and the sea are a natural light bouncer and the beauty of the landscape could be hostile to you, especially if you are going to take long exposure photographs using Neutral density filters. The sea wind is nourished by small drops of water, sand and you can feel a film of salt on your skin, so I had to clean the equipment constantly taking special care not to cause damage to the optics.

There is little vegetation which is very low or there are mangrove areas.

In the key you can breathe security and tranquility day and night, ideal for meditation, writing and philosophizing.

Herradura Cay offers spectacular landscapes, adorned with the constant visits of migratory birds that are usually grouped at sunrise and sunset. I could see seagulls and pelicans.

Researchers have inventoried ten migratory species, including the American cuckoo and the North American osprey that winter in Venezuela.

The garbage that some careless or arrogant tourists can leave in the area is a problem that not only harms the landscape, but also the species that live there.

I visited different lowlands of La Tortuga island and the two keys known as Los Tortuguillos, finding sports boats and other visitors enjoying the place that looks like a fantasy for its different shades of blue.

Different places like Punta Delgada, Punta Oriental, Carenero Bay and I explored some basses and reefs.

The water is immaculate, homogeneous, transparent and abysmal stillness with blue sunflowers where turquoise predominates.

The sky always shows a relentless sun despite its light being blurred on many occasions by clouds frightened by the constant sea breeze that relieves the skin from sun exposure.

The sky is very changing allowing you to appreciate the celestial vault of infinite blue of the sky or have the feeling of being close to being visited by a storm that never comes.

The fragile balance of being in Paradise must be careful with good logistics. The ecological balance must also be in our consciousness constantly, since the main wealth of the place is beyond the sun and sand.

Under the water there are numerous species of fish and I could observe a lot of dead coral.

La Tortuga truly a paradise that very few people have the privilege to visit.

La Tortuga must be a protected place to save it from contamination.

Photographs and written essay for the audiovisual production "La Tortuga Island, a hidden paradise in the Caribbean", a documentary short film.

This is Love Letter from God to You.
Message us on Discord 😍🤗❤
https://discord.gg/vzHFNd6